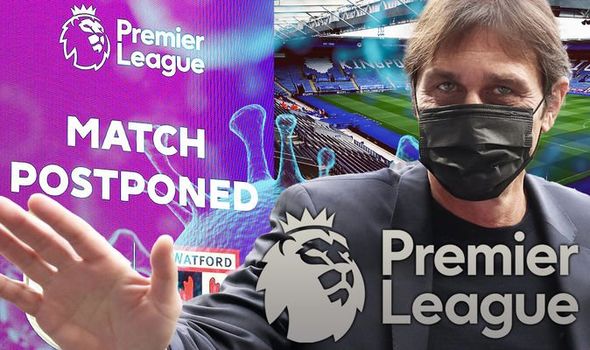 Several Premier League clubs are reportedly keen on a ‘shut down’ of all top-flight football until 2022 to protect the safety of their players and staff and the integrity of the division. The Premier League chiefs are now facing some tough decisions as the Omicron variant of COVID-19 threatens to take hold of English football as infection rates continue to soar.

While hospitalisations and deaths are down year-on-year due to the UK’s vaccination programme, the new variant is still highly-transmissible and the Premier League recently recorded their highest-ever number of positive cases (42).

Since then, there has been a number of new outbreaks and matches postponed after Brighton vs Tottenham became the first Premier League game of the 2021/22 campaign to be waved off.

This week, Brentford’s clash with Manchester United was postponed and between the two clubs, there are now reportedly 32 positive cases amongst players and staff.

Burnley vs Watford and Leicester vs Tottenham have also been postponed and the developments have seen Brentford boss Thomas Frank call for all of this weekend’s matches to be called off.

“We think we should postpone the full round of Premier League games this weekend,” Frank said. “Covid cases are going through the roof at all Premier League clubs; everyone is dealing with it and having problems.

“To postpone this round and also the Carabao Cup round [next Tuesday and Wednesday] would give everyone a week at least, or four or five days to clean and do everything at the training ground so everything is clean and you break the chain.”

According to ESPN, several top-flight clubs are now eager for the Premier League to declare a break in play until 2022.

It’s claimed many teams are in favour of suspending games until the weekend of January 8-9 when the FA Cup third round is scheduled to take place.