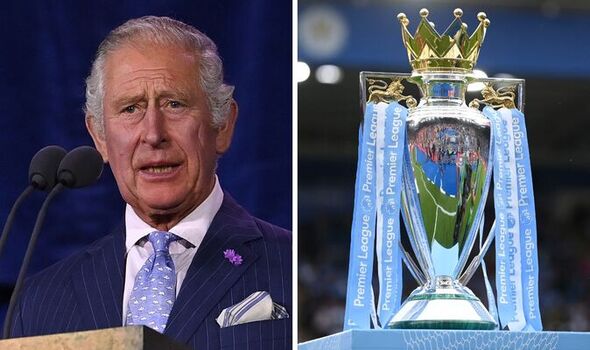 The Premier League schedule will be faced with further disruption in 2023 following confirmation that King Charles III’s coronation will officially take place on May 6. Government officials have been drawing up plans for the ceremony following the completion of the UK’s 10-day period of mourning after the passing of Queen Elizabeth II.

Great Britain has not held a coronation ceremony for nearly 70 years when the late Queen was crowned on June 2, 1953.

King George VI had been crowned some 16 years earlier in 1937 when Her Majesty was just 11 years old.

Despite claiming the throne on September 8 following is mother’s death, King Charles will officially be crowned alongside his wife Camilla, Queen Consort.

In doing so, he will become the oldest monarch to ever be crowned in British history at 73, although the King will turn 74 the following month in June.

Sport is once again expected to come to a standstill, just as it did following the death of Her Majesty.

A full round of Premier League fixtures are currently scheduled to take place on the weekend of May 6, as the top-flight season begins to near its conclusion.

Premier League leaders Arsenal travel to Newcastle in arguably the most high-profile match of the weekend.

Liverpool host Brentford at Anfield and Chelsea travel to the South Coast to face high-flying Bournemouth, who have turned their season around following the sacking of Scott Parker.

Other fixtures include Fulham vs Leicester City, Nottingham Forest vs Southampton and Wolves vs Aston Villa.

The Premier League, who are already facing a fixture pile-up due to November’s World Cup in Qatar, are expected to announce their official plan of action for the affected fixtures in due course following consultation with the government.

Initial fears had been raised for the FA Cup final amid suggestions King Charles’ coronation could be set to take place on May 14.

The coronation is likely to be one of the biggest security operations London’s police force has ever undertaken.

“The Coronation Ceremony will take place at Westminster Abbey, London and will be conducted by the Archbishop of Canterbury.

“The Ceremony will see His Majesty King Charles III crowned alongside The Queen Consort.

“The Coronation will reflect the monarch’s role today and look towards the future, while being rooted in longstanding traditions and pageantry. Further details will be announced in due course.”