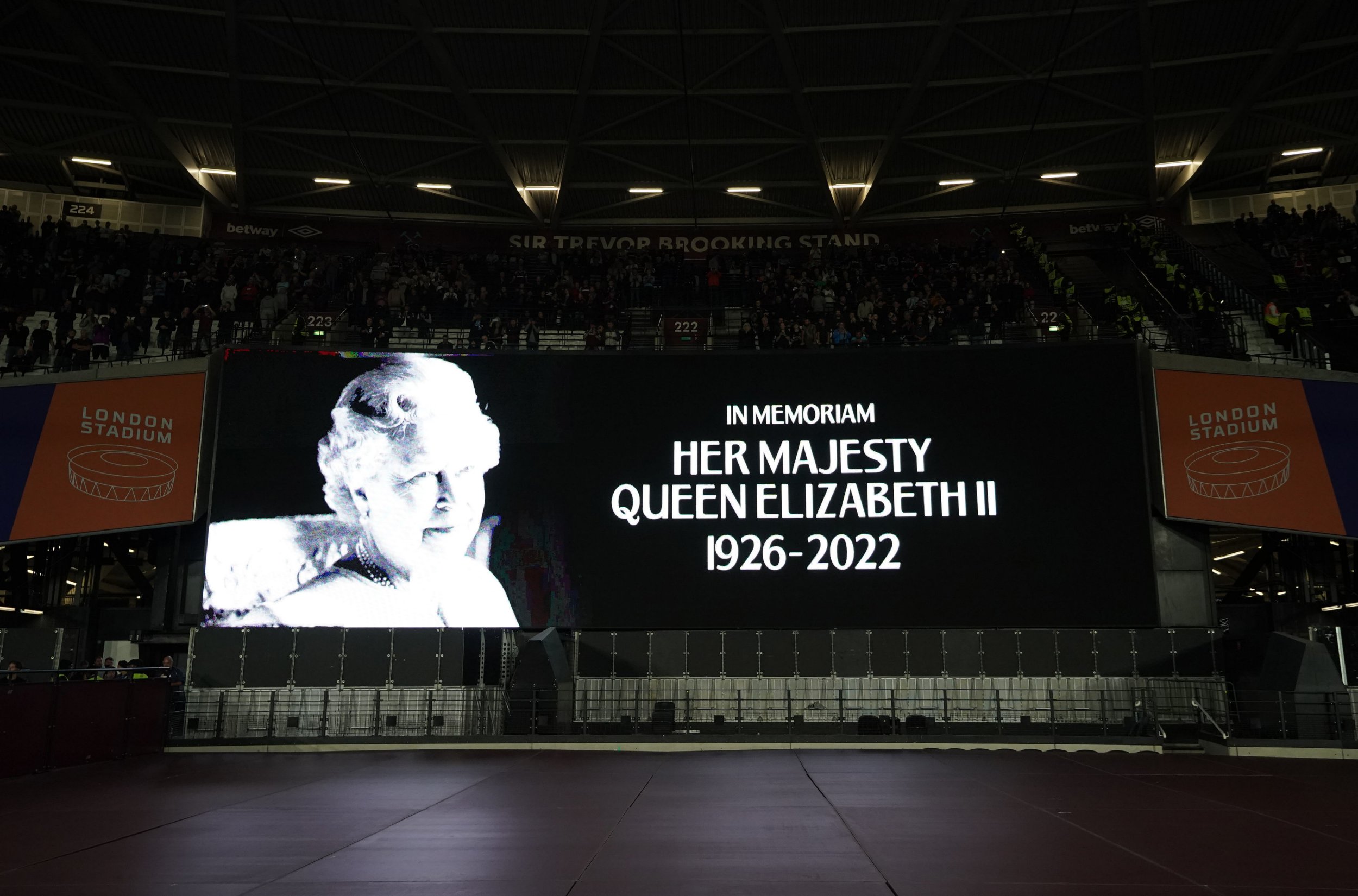 This weekend’s Premier League matches are ‘almost certain’ to be postponed following the death of Queen Elizabeth II as the United Kingdom enters a period of mourning.

The nation will come to a standstill to commemorate and pay tribute to Her Majesty’s 70-year reign with 10 days of official mourning, meaning the sporting schedule will be halted as a result.

An official announcement is not expected until Friday morning, with sporting associations waiting to be led by the Department for Digital, Culture, Media and Sport (DCMS).

But the Daily Mail are reporting that Premier League clubs believe it is virtually certain that this weekend’s matches will be rescheduled.

Manchester United and West Ham both played home matches in the Europa League and Europa Conference League respectively on Thursday night, but that decision was predominantly taken by UEFA and was heavily influenced by away fans having already travelled to the UK.

A full round of Premier League matches is scheduled for this weekend, beginning with a lunchtime kick-off between Fulham and Chelsea, but the games would need to be replayed at a later date – likely in 2023 due to the fixture build-up caused by the World Cup later this year.

The EFL has already confirmed that its Friday night matches – Burnley against Norwich in the Championship and Tranmere Rovers vs Stockport County in League Two – have been postponed.

Her Majesty Queen Elizabeth II has died after 70 years on the throne, with her death announced by Buckingham Palace on September 8, 2022.

She died at the age of 96 surrounded by her family at her home in Balmoral, including her son and heir to the throne Charles, the Prince of Wales, and her grandsons, the Duke Of Cambridge, Prince William and the Duke of Sussex, Prince Harry.

Football League matches for this weekend are also expected to be postponed, though an official statement will not be made until Friday morning with leagues and clubs wary of making logistical announcements so soon after the Queen’s death.

The EFL’s statement read: ‘A determination regarding the remainder of this weekend’s scheduled fixtures will be made following a review of the official mourning guidance, in addition to further consultation with DCMS and other sports on Friday morning.’

Other sporting events have already been postponed, with golfing action at the BMW PGA Championship at Wentworth immediately suspended when news broke of the Queen’s death at around 6.30pm.

Friday’s play in the third Test match between England and South Africa at The Oval has also been called off, with the series decider in danger of not being played at all now.