Premier League clubs have been told their players and staff will now be forced to self-isolate for 10 days when they return from any overseas trip.

It comes as the Premier League confirmed just two new coronavirus cases for the third straight week – the joint-lowest of the season so far.

There had previously been no specific restrictions on those arriving back from Champions League, Europa League and international ties outside the UK.

But the new UK Government guidelines were provided to all 20 Premier League clubs on Sunday.

Players will still be allowed to train and play in matches but will have to quarantine in the same way as the general public and can only leave home when entering their elite sporting environment.

Players can reduce the isolation period to just five days on the provision of a negative COVID-19 test.

The rules state that anyone who goes on international duty must remain in their sporting bubble at all times while away, in order to avoid a spell of unconditional isolation once they return. 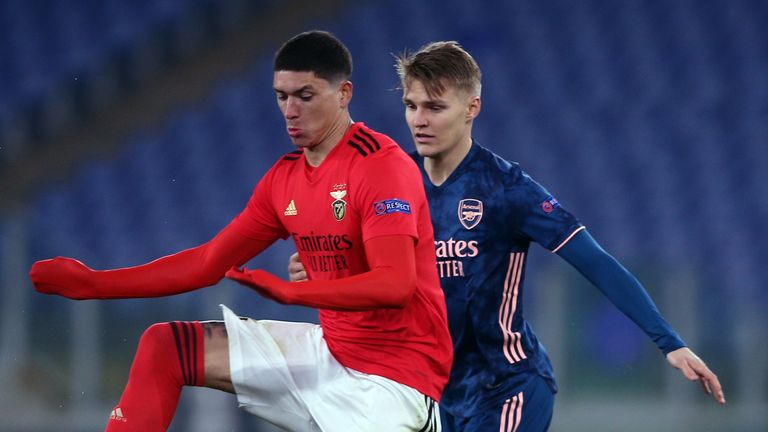 If a player exits the national team’s bubble – to visit friends or family – that will invalidate their quarantine exemption and they must self-isolate for 10 days.

The latest guidance also removes the quarantine exemption for new signings, as well as managerial and coaching appointments.

It will have a direct impact on teams involved in European competitions this week.

Chelsea play Atletico Madrid Bucharest in the Champions League on Tuesday while Manchester City face Borussia Monchengladbach at the Puskas Arena in Hungary on Wednesday.

Arsenal travel to Greece on to play Benfica for the second-leg of their Europa League last-32 tie on Thursday due to Portugal being on a ‘red list’ of countries drawn up by the UK government.

Across two rounds of tests between February 15-21, there were two positives out of the 2,633 players and club staff tested.

That figure is the same as last week and the week of February 1-7, making it the joint-lowest total of the season so far, and a significant drop from the record 40 cases between December 28 and January 3.

“Players or club staff who have tested positive will self-isolate for a period of 10 days,” the Premier League said.

“The Premier League is providing this aggregated information for the purposes of competition integrity and transparency.

“No specific details as to clubs or individuals will be provided by the League and results will be made public on a weekly basis.”