The superstar players and big-name managers of the Premier League will be given special presentations this week to overcome the ‘biggest hurdle’ to the return of football – convincing them that it will be safe.

In two separate video conference sessions they will be given extensive and highly detailed information about Premier League plans for what has been dubbed Project Restart.

They are scheduled for midweek, just before extensive coronavirus testing begins across football from Thursday.

Presentations will cover myriad areas of concern – protecting the health of players, protocols around training and matches, the rationale for using neutral venues, who has to wear masks where and when.

“It will be very important,” one club executive said yesterday. “The biggest hurdle to football returning is players being fearful of getting ill. They have to feel that it will be as safe as possible.” 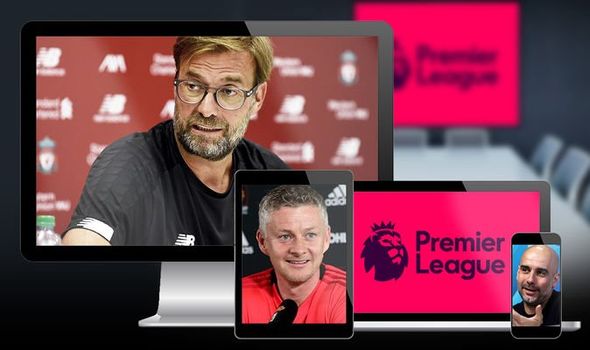 The question is stark and urgent for English football. Is there anybody with enough power and authority to end the open conflict which has torn apart the Premier League?

It will be answered when the warring factions meet for what is anticipated to be a stormy meeting of the 20 clubs as they convene to discuss plans for a resumption of Premier League action.

Battle lines are being drawn over contentious issues like staging matches at neutral venues, fears over the health of players, and even ruling out relegation this season.

A plea for the clubs to make peace came from West Ham vice-chairman Karren Brady, who said: “The Premier League prides itself on unity.

Listen to the thoughts of Watford chairman and chief executive Scott Duxbury and you will understand why such an outcome is far from likely.

“There is no altruism in the Premier League,” said Duxbury.

“There are 20 different vested interests, which sometimes align but more often than not work purely to protect each individual club.

“Critics will say my position (against using neutral venues) is founded on self-interest — and they would be absolutely right. I have a duty to protect my club.”

No ‘pride in unity’ is on display there.

The deeply fractured mess in the Premier League stands in clear contrast to the German Bundesliga, which is all set to start playing again next weekend.

Over there, the league’s chief executive Christian Seifert was empowered by the clubs to work on their behalf in formulating a plan and then negotiating with the German government.

Their trust paid off. He has delivered — and individual clubs are happy to have been spared criticism and hostility from those opposed to sport returning.

Football quiz questions and answers: 15 questions for your pub quiz 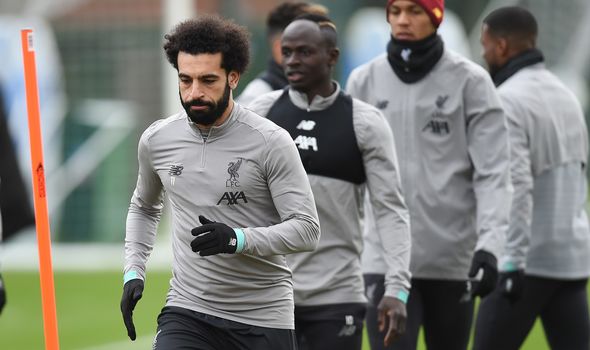 Former Bolton player Fredi Bobic, now sporting director at Eintracht Frankfurt, said yesterday: “We are doing everything from a medical and organisational point of view to make games possible again, and in this regard Seifert has done a fantastic job.”

The Premier League cannot replicate anywhere near this level of cohesion.

Seifert has been in his job for 15 years, and he has strong contacts at the top of German politics.

His counterpart here, Richard Masters, has been in post only a few months, and was third choice for the role when appointed.

To point the finger of blame at the executive leadership of the Premier League, as some clubs are now privately doing amid their noisy squabbling, is outrageous.

What the clubs have asked Masters and company to do is figure out the details of how, when and where football can return.

This work has been extensive — and will be presented to players and managers this week in two video conference sessions.

Before then, the 20 clubs have their latest shareholders meeting tomorrow, which involves owners and chief executives, but a vote on approving the plans for resumption has been delayed for at least a week due to the public wrangling of the past few days.

Who can bring them together?

It’s far from obvious given the diverse ownership of clubs. They all love money, but they couldn’t care less about a collective vision for the greater health of English football — not when they come from the USA, China, Russia, Abu Dhabi, Italy, Saudi Arabia and Thailand.

That’s the hope of one manager I spoke to yesterday, who said: “What’s happening now doesn’t make the game look good.

“In the end it may be the financial imperative of getting back to football that will prevail. That, and being able to persuade the players it is as safe as possible to return.

“There is also the factor of Germany getting back to action. If they make a success of it and then here in England we decide not to play, what will football fans think of that come June and July?”

Among the players waiting for details about medical welfare and training protocols is Liverpool star Virgil Van Dijk.

He is among what is thought to be a considerable majority of players who are eager to return.

“It’s difficult not to be out there, to show our talents and to work hard,” he told BT Sport yesterday.

“The feeling you have now is something you’ve never had before — and it makes you appreciate football a little bit more.”

Van Dijk’s words are heartfelt. The power-brokers ought to be listening.