The structure of the English football pyramid has come under the spotlight this week after Manchester City chief executive Ferran Soriano said the English Football League was not a sustainable business even before coronavirus.

Soriano suggested a restructure and the introduction of Premier League ‘B’ teams in lower divisions, a notion rejected by EFL clubs four years ago.

The deepening Covid-19 crisis is threatening the very existence of some football clubs – with Macclesfield Town wound up last month and Southend United’s case adjourned for now – and all the while teams in the EFL are resuming battle in their bid to climb one rung up the football ladder.

For players, that journey to reach the Premier League can often be achieved with the clubs they played for in the Championship or below, but it can also arrive when a top-tier club comes calling.

What does the data say?

Last season, 39 players cemented Premier League moves from EFL clubs – the highest number since 44 made the switch during 2011/12.

Premier League cash is also flooding into the lower-tier coffers, with a record estimated sum of £250m sent down the three divisions for transfer fees last season, according to transfermarkt.

Much of this cash comes from Premier League clubs raiding top talent from relegated teams, as was the case with Nathan Ake, Callum Wilson, Aaron Ramsdale, Abdoulaye Doucoure, Jamal Lewis and Ben Godfrey this season.

West Ham have snapped up EFL talent more than any other club while in the top flight over the past 16 years, with 31 acquisitions, including the likes of current stars Bowen and Michail Antonio – followed by Crystal Palace (27) and Stoke (25).

Tottenham and Sunderland are next up, with Spurs most notably signing Gareth Bale from Southampton in 2007 before the Wales international soared to Galactico status at Real Madrid and rejoined the club on loan this summer.

In terms of EFL clubs selling or losing players to Premier League teams, Leeds have shipped out 31 to England’s top flight while battling in the lower rungs, followed by Birmingham (27) and Charlton (20).

Back in 2007, Gareth Bale left Southampton when the club were in the Championship to join Tottenham in a £10m move, and a successful spell at Spurs followed – only after that famous 24-game winless streak to begin his career in north London – with the Welshman twice named the PFA Players’ Player of the Year.

Come 2013, Real Madrid broke the world-record fee for Bale, signing the forward for £86m and he went on to win four Champions Leagues and two La Liga titles with the club.

He has since returned to Spurs on a season-long loan, and will be looking to renew his love affair with the club when returning to action for the Premier League side.

Deli Alli is another success story having made the leap from MK Dons to Spurs in 2015. The midfielder made his England debut that same year, and was named the PFA Young Player of the Year in 2016 and 2017.

Theo Walcott, meanwhile, left Southampton in 2006, joining Arsenal during a summer which also saw the striker named in Sven-Goran Eriksson’s England squad for the World Cup – though he did not play in the tournament. 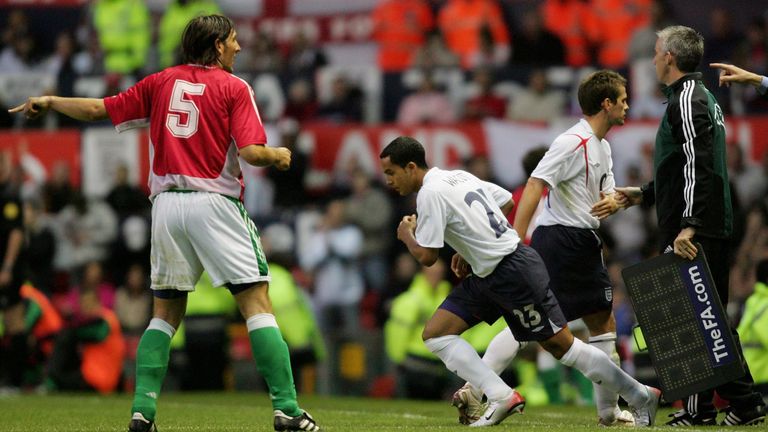 Alex Oxlade-Chamberlain is another Southampton export, having left when the Saints were in League One in 2010-11 to join Arsenal, where he spent six years before signing for Liverpool.

Current Manchester United captain Harry Maguire was a League One player with Sheffield United six years ago. The Blades have since reached the top tier, with the defender doing likewise when moving to Hull in 2014.

Maguire then impressed at Leicester before joining United for £80m in 2019, making him the world’s most expensive defender.

From £80m to £2m, with Tim Cahill proving a bargain when joining Everton from Millwall in 2004. The Australian scored 68 goals in 278 appearances for Everton and played 108 times for his country.

Darren Bent was just 17 when he played five Premier League games for Ipswich Town in 2001-02. The club got relegated that year but Bent secured a move to Charlton Athletic for £2.5m three years later, going on to join the Premier League ‘100 Club’ with a total of 106 top-tier goals for Ipswich, Charlton, Tottenham, Sunderland, Aston Villa and Fulham.

Meanwhile, Manchester City saw the potential in Joe Hart back in 2006, signing him from League Two side Shrewsbury Town and putting him out on loan at Tranmere and Blackpool before his one-season spell at Birmingham City saw him make the 2009-10 Premier League Team of the Year. 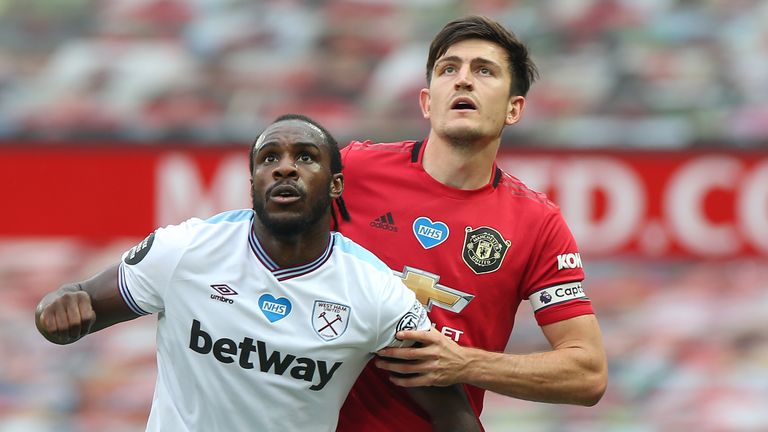 It was enough to convince City to make him their No 1 goalkeeper, likewise England, and Hart went on to lift the Premier League twice with the club in 2012 and 2014.

Kyle Walker could win his 50th England cap in the upcoming international games and it all started for him in the Championship with Sheffield United.

Tottenham quickly realised his talent, plucking him from the second before sending him back on loan to Bramall Lane and then to Queens Park Rangers.

Walker soon returned to Tottenham and became a hit at White Hart Lane before moving to his current club, Manchester City, for £50m in 2017.

Current England goalkeeper Nick Pope is pushing for the No 1 role for his country, with the Burnley shot-stopper forcing his way into the Premier League side after ousting Tom Heaton and shining at York City and Bury on loan from Charlton.

Another player looking to make his impact for England this year is Dominic Calvert-Lewin, whose form for Everton has exploded this season.

Calvert-Lewin is set to make his senior England debut against Wales on Thursday night, four years on from a loan spell in League Two with Northampton Town from Sheffield United.

Other strikers who deserve honourable mentions are Peter Crouch, who joined Aston Villa from Portsmouth in 2002 and went on to score 108 Premier League goals across six different clubs, as well as Antonio who swapped Nottingham Forest for West Ham in 2015.

Players who thrived after promotion

Look no further than Jamie Vardy, whose meteoric rise is well documented given he was scoring goals for Fleetwood Town in the Conference Premier in 2011-12 and then lifting the Premier League with Leicester City four years later in 2015-16.

The striker helped Leicester to promotion in 2014, and after a difficult first season saw the Foxes almost relegated, Vardy netted 24 times on the way to their Premier League triumph.

The 33-year-old surpassed 100 Premier League goals last season, the campaign he won the Golden Boot for the first time when scoring 23 times.

Strikers often face the most immense pressure of all positions when it comes to stepping up to the Premier League, but few did it better than Kevin Phillips.

Callum Wilson enjoyed a fruitful season in the Championship with Bournemouth on their journey to promotion in 2014-15, and after five seasons with the Cherries the striker joined Newcastle this summer in a £20m move.

Back in 2006, Ashley Young helped steer Watford to the Premier League, but just a few months into their first campaign back in the top tier the winger moved to Aston Villa for £9.7m in January 2007.

Four years later Manchester United bought the, by-then, England international for £16m, and though he has since joined Inter, Young left Old Trafford as a Premier League winner from 2012-13, also winning the FA Cup, League Cup and Europa League with the club.

Depay to Barcelona is 'OFF' as Dembele's Man United talks collapse

Dean Smith: Grealish is working hard in the gym to cope with fouls

Jose Mourinho: Tottenham not looking at Premier League table yet
Recent Posts
This website uses cookies to improve your user experience and to provide you with advertisements that are relevant to your interests. By continuing to browse the site you are agreeing to our use of cookies.Ok