Liverpool began the weekend before the final international break of 2020 at the top of the Premier League table. They closed it with an impressive point away to Manchester City, the team they dethroned as champions and widely perceived as their biggest rivals for the title.

But what drama there was in between.

It was Southampton who went top on Friday only to be displaced by Tottenham after Harry Kane’s late goal at West Brom on Sunday. But the draw at the Etihad Stadium between the two favourites means it is Leicester who lead the way after their win over Wolves.

It is November and plenty of teams are still dreaming of glory.

With Liverpool only one point off top spot, Jurgen Klopp’s side remain well placed to defend the title but this was not the decisive blow that it might have been after Mohamed Salah’s early penalty. No eight-point gap with Manchester City has been opened up. The race is on.

The hope for the rest stems from the fact it already seems apparent there will be no repeat of the sort of points haul that it has taken to become Premier League champions in the past – an average of 99 points being required to win it over the last three seasons.

Liverpool were still unbeaten going into the last day of February last season. City lasted until December in the previous season and made it until January in the one before that.

This time around, every team in the Premier League has already surrendered their unbeaten record. The leaders Leicester have been beaten twice. Will this be a wide-open title race?

Who are the title contenders?

Liverpool have responded well to that 7-2 defeat to Aston Villa. Finishing above them should still be enough to claim their crown. But the chances of doing so are surely increased by Virgil van Dijk’s injury. One of the quirks of that result at Villa Park is that they have conceded more goals than the team currently bottom of the table, Sheffield United.

Manchester City looked just as vulnerable in being beaten 5-2 at home to Leicester and three wins from seven games represents their worst start to a Premier League season in over a decade and the worst start Pep Guardiola has made in his managerial career.

But the defensive partnership between Ruben Dias and Aymeric Laporte is taking shape. They have conceded only twice in four games together. A solid City should be feared.

Much was expected of Chelsea after their summer transfer activity but two wins from six games raised questions about their credentials. The arrival of new goalkeeper Edouard Mendy has coincided with a run of one goal conceded in seven games in all competitions. 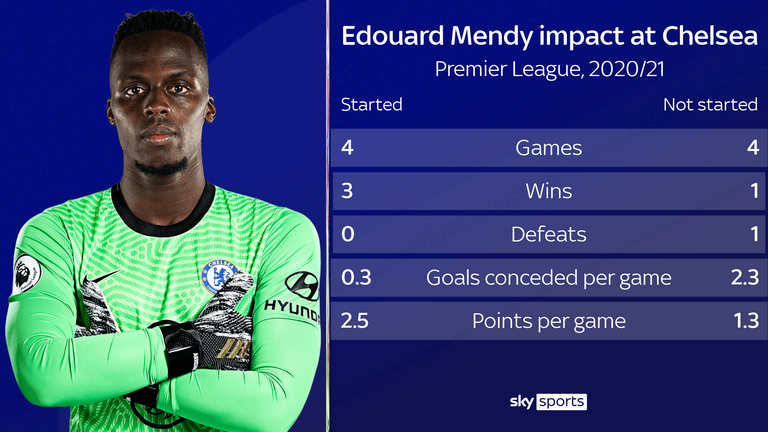 Frank Lampard’s side have scored at least three goals in each of their last four games and with an array of attacking disposal, they too will hope to go close if they can keep it tight at the back. Chelsea are only three points off top spot going into the international break. 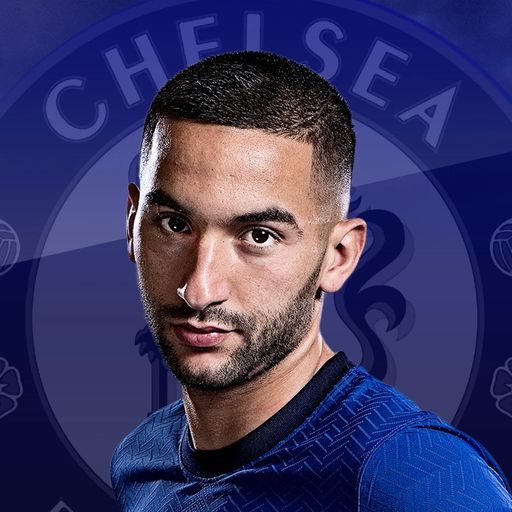 Could Hakim Ziyech's quality make the difference for Chelsea?

Tottenham are even closer, only a point adrift of Leicester and on the longest unbeaten run of any team in the competition having not lost since the opening weekend against Everton.

Jose Mourinho faces a testing schedule but with the strongest squad that Spurs have had for as long as anyone can remember, there is a growing belief they might be able to cope.

Like Tottenham, Leicester are making light of the challenge of Europa League football. The prospect of the Foxes repeating the feat of 2016 would not be a 5000/1 shot this time around, but it would still be a remarkable achievement for Brendan Rodgers’ team.

The only team to win six games so far, Leicester have overcome from the disappointment of missing out on the Champions League and could be stronger for that experience. There is a good blend of youth and experience. Andrea Bocelli might want to keep the diary free. 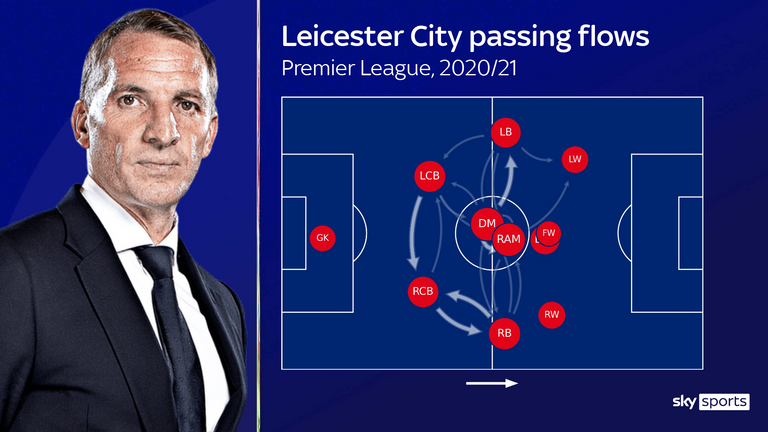 “I think it’s going to be very difficult for Manchester City to win the league this year,” Keane told Sky Sports. “There was no way they were going to keep up what they’ve done over the last two or three years, the same for Liverpool.

“City, when you look at their squad, and the players they have lost, but also to go into the season where they are expected to challenge for every competition they are in, to have two strikers – and Aguero being 32, having one or two problems – and then just hanging your hat on one striker, they would have to be critical of themselves, why they did not strengthen in the summer with a striker.

“I know there were other positions they wanted to fill, a centre-half I suppose was a priority. They have got nobody but themselves to blame for being short on strikers. You have to have strength in depth – particularly if you are expected to challenge for all the major trophies. I do not see City winning the league this year.”

Others dreaming of Europe?

Southampton led England’s top tier for the first time since 1988 for much of the weekend and Ralph Hasenhuttl’s side are playing some of the best football in the Premier League right now, having won of their last five matches. They were far too good for Newcastle.

Maintaining that pressing game will be tough but others are struggling to deal with their intensity. They have shown they can win without Danny Ings. Could this most unusual of seasons present an opening for them to stay in the Champions League places? 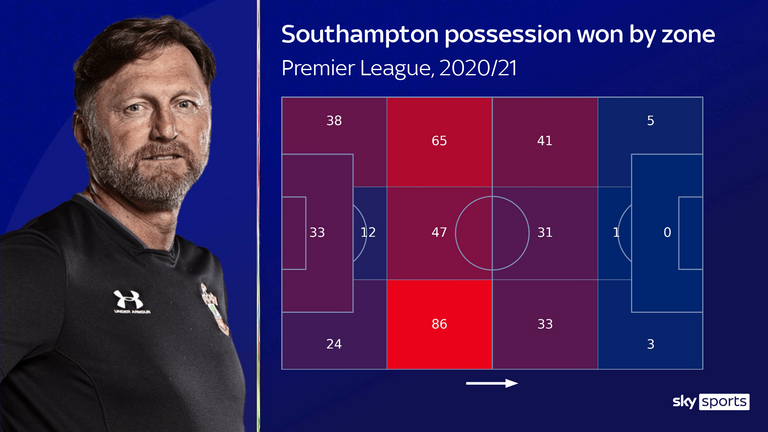 Others will be hoping to force their way into the argument. Everton started quickly, winning their first four, and will be hopeful of recapturing that form upon Richarlison’s return.

Aston Villa had their moment on top too and shrugged off their recent blip to outplay Arsenal on Sunday. With Crystal Palace and Wolves also within five points of the leaders, any of these teams are capable of putting a run together that will get supporters excited.

Adding to the sense of opportunity is the fact that talk of an established top six is beginning to look antiquated. Arsenal finished outside that group last season and while Mikel Arteta’s tactical nous has earned him plaudits, they find themselves in the bottom half as it stands.

Below them are Manchester United, as Ole Gunnar Solskjaer’s side continue to turn so many corners they end up going nowhere. Ten points from seven games mean they are closer to the relegation zone than the top of the Premier League table going into the break.

Who looks at risk of relegation?

While United will expect to pull away from danger, there is already an alarming gap growing between the bottom five and the rest. Brighton might be regarded as upwardly mobile but Fulham, the other team just above the drop, will know that they need to improve.

The three teams without a win make up the bottom three. Slaven Bilic’s West Brom have shown fight but have dropped points late on and face question marks over their quality.

Burnley and Sheffield United are fresh from top-half finishes but have not replicated that form since the restart. Will this be the year Sean Dyche is unable to defy the odds? 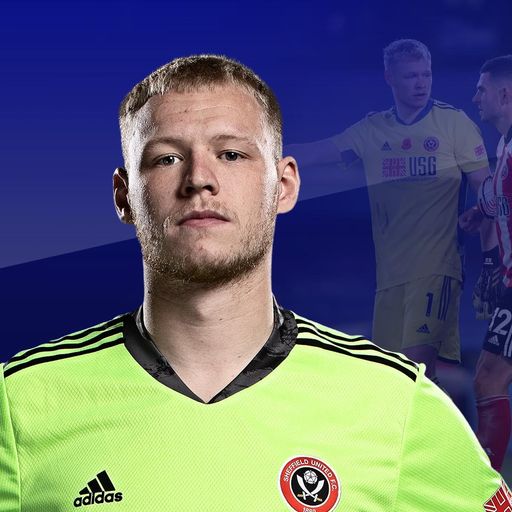 Aaron Ramsdale's inability to repeat Dean Henderson's heroics could be a problem for Sheffield United.

Who are the golden boot candidates?

Jamie Vardy is the man in possession after scoring 23 times last season and the Leicester hero is mounting a strong defence of the Premier League golden boot. His penalty against Wolves moved him level with Heung-Min Son and Dominic Calvert-Lewin on eight goals.

Mohamed Salah joined the trio with a penalty of his own against Manchester City and with Harry Kane just one behind them on seven after his winner at West Brom, expect some of the usual suspects to be in the mix for this particular prize come May.

If there is a surprise winner then perhaps he will be English because a number of strikers are among the chasing pack. Leeds’ Patrick Bamford has scored seven already, while Ollie Watkins and Callum Wilson have six for Aston Villa and Newcastle respectively.

After the international fixtures, the Premier League returns with a bang as some of the top teams face off. Leaders Leicester are up against champions at Anfield, while Tottenham face Manchester City live on Sky Sports in the early evening kick-off on Saturday November 21.

Super Sunday sees Sheffield United look to kickstart their campaign with a victory over West Ham at Bramall Lane before Leeds look to overtake Arsenal with a win at Elland Road.