Christian Pulisic pulls up injured at the FIRST CONE after coming out to warm up for Chelsea, forcing him to miss the second half of their defeat by West Brom with a hamstring problem (and leaving Thomas Tuchel unimpressed)

Thomas Tuchel was forced into a last-minute change ahead of Chelsea’s second-half against West Brom, when Christian Pulisic immediately pulled up with an injury during the warm-up.

The German manager suffered his first Premier League defeat with the Blues who were left stunned after a 5-2 loss to West Brom.

With Chelsea down 2-1 at half-time, Tuchel had planned to replace Timo Werner with Mason Mount. 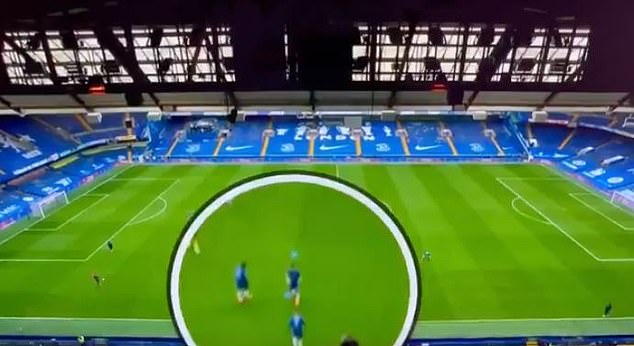 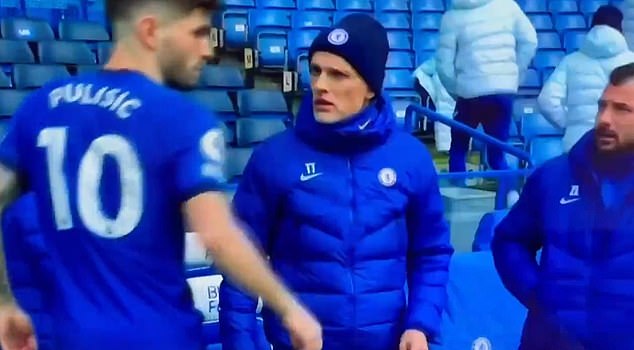 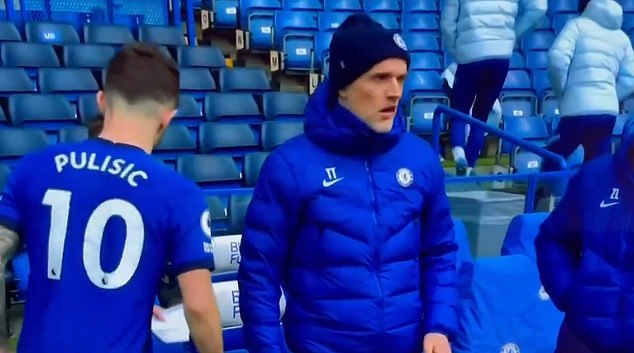 However, as Pulisic ran out for the second-half warm-up, he pulled up after ten yards and was unable to run past the first cone.

He immediately felt his hamstring and limped back to Tuchel and told his manager about the problem.

A visibly unhappy Tuchel had to change his plans and instructed one of his backroom staff to get Werner back out of the dressing room for the second-half.

Speaking in his post-match press conference, Tuchel confirmed that Pulisic tweaked his hamstring and that was why he didn’t play in the second half.

It was a further setback for Chelsea in a game which started so well when they took the lead through Pulisic after 27 minutes.

Merely two minutes after they took the lead, Thiago Silva was sent off for the Blues and that’s when things went downhill. 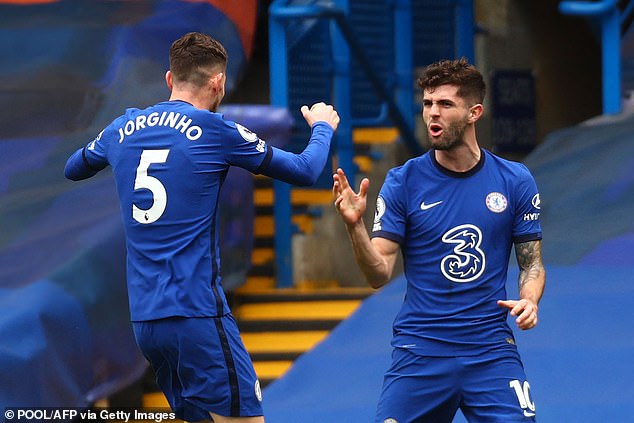 Matheus Pereira and Callum Robinson both scored braces while Mbaye Diangne also got on the scoresheet, as the Baggies put a dent in Chelsea’s top-four hopes.

Pulisic arrived at Stamford Bridge in the summer of 2019, but has suffered a number of injuries since he joined from Borussia Dortmund.

This season he has started 11 out of 21 Premier League appearances, scoring twice and providing one assist. 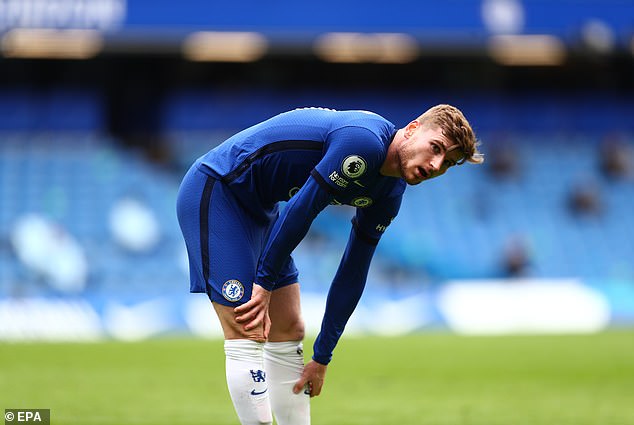 Griezmann has become 'a caricature of himself' at Barcelona