The Eagles saw themselves go a goal behind to an Adama Traore header in the first-half before two goals after the break from Ebere Eze and Zaha wrapped up all three points at Selhurst Park.

And at the end, there was high praise for Palace’s attacking trio comprised of Zaha, Eze and Michael Olise – who were described as ‘unstoppable at times’. 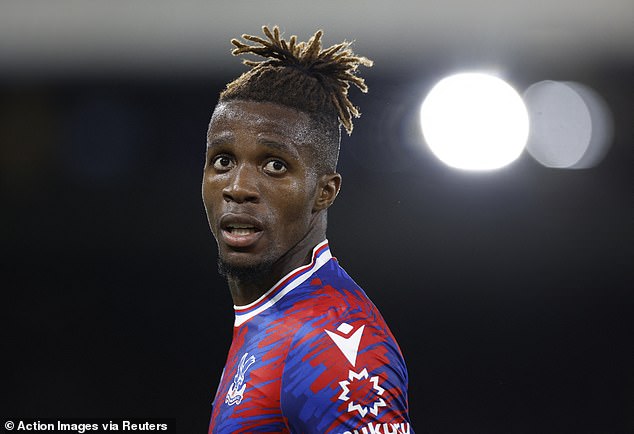 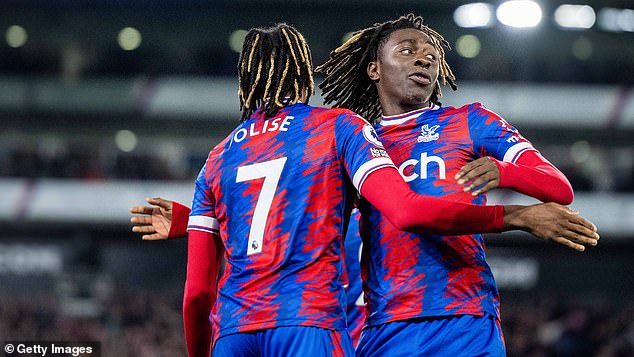 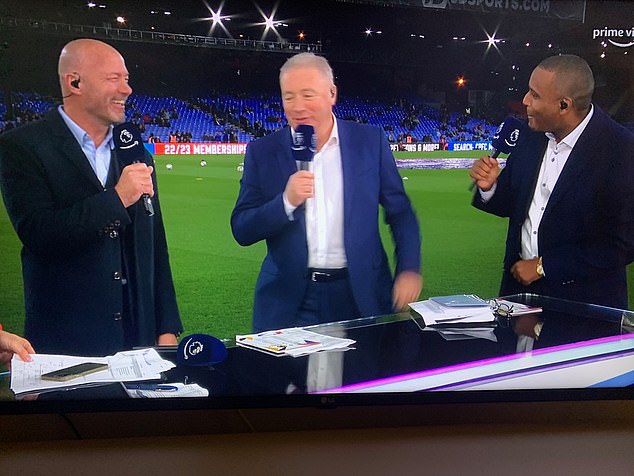 Speaking on their improvement after half-time, Ally McCoist said: ‘I thought the difference was evident in the second-half. I didn’t think there was anything tactical, there was no tweak in formation.

‘It was just a willingness to run about more. Zaha, I thought was absolutely outstanding.

Alan Shearer agreed, saying: ‘When you look at those three players [Zaha, Olise, Eze], when they’re playing with high energy and they move the ball quickly, they’re really difficult to mark and to pick up.

He continued: ‘We always knew he [Zaha] had the ability – it was just a change in attitude that was needed to achieve those numbers. Now you can see that Vieira is getting the best out of him and taken him from a dribbler to a scorer.’

All three players had an involvement in the goals on Tuesday night. For their equaliser, Olise floated in a delicate cross that Eze met at the back-post before Wilfired Zaha wrapped up a fine team move with a thumping finish. 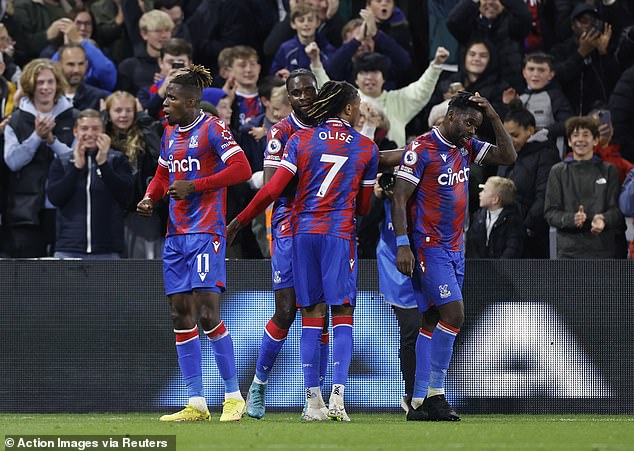 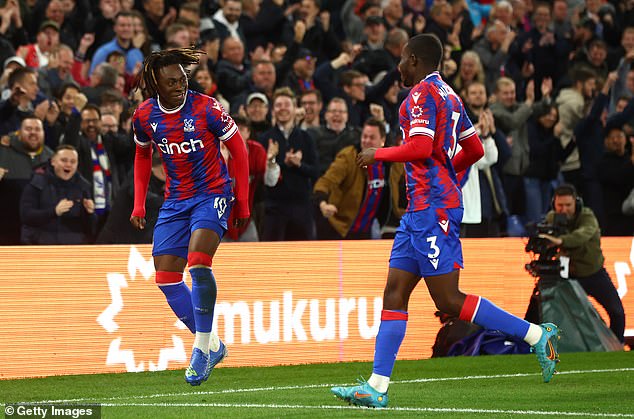 Clinton Morrison, who was also Amazon Prime Video Pundit, said: ‘Wilfried Zaha changing position from the touchline and coming into pockets of space changed the game. No player wants Zaha running at you and once he did that, it made everything happen’

‘Olise gives the quality to go either way and once he linked up with the nice one-two-touch-play, it was unstoppable at times.’

‘A lot of people have the wrong perception of Zaha when they see him getting frustrated and think he’s got a poor attitude. It’s not that. He just has a big desire to win. ‘ 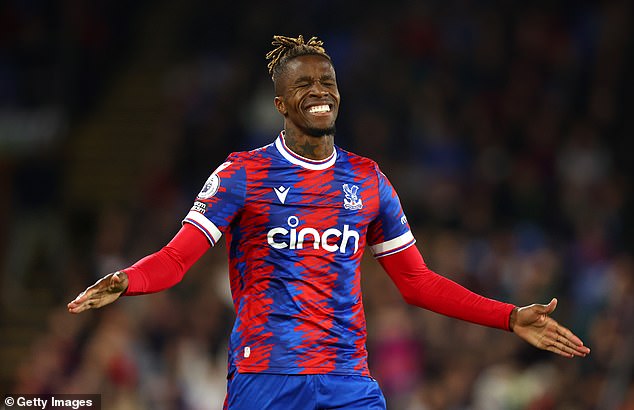 Zaha, 29, has already notched five goals – and one assist – in the Premier League this year

Though the praise is high for the players now, it didn’t look like that’d be the case at the start of the night.

The Eagles found themselves a goal down inside half an hour when Traore got on the end of a beautiful cross from Hugo Bueno.

Next up, Patrick Vieira’s side travel to Goodison Park as they look to add to Everton’s losing streak. Meanwhile Wolves go up against Leicester and could potentially have a new manager on the day.