Deadly Mohamed Salah suffered penalty despair as Leicester held Liverpool in the first half of their Premier League clash on Tuesday – with goalkeeper Kasper Schmeichel the hero as the Reds’ long run of perfect penalties abruptly ended.

Inspired Schmeichel stopped Salah’s spot kick after 15 minutes at the King Power Stadium, watched with relief as the runaway top scorer in the top flight headed the rebound against the crossbar and then produced another astonishing save to thwart the striker again just after the half-hour mark.

Former hotshot Alan Shearer felt Salah’s pain as he watched the prolific hitman fail from 12 yards for the first time since 28 October 2017, when he misfired during a 3-0 home win over Huddersfield. 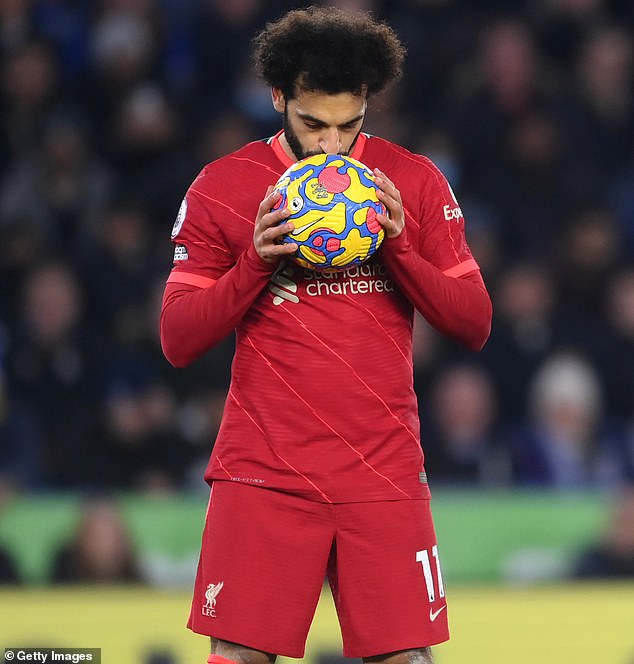 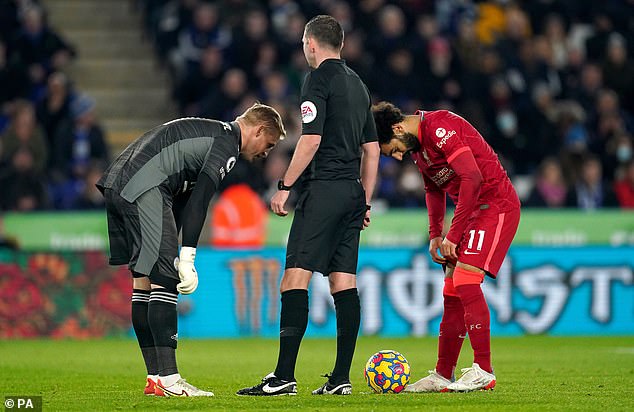 ‘He’s trying to hang in the air for the rebound, isn’t he? But he just goes too early and he can’t get above it enough.

‘It must have been agony for him when he’s hitting the bar there after two glorious chances.’

Thierry Henry, who is sixth on the all-time list of Premier League scorers which is topped by Shearer, was impressed by Schmeichel’s reflexes when he produced another spectacular subsequent save to deny Salah. 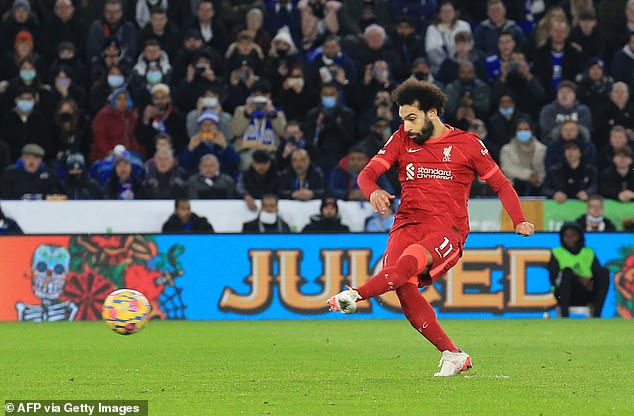 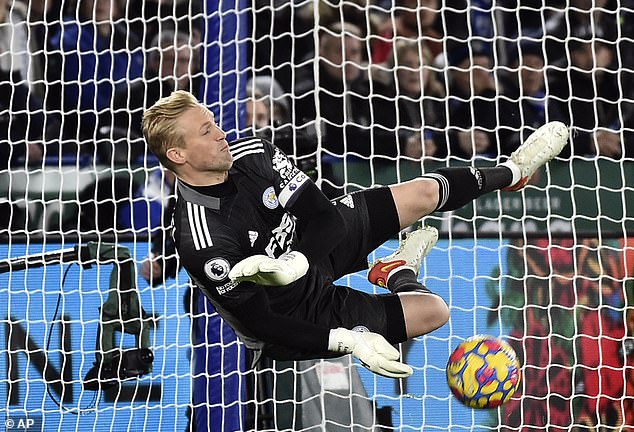 Schmeichel guessed correctly, soaring to his left and applying two strong hands to the effort 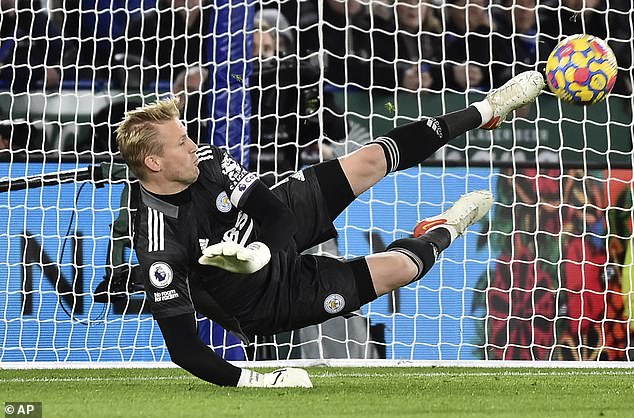 Henry purred: ‘That one is a hell of a save. Leicester should have been, maybe, one or two-nil down – but it didn’t happen.

‘If it hadn’t been for Schmeichel, they’d have been 2-0 down. I don’t even know how he touched that.’

Speaking about the rebound from the penalty, former Republic of Ireland international Andy Reid told BBC 5 Live: ‘I don’t know how it didn’t go in.

‘It looked as if the ball was hanging in the air for quite a bit. It wasn’t a great penalty.’ 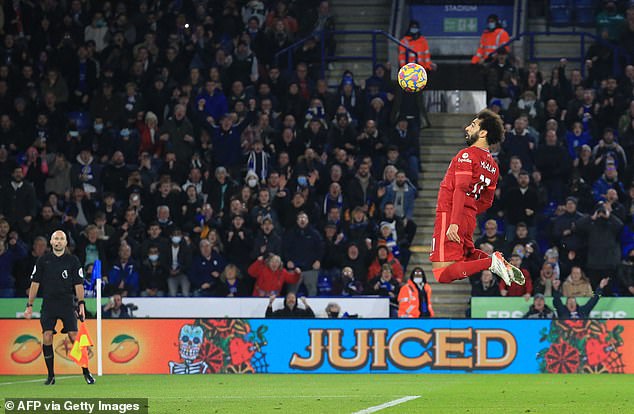 In an improbable further twist, the usually-deadly Salah headed the rebound against the bar 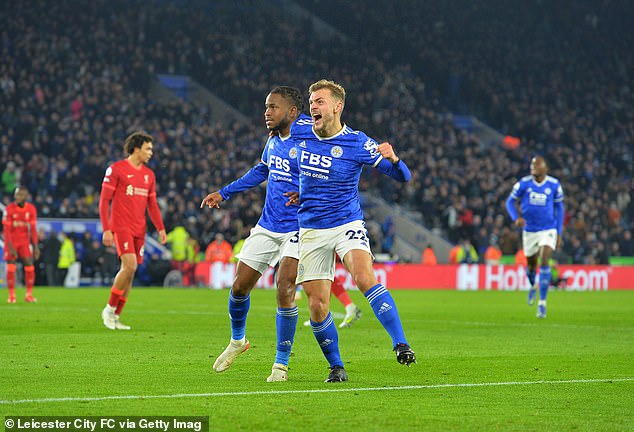