Qatar announce attendance figures higher than the actual capacity of the stadium TWICE, despite plenty of empty seats being seen at World Cup matches

Qatar’s World Cup organisers are coming under criticism after twice announcing highly dubious attendance figures for matches at the start of the tournament.

There have been a large number of empty seats at every game so far but you wouldn’t know it if you saw the ‘official’ numbers that were given out.

The host nation’s opener against Ecuador had 67,000 in the crowd according to the announcement made at the end of the game. 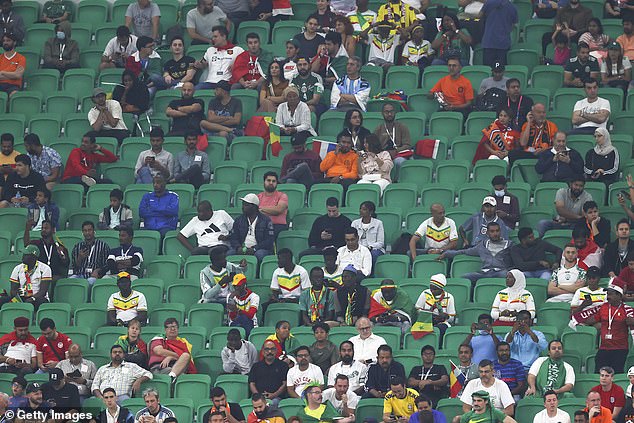 Even if it had been full that would have been a little strange considering the Al Bayt Stadium in Al Khor only holds 60,000.

And this now appears to be a theme with Holland vs Senegal having an official attendance of 421,721, despite being played in a 40,000-seater stadium.

Fans have been quick to criticse the lack of atmosphere at the matches so far, as have pundits.

‘It’s super flat in here,’ talkSPORT commentator Lianne Sanderson said as she looked round at the empty seats.

‘Thankfully the Senegal fans have been banging their drum.’ 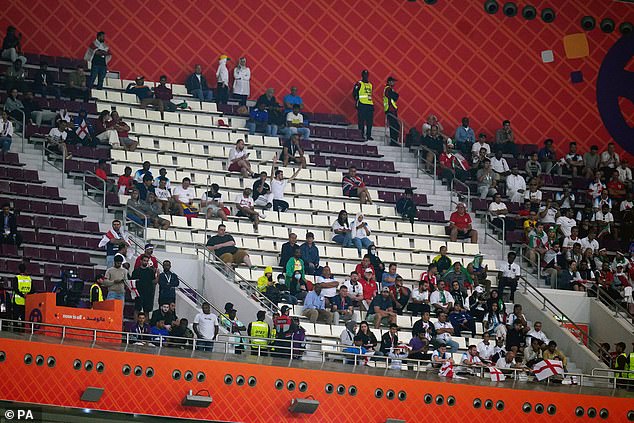