Qatar manager Felix Sanchez has spoken out over the deaths of workers in Qatar in the run up to the World Cup, calling any loss of life ‘the greatest tragedy.’

It is believed that as many as 6,500 migrant workers may have died while preparing Qatar for the World Cup that begins on Sunday, although the tournament’s organisers claim the figure is much lower.

There have been numerous protests across the football world in recent weeks over the deaths of workers in Qatar, with various Bundesliga clubs displaying banners in protest and Amnesty International demonstrating in Lisbon. 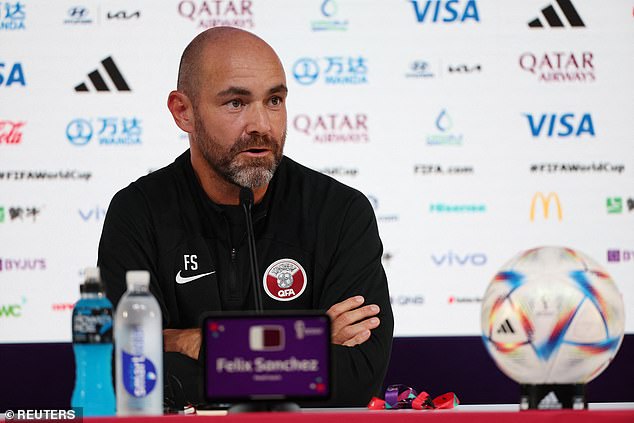 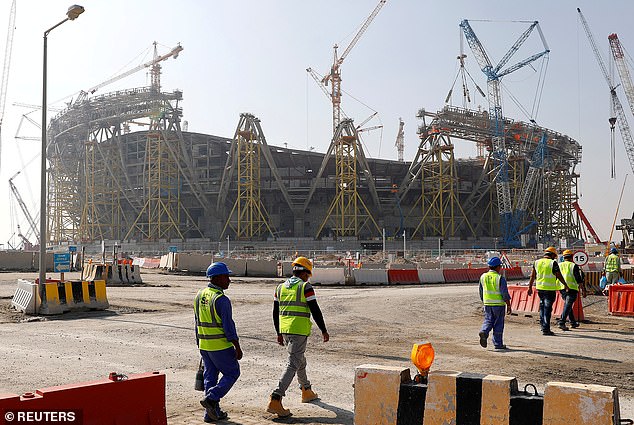 It is believed that as many as 6,500 workers may have died while building the World Cup

Speaking to press ahead of Qatar’s game against Ecuador on Sunday, Sanchez said: ‘A lot has been said about this [issues about Qatar], some misinformation and some of the comments were not completely fair.

‘The loss of human life during working hours is the greatest tragedy, whether here or anywhere in the world.’

It comes after the World Cup organisers claimed there had been just 37 deaths linked to the tournament, with only three coming from workplace accidents. 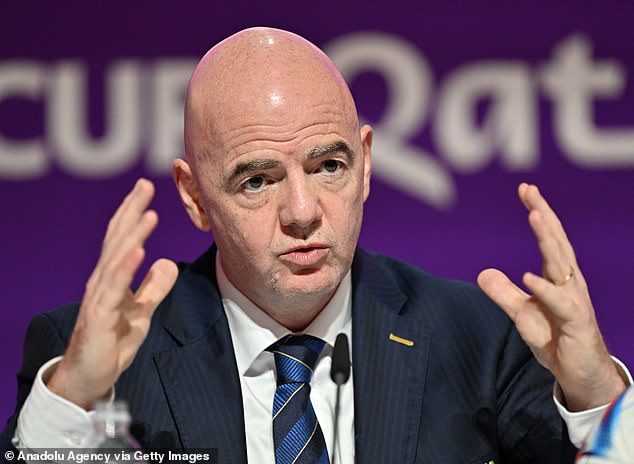 FIFA President Gianni Infantino defended Qatar in an extraordinary speech on Saturday that began with him describing himself as ‘feeling like a migrant worker’, before suggesting that if if Europe ‘really cared’ about migrant workers they could do as Qatar did and offer a ‘legal’ passage into the countries.

The Qatar captain Hassan Al-Haydos also spoke on Saturday, saying: ‘It goes without saying I am very proud to lead the squad participating in the World Cup. Me and my team will perform to expectations and show the results of our hard work.’

The Tournament hosts get their World Cup underway against Ecuador at the Al Bayt Stadium on Sunday.

Is Liverpool vs Leicester on TV? Kick-off time, channel and how to watch Premier League fixture