Rafael Benitez believes there is plenty more to come from Everton after a positive start under his management.

Everton beat Southampton in their opening Premier League game before a strong showing in a 2-2 draw with Leeds on Saturday.

Former Liverpool boss Benitez has been pleased with the work so far but sees plenty of room for improvement. 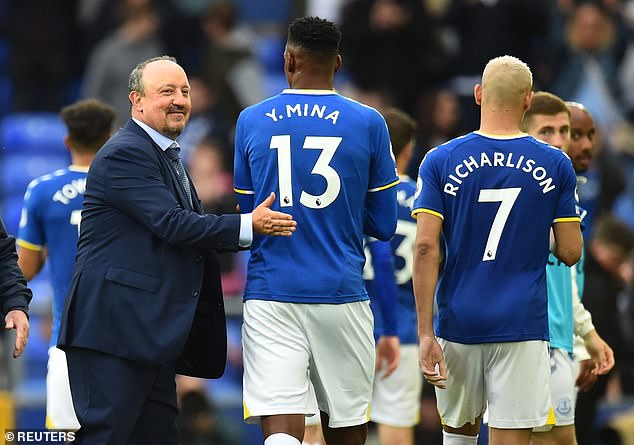 ‘I like the team spirit and mentality of the players, their desire and unity,’ the Spaniard told evertontv. ‘You can feel the fans appreciate that.

‘I am happy but I want to be sure we continue with the same intensity and way of approaching the games, to be sure we can compete and have chances to win games.

‘I said we did nothing (in) just winning one game (Southampton), now we’ve had a good performance.

‘But still it is too early, because we have done nothing. You always want to improve and do things a little bit better.’ 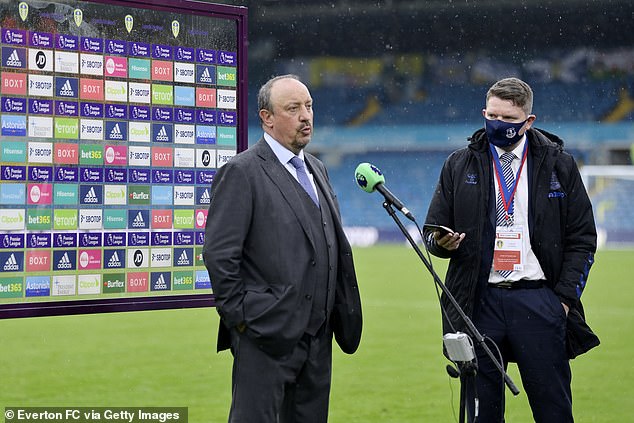 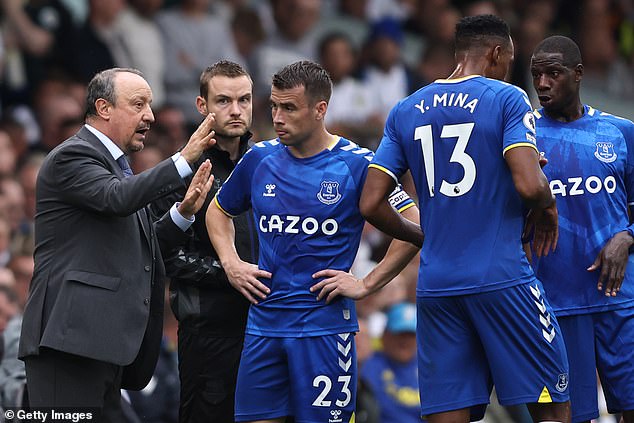 The Toffees are back in action as they travel to Championship Huddersfield in the second round of the Carabao Cup on Tuesday.

Striker Dominic Calvert-Lewin, who has scored in both Premier League games, could be rested.

The England international has been hampered in training over the past fortnight by a toe problem.