Raheem Sterling must quit Manchester City this summer and head to Real Madrid, pundit Garth Crooks claims. The England international is a target for the Spanish giants, who are expecting a busy summer transfer window. Sterling stirred the Real Madrid rumours last week in an interview with Spanish newspaper AS.

The 25-year-old insisted Real Madrid are fantastic club, while also being pictured holding the club’s shirt.

And Crooks has urged the forward to head to the Bernabeu in the summer, claiming he should win more silverware with City this season then quit.

Crooks added Sterling’s decision would be the same as both Cristiano Ronaldo and Gareth Bale, who quit Manchester United and Tottenham respectively for Madrid.

He wrote in his BBC Sport column: “When I saw the picture of England forward Raheem Sterling with a Real Madrid shirt draped over one shoulder and a Manchester City shirt draped over the other on the front cover of a Spanish publication, I immediately thought ‘here is a genuine situation where there is no smoke without fire’. 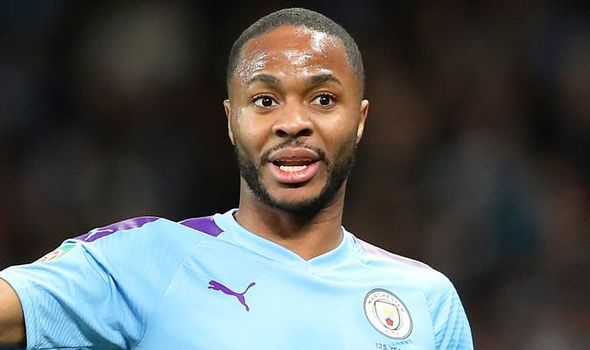 “The difference is that the chances are highly likely that Sterling could do that, and are not merely a pipe dream.

“I interviewed him two years ago for Football Focus, and asked him what his ambitions were, bearing in mind Cristiano Ronaldo and Lionel Messi were about to vacate their positions as the best players in the world.

“Sterling understood perfectly the inference behind the question and responded by saying he wanted to be the best player he could at City – but the smile that followed revealed the unbridled truth. 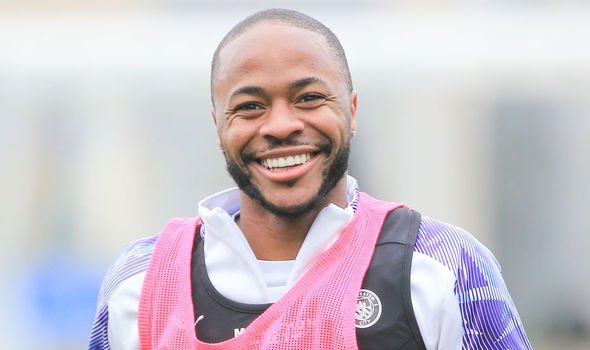 “Regular readers of TOTW will know what I think of Sterling. Indeed, with manager Pep Guardiola as his tutor, I’ve said he could replace Ronaldo as one of the best players in the world.

“What I will add now is that he could also achieve that same status under Real coach Zinedine Zidane. The question for Sterling is, who is it going to be?

“My advice is to do what Ronaldo did to Manchester United and Gareth Bale did to Spurs and move on.

“Do everything in your power to win the Carabao Cup, FA Cup and Champions League with City, but at the end of the season take a bow. Your time has come. Now seize it.”

However, while the winger talked up a move to Madrid, Sterling admitted he’s happy under Pep Guardiola at City.

“Right now I’m at City and I’m really happy. But I say Real Madrid are a fantastic club,” Sterling told AS.

“When you see the white shirt you know exactly what the club stands for, it’s massive.

“But at the same time, I have a contract with City now and I have to respect this. But it’s a fantastic club.”