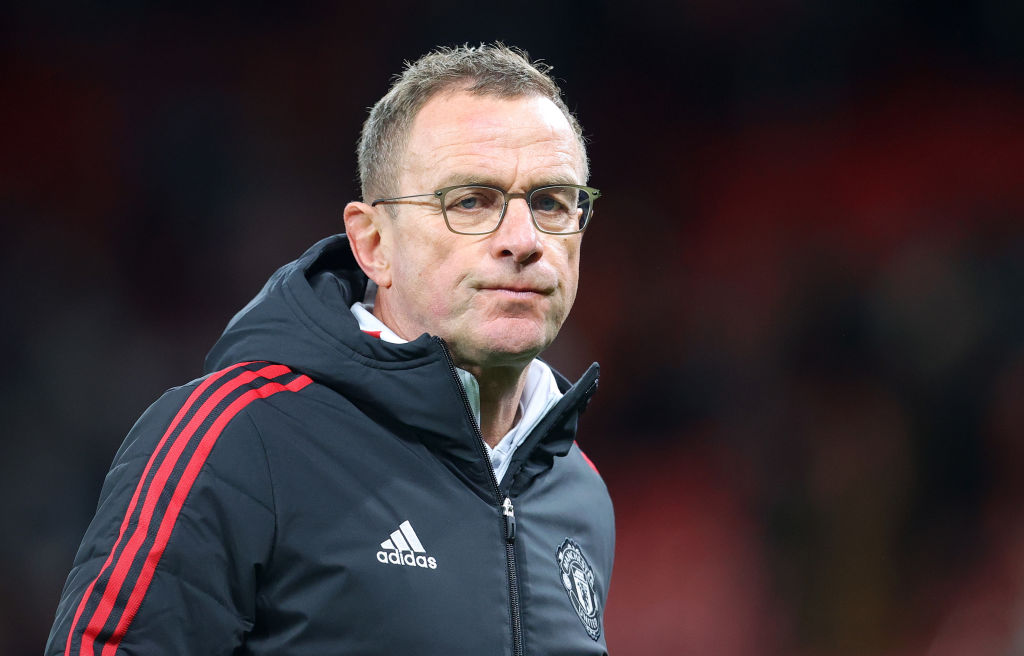 Ralf Rangnick is aware that a staggering 17 players at Manchester United are unhappy after holding face-to-face meetings with the entire squad, according to reports.

The Red Devils have endured a difficult season, with Ole Gunnar Solskjaer sacked at the end of November following a run of bad results, and successor Rangnick has struggled to ignite a response with the side still in seventh place in the table after losing at home to Wolves.

United’s squad is believed to have become increasingly fragmented and divided, with as many as 11 players looking to leave Old Trafford.

Now the Daily Mail report that the problem is even bigger than initially feared, with a total of 17 players unhappy with their current situation, the majority of whom are looking to engineer a move.

United are facing the prospect of a massive exodus of players with Rangnick aware of the dire mood in his squad after meeting with all his players face-to-face.

Among the players who want to leave are Paul Pogba and Jesse Lingard, who are both out of contract in the summer and will not be renewing their contracts in what is a huge financial blow to United who will miss out on big fees for both players.

Anthony Martial is keen to leave, ideally on loan this month, while Juan Mata is also looking to secure a January switch to either Spain or MLS.

Edinson Cavani has been told he cannot leave this month despite the veteran forward having attracted interest from several clubs, notably Barcelona, though there is an expectation that he will depart Old Trafford when his contract expires in the summer.

Donny van de Beek, Dean Henderson and Eric Bailly are all unhappy at their lack of playing time – both under Solskjaer and new man Rangnick – and are open to leaving if an offer comes in.

Phil Jones, who started for the first time in two years against Wolves, also wants regular football, while Nemanja Matic, Fred and Diogo Dalot are entering the final year of their contracts and are weighing up their options.

There are other players in the squad who are also unhappy but not actively looking to leave, with their concerns revolving around the club’s poor form rather than their own lack of playing time.

Other reports suggest some members of United’s squad are questioning Rangnick’s appointment and feel Antonio Conte would have been a better fit, while Mike Phelan has been tasked with trying to united and galvanise a dressing room that has become divided and full of little cliques.