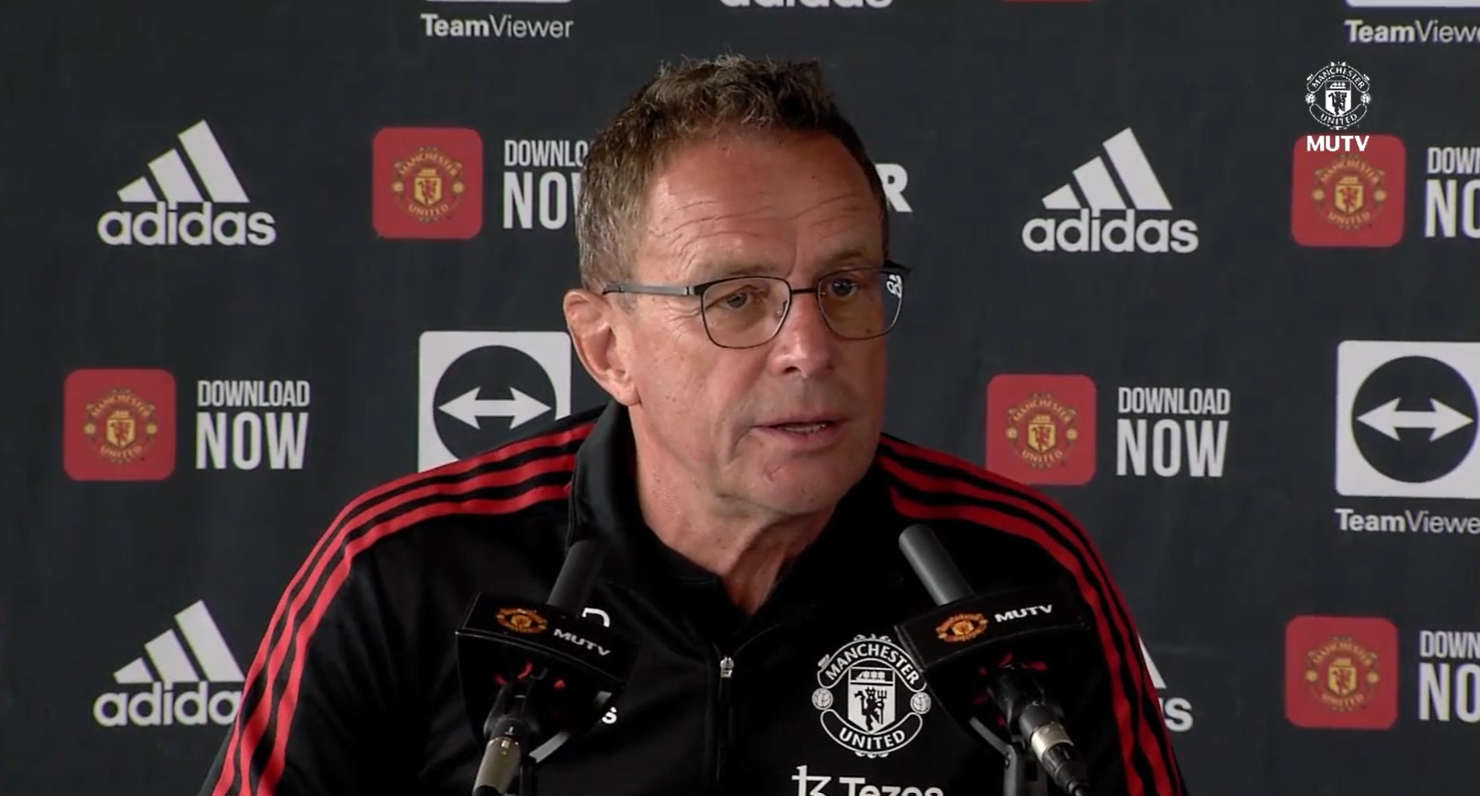 Ralf Rangnick has revealed his ‘biggest disappointment’ at Manchester United as his time in charge of the club draws to a close.

German coach Rangnick was appointed as United’s interim manager in November after the sacking of club legend Ole Gunnar Solskjaer.

Manchester United were eighth when Solskjaer departed but Rangnick has failed to oversee a huge upturn in results or performance, with the Red Devils sixth in the Premier League ahead of Sunday’s final game against Crystal Palace.

Under Rangnick, United have largely flattered to deceive in the Premier League and suffered an embarrassing FA Cup defeat to Championship side Middlesbrough. They were also knocked out of the Champions League at the last-16 stage by Atletico Madrid.

Rangnick’s time in charge has generally been viewed as a failure and he was asked to identify his ‘biggest disappointment’ at his final pre-match press conference on Friday afternoon.

‘Since Atletico we just didn’t find our shape or form again,’ said the 63-year-old, who is set to be replaced by Ajax’s Erik ten Hag.

‘Before then we had stabilised the team, become more stable defensively. But then we lost confidence and energy.

‘It has got to do with confidence, team spirit and togetherness. This is my biggest disappointment that we didn’t establish that team spirit.

‘I still strongly believe that there is a core of players here who are top, good enough to play for this club.’

Going forward, Rangnick will juggle his commitments as manager of Austria with an advisory role at Old Trafford and has outlined how he plans to support incoming boss Ten Hag.

‘We spoke about that in detail,’ Rangnick said after confirming the pair had been in contact this week. ‘We spoke about all the different areas where I could maybe be of help.

‘It’s not that difficult to know in which areas this could be. I think we showed that in the last 15 years with Hoffenheim, Salzburg and Leipzig, even for clubs not as prominent as Manchester United, it’s possible to identify, develop and even at one stage sell players.

‘I know Manchester United is not a selling club but rather a developing and buying club, but this is possible and this is what is most important, that the club finds players for whom it is the next next logical step is in their career, to develop their sporting career.

‘If that happens, I can be positive and I can hopefully be encouraging for our fans that we will bring United back to the top.’

Ten Hag will be in attendance at Manchester United’s final game of the season as Rangnick’s side attempt to secure Europa League football against Crystal Palace.

The Red Devils look set to take a depleted squad to Selhurst Park, however, with Rangnick admitting ‘quite a few players’ are missing.

‘We, once again unfortunately, have quite a few players missing and another couple of players with question marks,’ said the interim manager.

‘We have to wait for tomorrow’s last training session but, as it stands now, there will be quite a few players missing.

‘I’m still positive that we will have a strong starting XI and finish the season on a higher note than we did at Brighton.

‘I’m positive that the players want to get things right and show and prove to everybody that they are capable to play a lot better than we did at Brighton.’