Southampton have confirmed that manager Ralph Hasenhuttl has signed a new four-year contract.

Hasenhuttl has committed his long-term future to Saints and put pen to paper on an extension that will run until 2024. 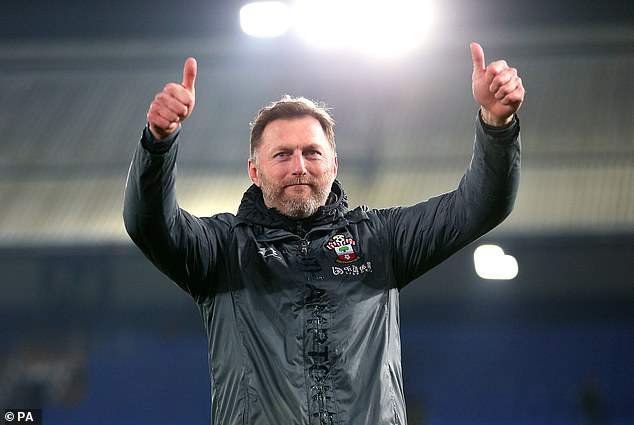 Manager Ralph Hasenhuttl has committed his future to Southampton until 2024 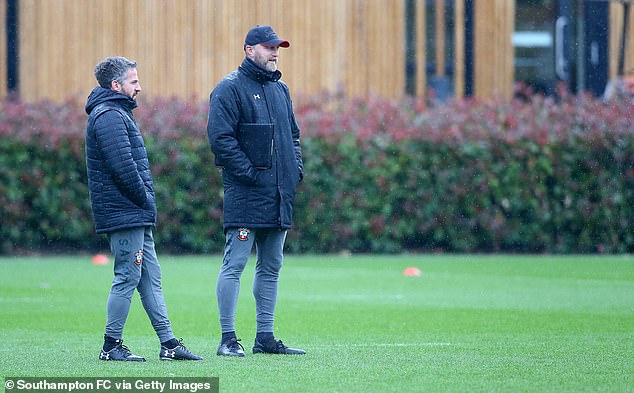 ‘I said when I arrived at the club that we were at the beginning of a long journey, and also a journey that would bring emotion and hopefully enjoyment. We have already had some moments where we could celebrate together, and some that have been emotional and also challenging.

‘The way we have handled this together as a group of people has been incredible for me, and I believe we now have strong foundations here that can allow us to take the next steps in our progress as a team.

‘For me, this is an important step in the journey. My players, our staff, and of course the supporters must understand my commitment to this club and to what we are trying to build together.

‘We value the same philosophies, and this is a big part of why I want to stay here, and I hope we can share in some very successful moments moving forward.’ 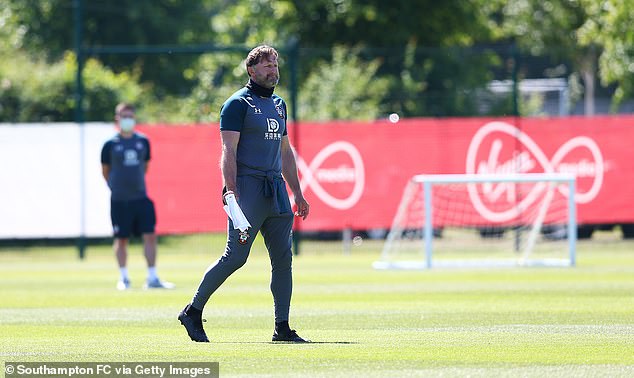 Hasenhuttl was appointed Southampton manager in December 2018 on a two-and-a-half-year deal, succeeding Mark Hughes when they were in the bottom three and successfully steering them to safety.

Hasenhuttl and Southampton were rocked when they slumped to a record 9-0 defeat at home to Leicester in October that left them 18th in the table.

But Hasenhuttl oversaw an impressive response, leading Southampton to seven league wins in 11 games between November and January to climb up the table, and they went into football’s suspension 14th and seven points clear of trouble.

Hasenhuttl and Southampton have both mapped out a long-term vision and the Austrian has spent part of the lockdown period working on the club-wide philosophy he hopes to see implemented in the coming years. He now has more time to oversee this after signing a new deal.

Southampton CEO Martin Semmens said: ‘From day one, Ralph has had a positive impact on the club, everyone within it and our fans. He joined our club at a time when strong leadership was needed to drive the club forward. This he delivered, but it was the clarity of vision that has ultimately led us to this point. 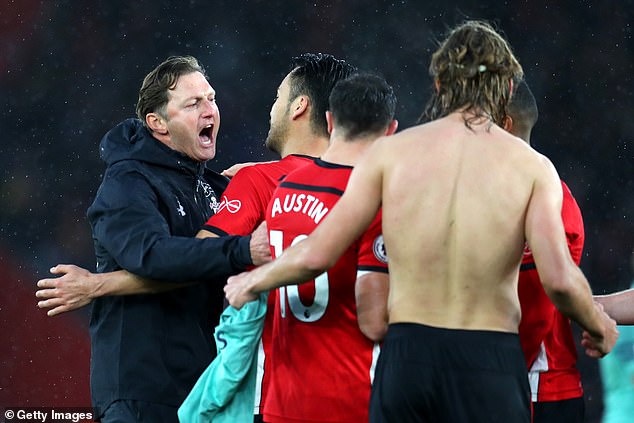 ‘It is clear to me that Ralph believes in this club and is passionate about the project we have ahead of us. He understood who we are very quickly, and over the last six months has developed a vision for the club that we believe will lead us back to success on the pitch. A new philosophy on the pitch, but very much rooted in our values and history.

‘To be competitive within the Premier League you simply cannot stand still. We need a clear plan that is rooted in hard work and the development of young players on and off the pitch. Ralph brings to us experience of winning, but more than that, an absolute commitment to his philosophy and the development of all age groups at the club.

‘To witness first-hand the recovery of the first team around Christmas under his clear leadership has given us all a template of how to drive the club forward. It is important now that the club, led by our Director of Football Operations Matt Crocker, put in place all the support structures around Ralph to produce success, not just for the remaining nine games of this season, but into the long term future of the club.

‘There has never been any question in my mind that Ralph is the right man to lead our club, and I look forward to working in partnership with him over the next four years. I know there is no one who will work harder to bring success back for our fans.’