Sergio Ramos has mischievously declared that he would welcome Lionel Messi at Real Madrid next season.

Messi’s future at fierce rivals Barcelona is the subject of much scrutiny with his contract running out this summer.

The club are in massive debt and despite the reelection of Joan Laporta, the Argentine club legend could say his goodbyes at the Nou Camp. 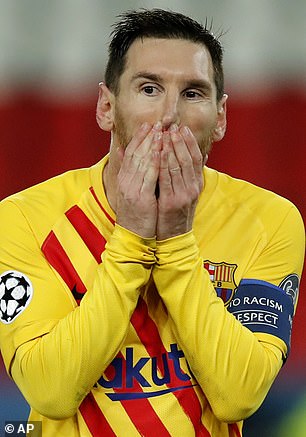 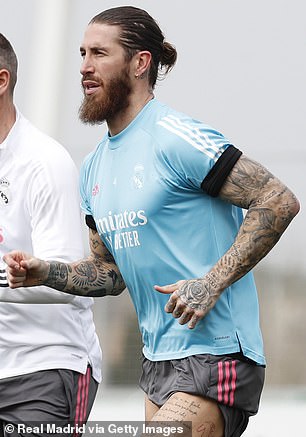 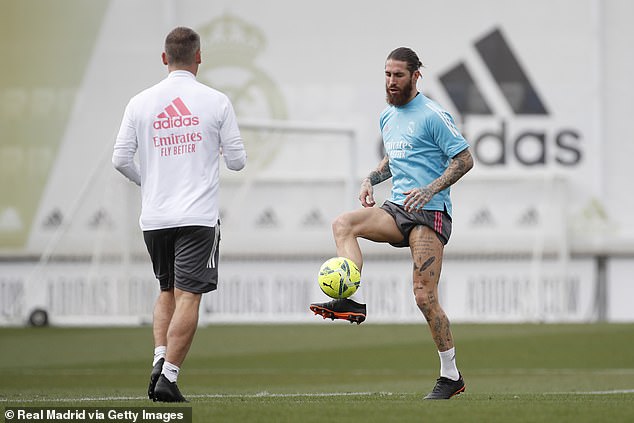 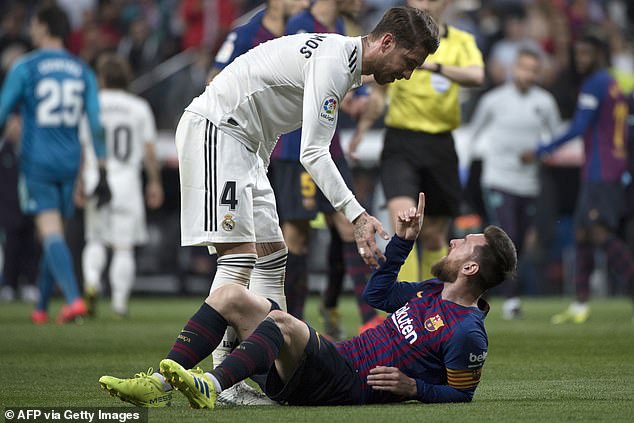 Nobody for one second believes Messi could end up at Real, but that didn’t stop Ramos playfully encouraging the idea.

He told ibai on Twitch: ‘Would I accept Messi in Madrid? 100 per cent. Without doubts. I would even invite him to my house to help him!’

But Ramos then went on to add that there would never be any chance of him doing the reverse and playing for Barcelona.

He said: ‘I would never play for Barcelona, nor for €50M nor for €70M per year. There some things that money can’t buy. It’s impossible.’

Messi scored an incredible goal in the 1-1 Champions League draw with PSG on Wednesday night but could not inspire the side to a comeback and they went out 5-2 on aggregate.

Ramos, 34, is in a similar situation and his contract expires in June. He has been out injured since January but could be involved again for the Champions League last-16 tie against Atalanta.

The Spaniard believes he could play for another five years at the top but says there is no fresh news about his future as things stand.

He said: ‘In terms of (contract) renewal, there is no news I can tell you today. I would love to.

‘But I can guarantee that when there is any news, I will be the first one to tell you.

‘But right now I am calm, am just thinking of playing, getting back to the field and celebrating some triumphs this year which would be the best thing to end the season.’ 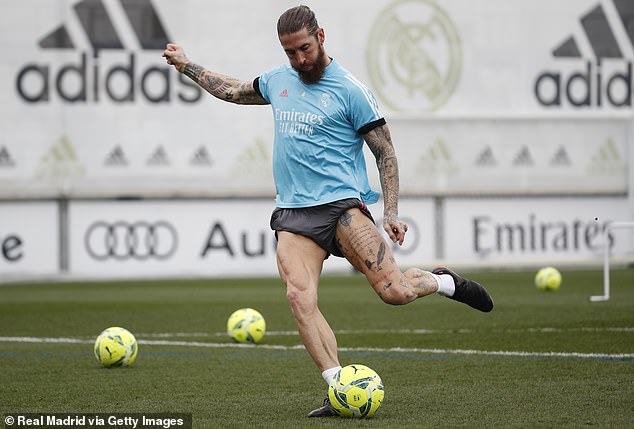 Ramos feels that when he eventually does decide to call time on his trophy-laden Real Madrid career, it will be with a clear conscience.

‘The only thing that worries me is that they (fans) know that I’m a real guy, that I gave my soul for the Madrid badge,’ the defender said.

‘I’ve always stood up for myself and I’ve always told the truth. I’m honest, humble and hard working. It is on the basis of performance that the player should be judged.

‘I can play five more years at the highest level. If injuries are not too bad, my mentality will help me.’