UEFA have opened disciplinary proceedings against Celtic after fans unveiled an offensive banner relating to the Queen’s death during Wednesday’s match against Shakhtar Donetsk. European football’s governing body have opted against disciplining Rangers, however, after they ignored a rejected request to sing the national anthem before their own Champions League clash.

Ibrox hosted Napoli this week and, before the match got underway, they gave a rousing rendition of ‘God Save the King’ despite previously seeing a request to do so rejected by UEFA. Fans sang in full voice but the electric atmosphere was not enough to pull off an upset as the Italian visitors won 3-0.

Celtic, meanwhile, travelled to Warsaw to face Ukrainian side Shakhtar Donetsk. In the opening stages of the game, BT Sport were forced to apologise after honing in on a banner that read: “F*** THE CROWN.”

On Thursday, UEFA spoke out on each of the clubs. Regarding Rangers, they said: “The incident you refer to is not the subject of any UEFA disciplinary proceedings.” While in response to Celtic’s banner, they said: “Please be informed that proceedings have been opened against Celtic regarding a banner displayed during their UEFA Champions League match against FC Shakhtar Donetsk played on 14 September in Warsaw. The UEFA disciplinary bodies will decide on the matter in due course.” 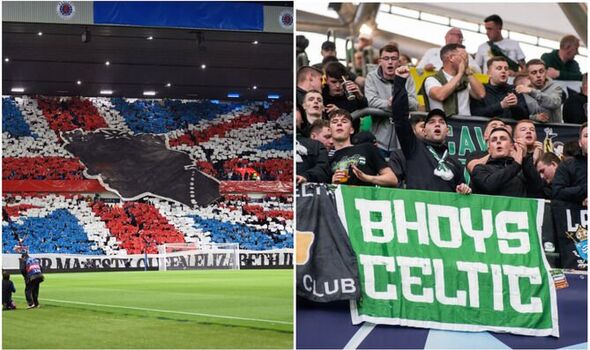