Ajax 4-0 Rangers: Scottish side crumble to a humbling defeat on their Champions League return… as the Dutch side prove they are just fine without their summer departures with a resounding win

The time between Ajax’s painfully easy opener and their brilliant third goal witnessed another deeply concerning collapse by Giovanni van Bronckhorst’s side. Four days on from Old Firm obliteration at Celtic Park, they were cut to ribbons once more.

Another major fixture quickly turned into a nightmare. Again, it was all done and dusted before the break. Van Bronckhorst had demanded a response to the weekend, yet was instead met with a second instalment of paper-thin resistance. 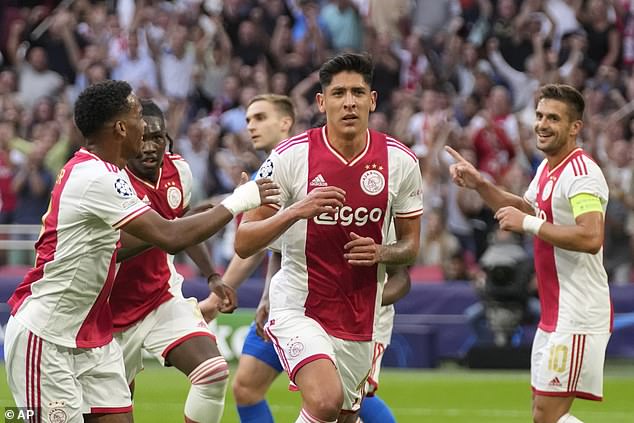 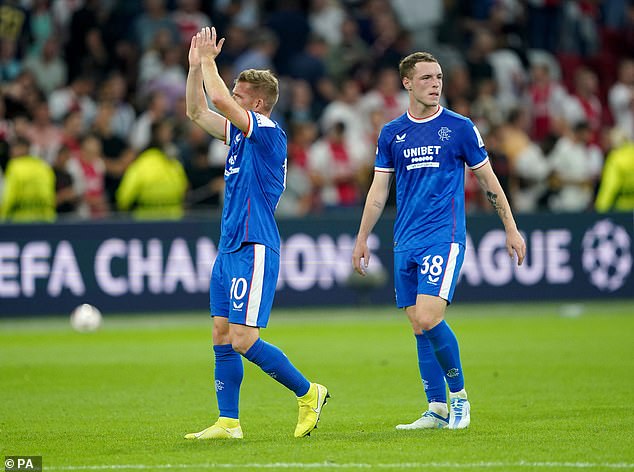 So often in the recent past, excellence in European football has provided Rangers with a balm for domestic troubles. They have raised their standards. And been a team transformed.

Not this time. Ajax are a team brimming with quality but the gulf in class exposed was frightening at times. The Ibrox outfit improved a little in the second period – with Borna Barisic seeing a fine curling finish ruled out by VAR – but it was way too little, way too late.

Easing up after the interval, their Dutch hosts could easily have been further ahead by that point. Their dominance had been absolute. As it was, they waited until the 80th minute before capitalising on another self-destructive act to make it 4-0. 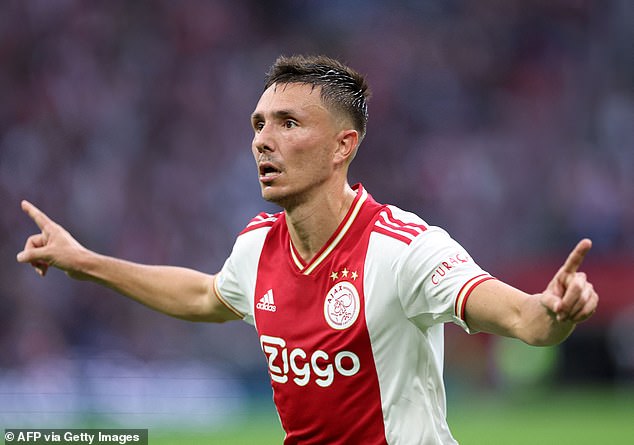 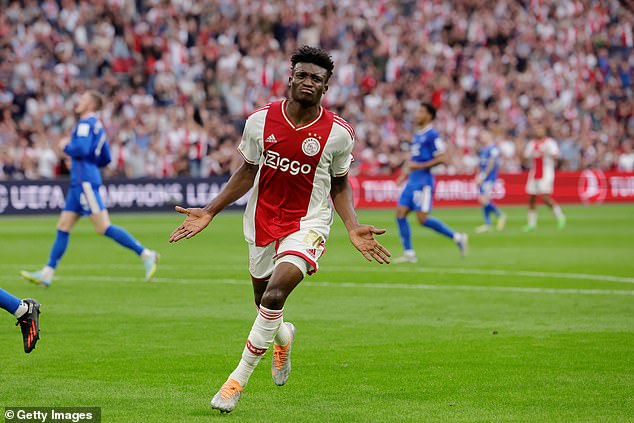 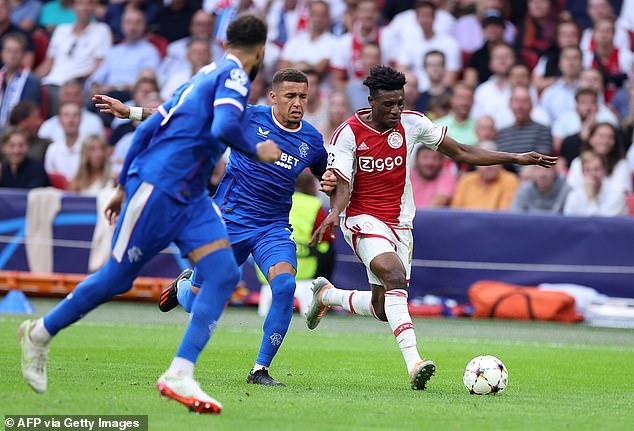 Substitute Ryan Jack’s attempt to find Connor Goldson was picked off by Steven Bergwijn, who nipped around Jon McLaughlin and rolled into the empty net. Glaring individual errors are becoming all too commonplace by those who pull on blue shirts.

For Van Bronckhorst, these are worrying times. He made only one change to the team that started at Parkhead – Scott Wright stepping in for Steven Davis – but his faith went wholly unrewarded. The defending on display was dismal.

In terms of Group A, Napoli are up next Tuesday night. With Dundee United then visiting Ibrox before games against Hearts and Liverpool after the international break, Van Bronckhorst needs to show he can galvanise Rangers again. Just a fortnight after savouring Champions League qualification in Eindhoven, this latest trip home to Holland has only increased the pressure on his shoulders. 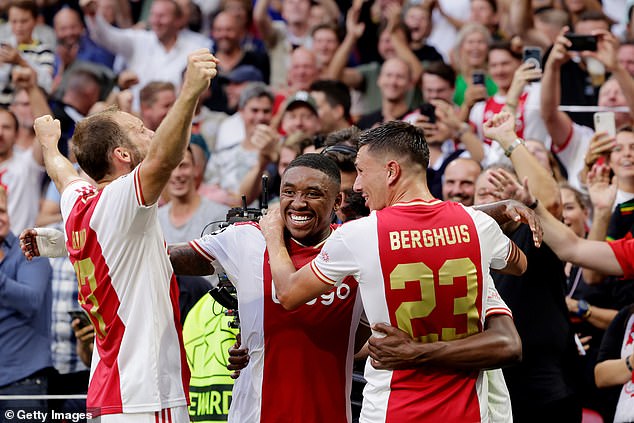 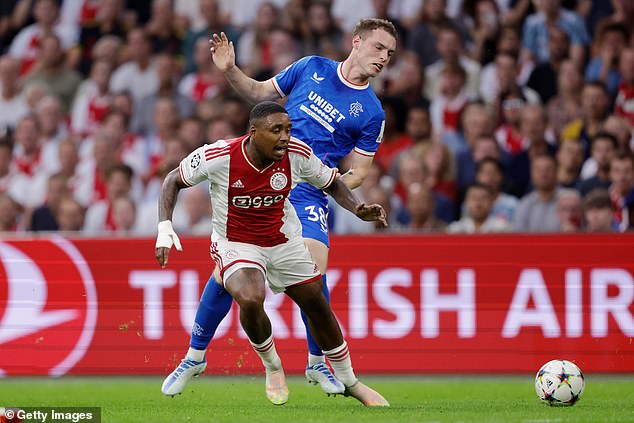 By nature a calm character, there was a touch of fire about the Dutchman on Tuesday when he issued a robust defence of his squad. He remains adamant no regrets are harboured about not adding to seven earlier summer signings prior to the transfer deadline. 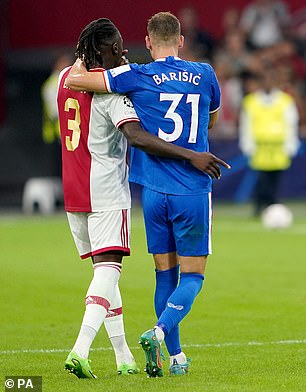 That’s his view. But clear and obvious questions remain. None were silenced by events in Amsterdam.

Wright’s introduction meant Malik Tillman could be shifted infield to his more regular position. If that was a case of putting a square peg in a square hole, there was no such solution for the gaping holes in Rangers’ defence. McLaughlin was the fall guy against Celti. This time, the greater sinners were in front of him.

Ajax turned the first half into a procession. Chance after chance came their way. Seemingly without breaking much sweat. It felt as though the scoreline could be anything the hosts wanted it to be.

Calvin Bassey had hugged his old colleagues at the end of the pre-match warm-up. Once play got under way, the £20 million man was left decidedly untroubled in his central defensive berth.

The Ibrox side were also their own worst enemies at times. Take the opening concession as Exhibit A. 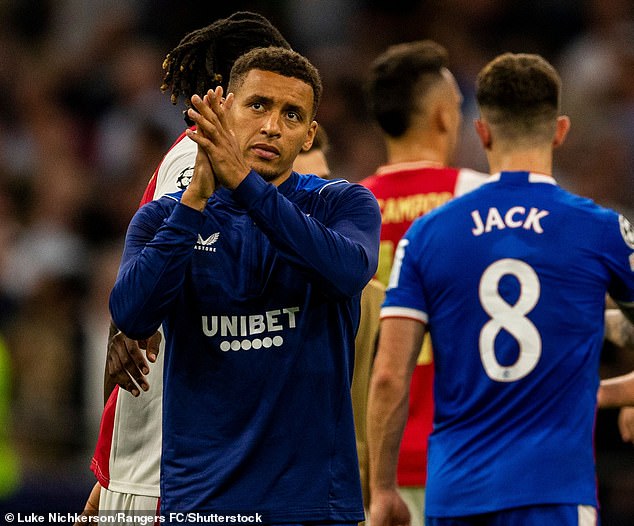 Tavernier was substituted at half-time, alongside Malik Tillman and Scott Wright 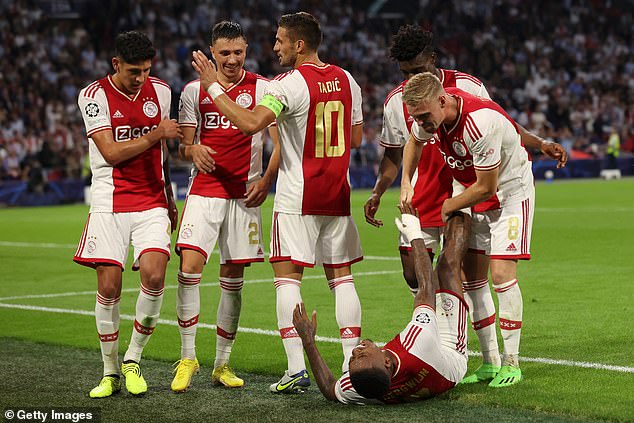 Ajax coach Alfred Schreuder clearly paid close attention to how PSV Eindhoven had punished Rangers’ weakness at corners during their 2–2 draw at Ibrox. He knew the areas to attack. And how to exploit a zonal marking system that remains deeply flawed.

Notice was served with the very first set-piece. Played short to Dusan Tadic, it led to Jurrien Timber heading over from a promising position.

Man of the match: Mohammed Kudus.

It was stunningly simplistic. When Steven Berghuis delivered from the right, no Rangers defender got close to it and Alvarez simply walked away from James Sands to head firmly into the net.

Ajax smelled blood. Going in for the kill, they spent precious little time in their own half as complete control was established.

Devyne Rensch saw a near-post effort repelled by McLaughlin before then miscuing completely right in front of the goalkeeper after being played in by Kenneth Taylor.

The inevitable was only . Already looking bedraggled, the last thing Rangers needed was a dose of misfortune.

That arrived when Sands diverted a Berghuis shot beyond McLaughlin to make it 2-0, yet the overall picture owed nothing to luck. Winning every individual battle, Ajax were fully worthy of an advantage that grew further barely 60 seconds later.

This time the finish was sensational. But again the paucity of Rangers’ defending was laid bare.

When Bassey played the ball into the feet of Mohammed Kudus, the brilliant Ghanaian winger rolled away from James Tavernier far too easily.

Tavernier desperately scrambled to try and get back. It was in vain. Kudus was away. Drawing back his left boot, he exploded a a magnificent angled strike past McLaughlin and into the top corner of the net. The Johan Cruyff ArenA reverberated in delight.

For the 2,000 or so Rangers fans high in one corner of the ground, this made for the grimmest viewing. Those who were at Celtic Park must have been suffering from post traumatic stress disorder. It could have been even worse. McLaughlin saved from Taylor and Tadic as Ajax continued to enjoy themselves. 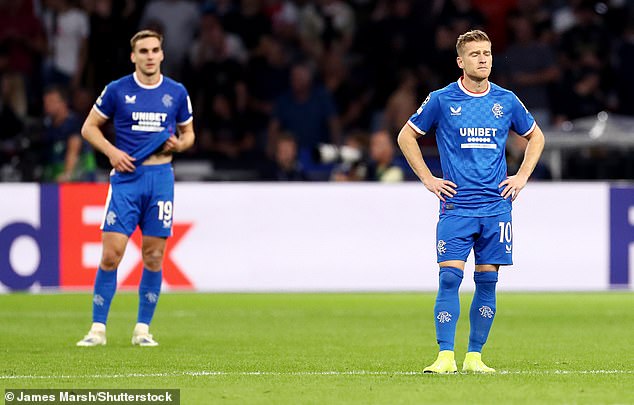 With King going to right-back, Rangers switched to a back five. Was this damage limitation from Van Bronckhorst? Or a tactical necessity to try and gain some kind of grasp on what was left of the game?

Hope of the latter was briefly raised when Ryan Kent hared into the area before setting up Barisic for a nice curler off his weaker right foot. But even that sliver of joy disappeared. A VAR checked confirmed Kent had been offside when starting his advance.

Then came Jack’s inaccuracy. And a fourth from Berghuis. The comeback ended closer to a calamity.