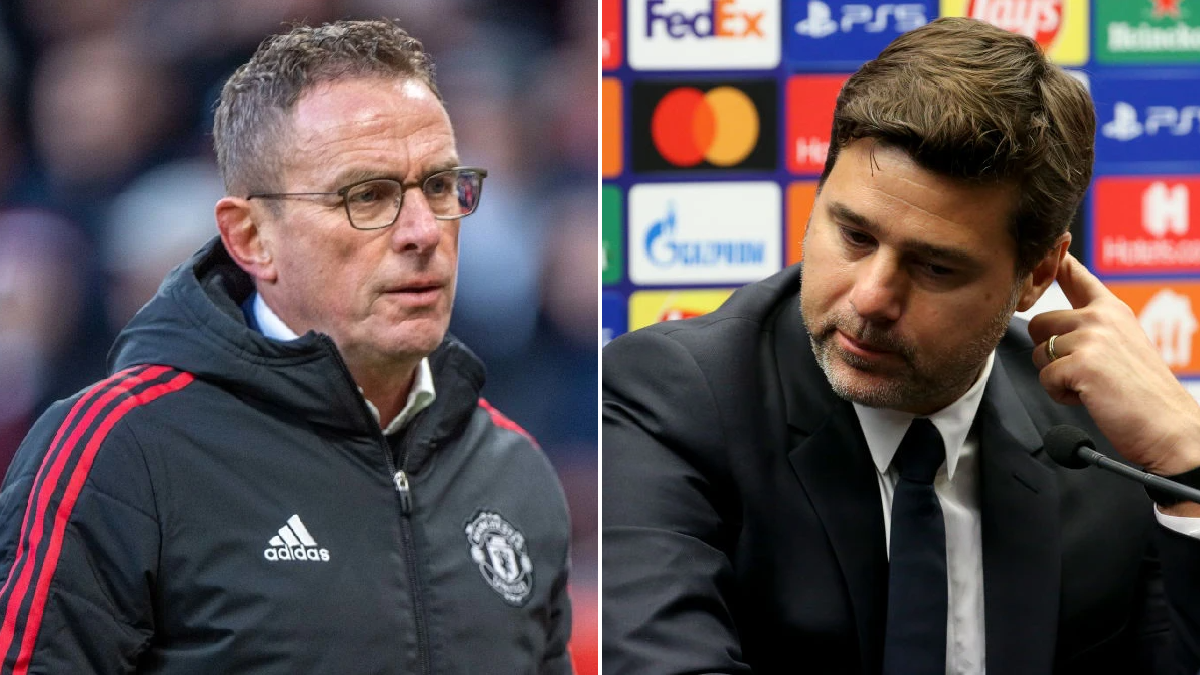 Manchester United are in secret contact with Mauricio Pochettino despite the Paris Saint-Germain boss not being Ralf Rangnick’s preferred successor, according to reports in France.

The Red Devils are conducting a thorough search for a new permanent coach with Pochettino, Ajax boss Erik ten Hag and Leicester City’s Brendan Rodgers the three main names in contention to take over at Old Trafford.

Interim boss Rangnick is only in charge of the team until the end of the season at which point he will move into a consultancy role, and he is expected to play a part in deciding his successor.

Now Le Parisien claims Pochettino and United have remained in contact behind the scenes ever since Ole Gunnar Solskjaer was sacked in November – though that does not mean he is a shoo-in to land the job.

The Argentine has a lot of supporters within the corridors of power at United – not least from legendary former manager Sir Alex Ferguson – but the current incumbent of the hotseat has other ideas.

Rather than appointing Pochettino, Rangnick’s preference would be for Ajax head coach Ten Hag to take over the reins at Old Trafford and he is a huge fan of the 51-year-old.

The Dutchman has got title holders Ajax playing scintillating football and they joined an exclusive club this season by winning all six of their Champions League group games.

But, by contrast, Pochettino has faced a great deal of criticism at PSG despite having an 11-point lead in Ligue 1 and the appetite to appoint him from United’s hierarchy owes more to his time at Spurs than his stint in Paris.

Le Parisien also report that PSG are braced for the possibility of losing Pochettino in the summer and will move to bring in Zinedine Zidane as his replacement.

Ten Hag has previously been on the radar of Tottenham and Newcastle and is noted for his possession-based, attacking football, with Ajax playmaker Dusan Tadic full of praise for his manager.

‘He is amazing,’ Tadic told The Telegraph. ‘He is one of the best coaches in the world, without a doubt. He is totally obsessed with football, I am sure it is all he thinks about.

‘You need a manager like that if you want to be one of the best clubs. That is what he has made Ajax. The thing about him that is so impressive is he always seems to have the solution to a problem when you face an opponent.

‘He identifies their strengths and how to stop them, whatever the opposition do, he has a response. He will find a weakness and then he is able to tell the players what we must do to hurt them.

‘It’s so nice. He gives us such an advantage, we always feel like we are one step ahead of the other team. I think, tactically, he is the master. But he is also very good in the way he talks to the players. When you have that combination, it is why he is so good.’

Hargreaves SLAMS Fred, insists Sir Alex would drop him 'for a month'