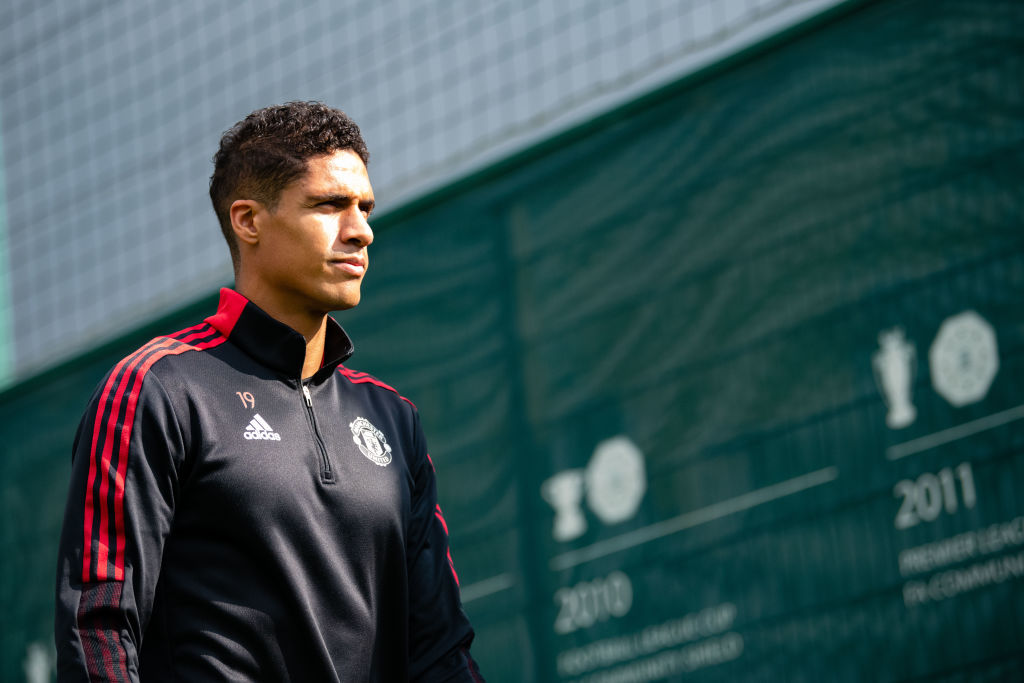 Raphael Varane has revealed that he spoke to both Ole Gunnar Solskjaer and Paul Pogba before making the decision to join Manchester United in the summer.

The 28-year-old joined United from Spanish giants Real Madrid, where he won an array of trophies including four Champions Leagues and three La Ligas titles during a 10-year spell at the club.

Varane has started United’s last two Premier League games against Wolves and Newcastle and is expected to be a stalwart in the heart of their defence this season alongside club captain Harry Maguire.

Speaking before United’s game away to West Ham on Sunday, Varane explained how he questioned the United boss and his international teammate about the club before deciding to move to England.

‘Ole spoke to me about the ambition of the team, and how I would feel playing for Manchester United,’ he told Sky Sports.

‘Paul spoke to me about the club, about the atmosphere, about the expectations. Of course, he is a great player. But he also has very good, positive energy.

‘He is a leader for the group. I’ve known him for a very long time so I’m happy to play with him.’

Meanwhile, United executive vice-chairman Ed Woodward has admitted that he’s delighted after bringing in Varane, as well as fellow new signings Cristiano Ronaldo, Jadon Sancho and Tom Heaton in the summer and believes the club can challenge for trophies this season.

‘We were delighted to welcome back Cristiano Ronaldo to the club, along with Raphael Varane, Jadon Sancho and Tom Heaton, to further reinforce the progress that our first-team has been making under Ole,’ he said on Friday.

‘These signings have demonstrated our continued ability to attract some of the world’s best footballers to Old Trafford, and our firm commitment to helping Ole deliver success on the pitch.

‘We have been clear in our strategy to build a squad with a blend of top-class recruits and homegrown talent, comprising a balance of youth and experience, with the aim of winning trophies and playing attacking football the Manchester United way,’ he added.

The Red Devils have started the Premier League season with three wins and a draw in their opening four games, but will be looking to bounce back against the Hammers tomorrow following a shock 2-1 defeat to Swiss champions Young Boys in the Champions League on Tuesday.