Wolves Nuno Espirito Santo says Raul Jimenez is back in training and “moving in the right direction” after fracturing his skull last year.

The Mexico international striker required surgery following a clash of heads with David Luiz during the win at Arsenal on November 29.

Since then, Wolves have taken just 13 points from a possible 42 in the Premier League.

“He (Jimenez) is training, he has been able to integrate into some of the training sessions and he is improving and doing well,” Nuno said.

“We have to be very careful and follow the protocols but keep positive because he is doing well.

“We are delighted, but know it’ll take time. He is going in the right direction.

“He will keep improving his fitness, follow the protocols and do consultations with the neurosurgeon. It requires patience but it’s moving in the right direction.”

Wolves have not won back to back games in the Premier League since beating Fulham and then Leeds at Elland Road in October and Nuno has revealed his concern over their lack of consistency.

Wolves host Leeds at Molineux on Friday after Sunday’s 2-1 win at Southampton moved them to 12th in the top flight.

“It’s very concerning, we are always trying to improving and reach our best performances. We want to be good and consistent and work hard to achieve that,” he added. 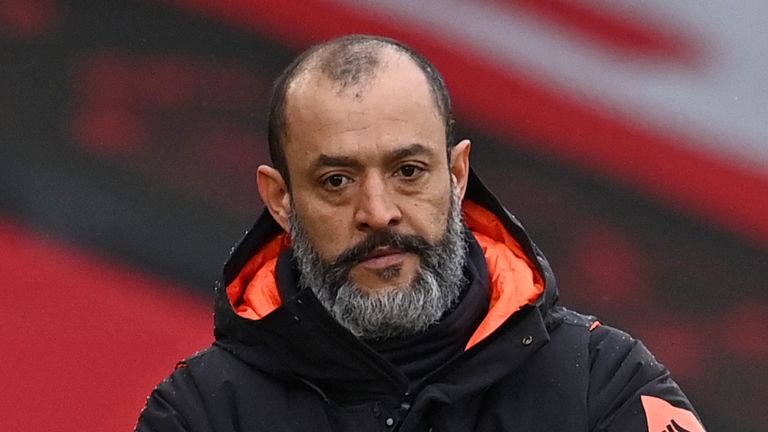 “We are lacking a lot of the things we are trying to search for in the games.

“We go match-by-match, we have a new challenge and a very difficult challenge, this will always be our philosophy.

“We always face a situation where we assume we have to improve and cannot say when we are going to reach the best. There is never the best, there are always new things.

“Our approach is improving match after match. We have to improve some aspects of our defensive organisation, there are still a lot of mistakes which we want to avoid.

“Leeds are a very good team, very special and unique in the way they approach the games. They have a fantastic squad, a very good manager (Marcelo Bielsa) and we realise they are very competitive. It will require the best of us.”