Home » Soccer » Reading 2-3 Bristol City: Robins up to twelfth in the Championship

Reading 2-3 Bristol City: Nigel Pearson’s side record their first Championship win since March as a brace from Andreas Weimann lifts them up to 12th place

This was a long overdue win for Bristol City and a stress-relieving one for manager Nigel Pearson.

They hadn’t tasted victory since March 13 – an unlucky run of 13 winless games – but ignited their season here against a Reading side guilty of shoddy defending throughout.

Two Andreas Weimann goals either side of Chris Martin’s strike ensured City fully capitalised on Reading’s vulnerability, the hosts unable to haul themselves back into the game after Femi Azeez scored. 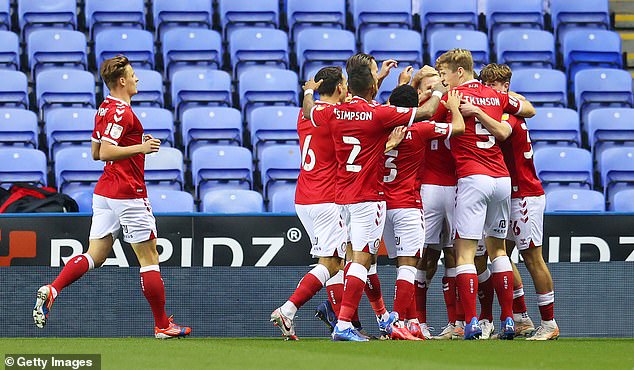 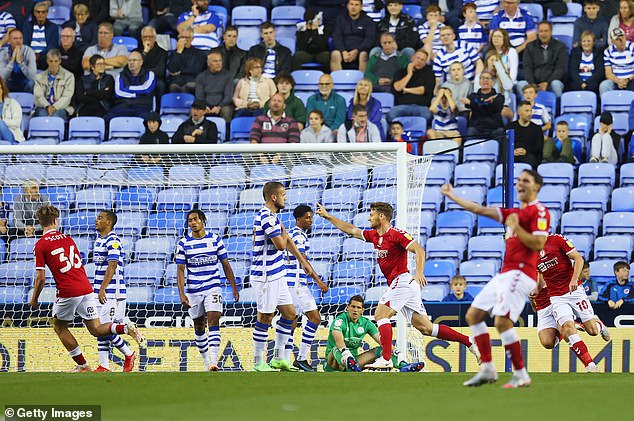 Liam Moore reduced the arrears again in the closing stages but Reading’s belated pressure failed to summon a barely-deserved equaliser.

Reading were the Championship pace-setters last season but, plagued by injuries and hampered by transfer restrictions, that looks unlikely this time around regardless of the late rally.

For Pearson’s side, it’s a foundation stone to build upon for this season after a string of disappointing results.

The contest snapped into life straight away, aided by some pretty shaky defending on Reading’s part that allowed the visitors two goals inside the opening quarter-hour. 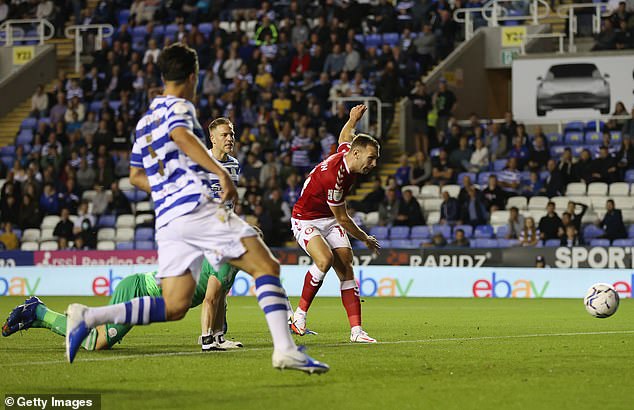 There’s often something about throw-ins that makes them fiendishly difficult to defend against – just ask Roy Hodgson’s England against Iceland at Euro 2016 or Arsenal against Brentford the other night – but this really was just sub-standard marking.

Tomas Kalas hurled the ball in from the right touchline, Martin darted to the near post to flick on and Weimann looped a header past Rafael Cabral from six yards. Far too simple.

If that was inexcusable by Reading, the manner of City’s second goal was at least as bad as they were allowed to win two headers in the box.

Matty James floated across a free-kick from a position 30 yards out, Cameron Pring flicked the ball on and as it arced over static Reading defenders, Martin was left with a simple back post tap-in.

As the 2,000 or so who’d travelled along the M4 made themselves heard, there were murmurs of discontent in the home sections. What a dreadful start. 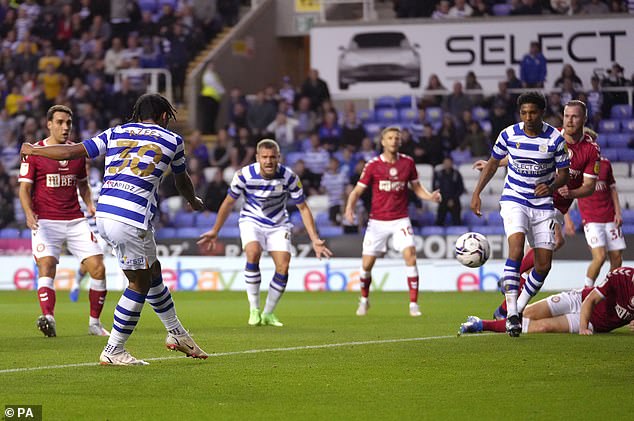 Fortunately for the Reading mood, they’d halved the deficit by the 20th minute. Injuries and the transfer embargo have forced Veljko Paunovic to look at talents in Reading’s academy and in Azeez a gem has been unearthed.

Having scored his first senior goal against Preston on Saturday, the 20-year-old was perfectly positioned to lash the ball home after George Puscas had scuffed at Josh Laurent’s cut back from the left.

The entertainment was tremendous but not sustained until half-time. Reading’s defenders allowed Kalas a free header from a James corner but it was directed straight at Rafael. 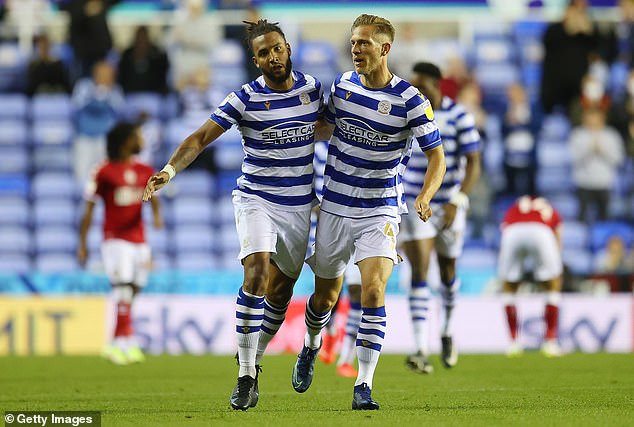 The hosts let themselves down again seven minutes into the second-half. City broke with Weimann feeding the ball into Alex Scott inside the box, who returned it to the charging Austrian.

The defenders were scattered but Weimann still had Rafael to beat but he kept his composure, nudging the ball left to round the keeper before firing home.

Reading set up a grandstand finale with eight minutes remaining, with captain Moore allowed the freedom to maraud forward before sliding a low shot into the far corner.

City should have sealed it with a minute to play as substitute Kasey Palmer struck the post and Weimann saw his follow-up saved by Rafael but they held out.