Zinedine Zidane’s side lose Group B opener; Federico Valverde sees stoppage-time equaliser ruled out for offside after VAR check; Barcelona up next for Real – follow El Clasico with our live blog on Saturday; Kick-off 3pm 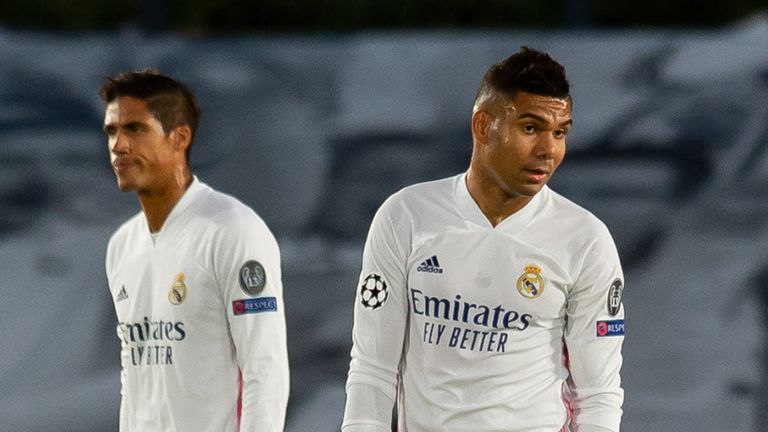 Real Madrid suffered a shock 3-2 defeat to Shakhtar Donetsk in their Champions League opener as a second-half rally proved in vain and a stoppage-time strike was disallowed.

Shakhtar raced into a 3-0 lead despite missing a string of players due to coronavirus, with Raphael Varane’s own goal (33) sandwiched between strikes from Mateus Tete (29) and Manor Solomon (42).

Luka Modric pulled one back in the 54th minute, before Vinicius Junior struck just 15 seconds after coming off the bench (59) but the equaliser proved elusive as Zinedine Zidane’s side were humbled by the Ukrainians.

Federico Valverde thought he had snatched an unlikely point for the Spaniards in injury-time but after a check at the pitchside monitor, Vinicius was ruled offside and interfering with play. 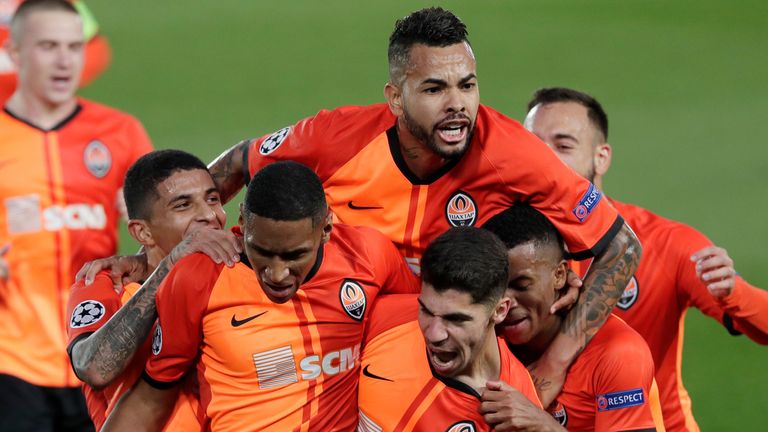 Real, who face Barcelona on Saturday in the Clasico, were playing at their 6,000-capacity Alfredo Di Stefano training ground as building work takes place at the Bernabeu, but it is Zidane’s squad that looked in need of renovation on this showing.

They were desperate to bounce back from a surprise 1-0 defeat by Cadiz at the weekend, but things quickly went from bad to worse for the 13-time European champions.

Shakhtar – who were without 10 first-teamers due to injury or coronavirus – gave them a scare after 15 minutes when Marlos burst through one-on-one with Thibaut Courtois.

The former Chelsea goalkeeper was able to thwart him with his legs but it was a sign of what was to come and Courtois could do nothing to prevent Tete opening the scoring with a low finish after a strong run from full-back Viktor Korniienko.

Three minutes later the visitors had a second, Courtois parrying Tete’s shot only for Varane to prod the rebound into his own net.

Solomon capped a remarkable first half with the third, latching on to Tete’s backheel and rolling the ball into the bottom corner.

Zidane threw on Karim Benzema at the break and Real pulled one back eight minutes into the second half with a curler from Modric.

Substitute Vinicius then scored within seconds of joining the action with a blistering run and shot.

Shakhtar could have gone further ahead but Courtois made a crucial save to deny Tete before Marlos had a goal ruled out for offside.

Real probed for an equaliser but Benzema was denied by a last-ditch block and Eder Militao fired over.

Valverde looked to have salvaged something from the game for Real at the death but Vinicius was offside and blocking the vision of goalkeeper Anatoly Trubin, allowing the depleted visitors celebrated one of their most memorable victories in European competition.

Celtic: Kristoffer Ajer and Olivier Ntcham could look for exit