Real Madrid and Sergio Ramos look set for a tense few weeks ahead. The veteran Spanish international is heading into the final few weeks of his contract with extension talks stalled at a crucial point. Ramos, who has enjoyed incredible success during his time at the Estadio Santiago Bernabeu, since joining from Sevilla in 2005.

Ramos, who has enjoyed incredible success during his time at the Estadio Santiago Bernabeu, since joining from Sevilla in 2005.

The defender is demanding a two-year contract extension but the club are standing firm on their 12-month offer.

The La Liga giants have a long-running club policy of only offering one-year extensions to players aged over 30 with midfield star Luka Modric signing a new deal last month.

However, Ramos is demanding a longer agreement due to both his importance to the team and his longevity at the club.

The 35-year-old has won five La Liga titles and four Champions Leagues during 16 seasons in Madrid with five of those major titles coming as club captain. 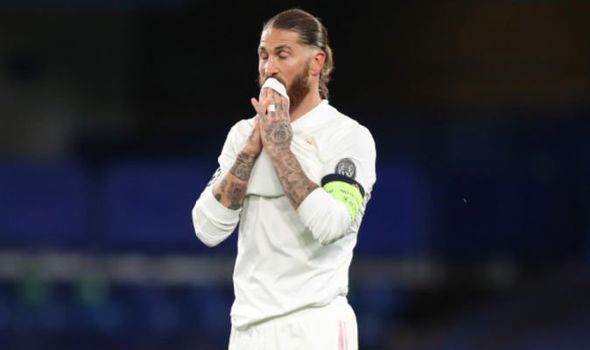 Alongside these major trophies, he is also fourth on the club’s all-time appearance maker list, with 671, and tenth on the historic La Liga list, just behind club legend Iker Casillas, with 508.

But despite that, Real Madrid are digging their heels in, and the situation looks set to turn nastier in the weeks ahead.

According to a report from Spanish radio station Onda Cero, Ramos has angered the club by telling his teammates not to accept wage cuts, as the club are only doing so to afford a move for Paris Saint-Germain superstar Kylian Mbappe.

Ramos is rumoured to have been offered a new deal, on reduced terms, similar to the one Modric recently signed, but he rejected it.

That standoff appears to have opened a growing rift between both parties with club president Florentino Perez opting to sign David Alaba on a free transfer and Ramos opening talks with PSG.

The situation is set to be resolved in the ‘next few days’, as per widespread reports in Spain, but there is a growing conviction that Ramos is prepared to walk away.

If he does leave the club, centre back partner Raphael Varane could also be on his way out with no progress on his own extension talks.

A deal for Mbappe is set to hinge on the club freeing up space on the wage bill by offloading key players and raising funds through squad player sales. 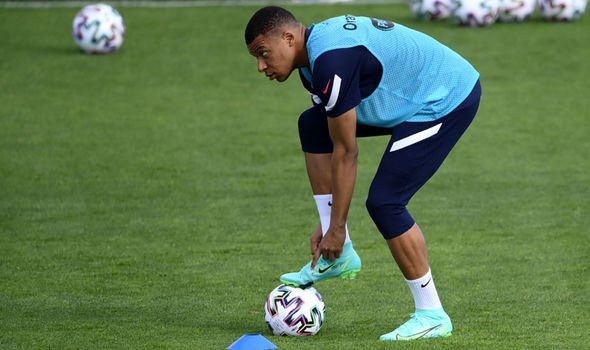 Incoming boss Carlo Ancelotti has been promised a sizeable transfer budget to work with ahead of the 2021/22 campaign and Mbappe remains as their No 1 target.

Mbappe’s own contract talks in Paris are rumoured to have hit a dead end with the French giants open to a sale to avoid potentially losing him for free in 2022.

‘They celebrated like they won the league’: Southampton’s Ralph Hasenhuttl on Manchester United’s reaction to victory