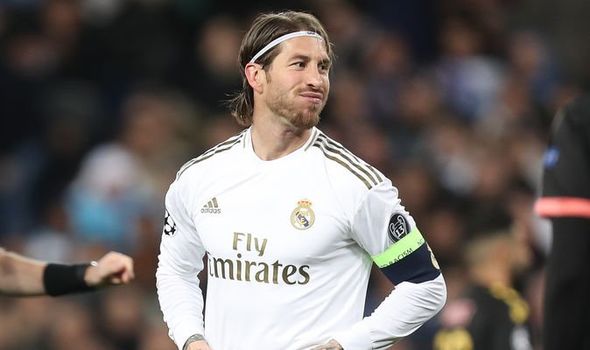 Real Madrid hope to overturn Sergio Ramos’ red card against Manchester City on Wednesday night and will appeal the defender’s dismissal, per reports in Spain. Ramos was sent off in the final five minutes of Real’s 2-1 defeat in the first leg of their last-16 clash.

The Los Blancos captain was shown a straight red by referee Daniele Orsato for hauling down Gabriel Jesus after the City striker pounced on a loose Casemiro pass and sprinted past Raphael Varane to make his way to the edge of the box where it appeared he would go one-on-one with Thibaut Courtois.

The score was 2-1 at that point, with goals from Jesus and Kevin De Bruyne – from the penalty spot – reversing the scoreline in the visitors’ favour at the Bernabeu.

A third away goal would surely have killed the tie given City’s quality, despite their struggles in Europe in recent years, and the recovering Ramos tripped Jesus from behind to force a free kick.

That leaves them facing a trip to the Etihad for the second leg on March 17 without one of their most influential players as they seek to turn the tie back in their favour and avoid a second successive last-16 exit. 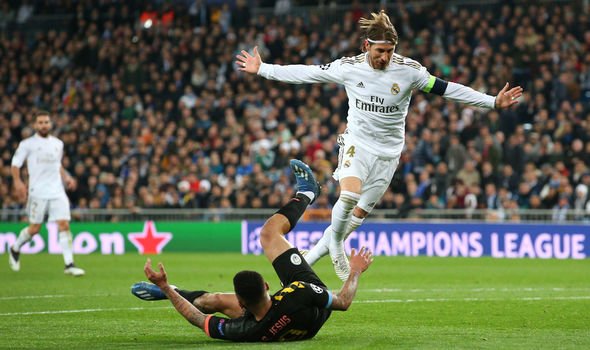 According to Spanish radio outlet Cadena SER, however, Real will appeal the red card in the hope of having the decision overturned.

Ramos’ sending off was the 26th of his career with the Madrid club after 638 appearances across all competitions.

He has picked up eight straight reds and 18 from two bookings, with a joint-record four dismissals in the Champions League alongside Zlatan Ibrahimovic and Edgar Davids.

But City legend Joe Hart in the BT Sport studio post-match felt his latest sending off was unfair, as Jesus was waiting for thhe contact to go down.

Tweeting in reaction to the incident, Ramos said on Thursday afternoon: “After a very difficult night, there are two options: we can think about yesterday’s defeat or work on tomorrow’s win. I choose the latter. Head and heart already on el Clásico. #HalaMadrid @realmadrid.” 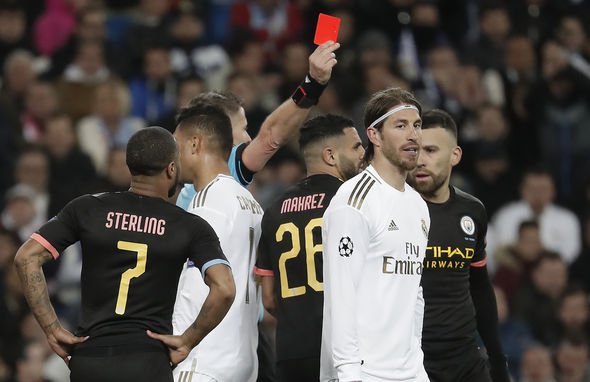 Ramos’ attentions now immediately turn to Barcelona on Sunday (8pm) with his facing a crunch El Clasico showdown which could go a long way to deciding the destination of this year’s La Liga title.

Headed into the clash, Barca sit two points clear of Madrid, despite having lost twice as many games this term and having conceded 12 goals more.

Real sit 10 points clear of neighbours Atletico Madrid, with the title to be decided between Spain’s two main heavyweights once again.

Los Blancos are seeking only their third championship since 2008, having watched Barca win eight titles since then.

And Ramos said told La Liga of the clash: “It’s not just any other game. Despite there just being three points at stake, as there is in every game, El Clasico is a game unlike any other.

“Beating Barcelona would bring us great joy. What’s more, it usually has a really positive impact on the group in terms of morale. 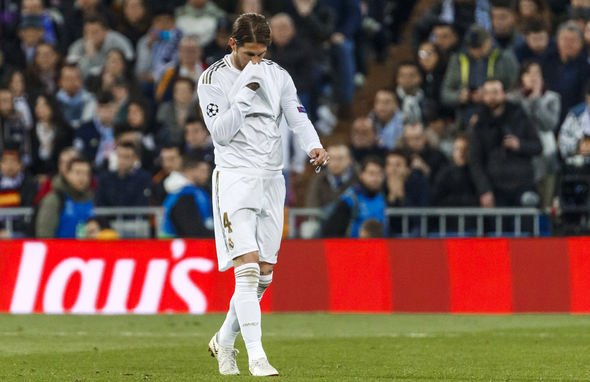 “Both teams know that and it’s something that we have to deal with as best we can to turn it into an incentive that drives you on to victory.

“Right from the start of the week, the whole experience is different. It brings a lot of media attention, but that’s also what makes this game so great, the La Liga, the players…

“The feeling you get is one that comes from inside, it’s really hard to explain.

“It’ll be very evenly contested, on account of the stage of the season we’re at and because there’s hardly any difference in terms of the points we have.

“It could be pivotal or not, depending on the result, but I think that there’s still a really long way to go in the La Liga season. 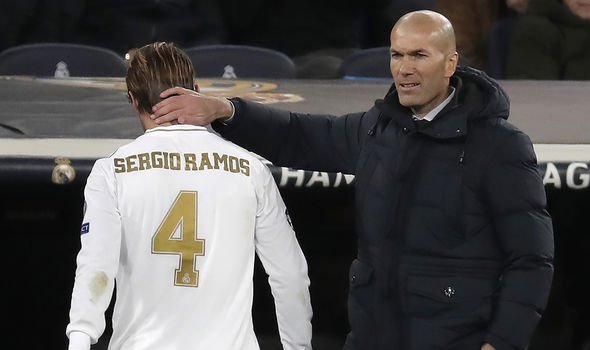 “There’s a lot of points to play for and anything can happen. It’ll be really important for us to win at home, in front of our fans, which is also an added motivation for us and will give us greater satisfaction if we win.

“We’re stronger with them behind us and that has to show. Let’s hope that we can make a statement and win at home.”

Real have not beaten Barca in the league since April 2016 and have not been victorious at the Bernabeu since October 2014.

Zinedine Zidane has managed Real to three wins and three draws in eight matches against their Catalan rivals.