Real Madrid youngster Rodrygo will be suspended for Sunday’s Clasico with Barcelona after being sent off for goading an opposition goalkeeper following a goal for Real’s B team.

It comes as an additional frustration for Zinedine Zidane, who is light on attacking options for the top-of-the-table clash after Eden Hazard’s injury.

Brazilian Rodrygo scored an impressive solo goal for Real’s Castilla team in a third tier fixture against SS Reyes, finishing with a cheeky dink beyond the goalkeeper. 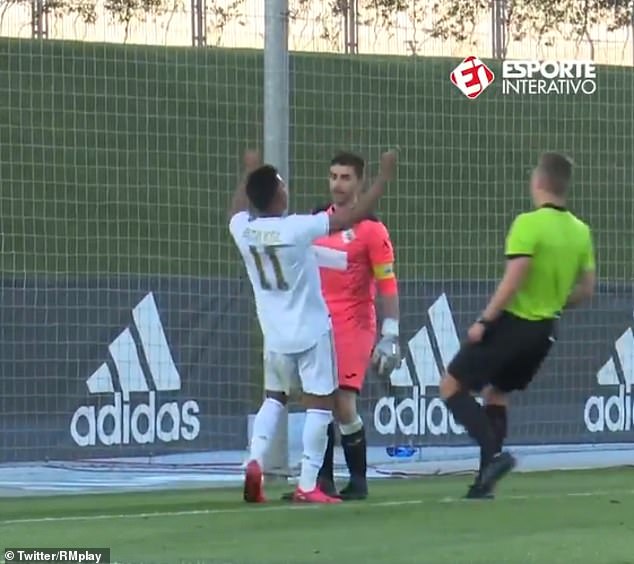 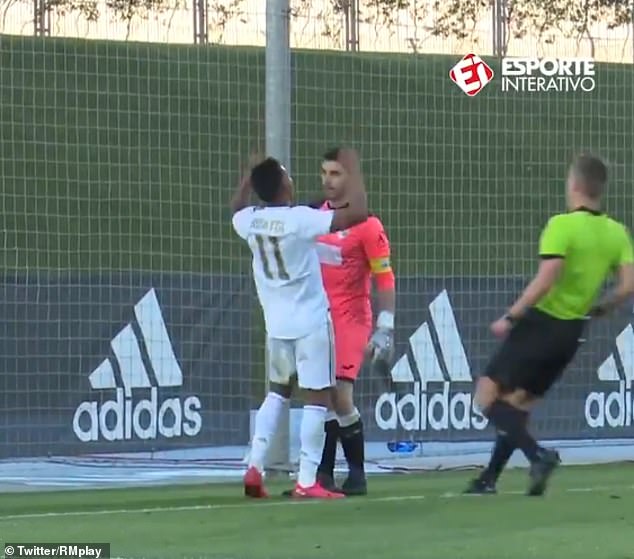 He didn’t celebrate until confronted by the keeper, then began to goad him to his face

The Reyes keeper didn’t take kindly to it and confronted Rodrygo as he casually walked back onto the pitch.

At that point, the 19-year-old started celebrating right in the keeper’s face, earning himself a second yellow card and a dismissal. The keeper wasn’t punished for his provocation.

It means he will be suspended for first-team matches as well, ending any possibility of Zidane calling him into his depleted squad for the Barcelona clash.

Such a possibility appeared unlikely anyway given that Rodrygo hasn’t been in Zidane’s squad for their last four LaLiga fixtures. 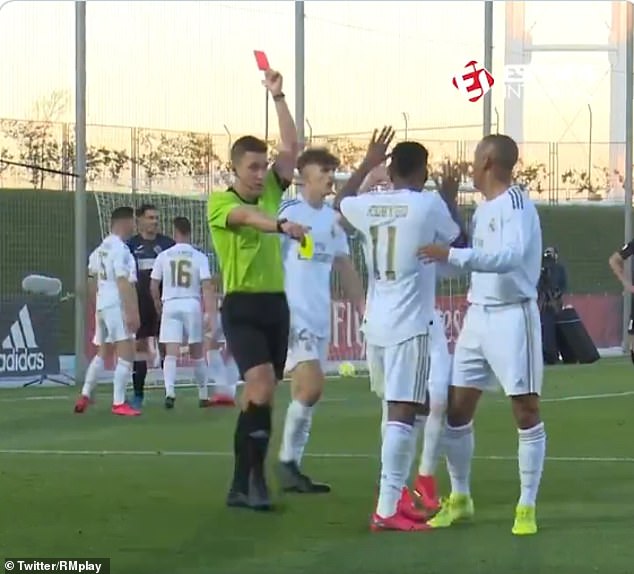 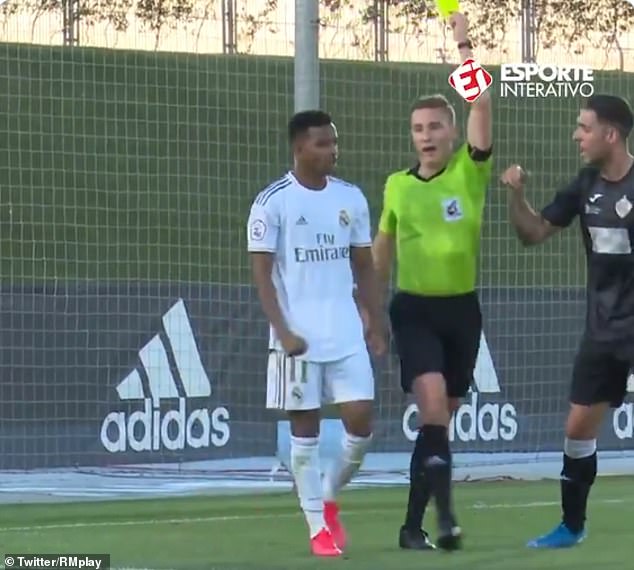 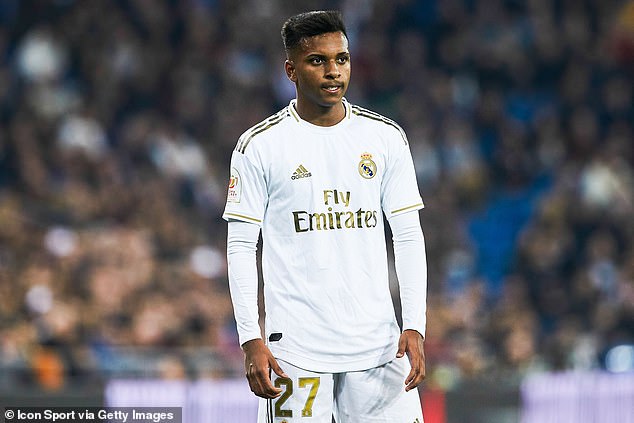 But his actions will come as an irritation with Real in need of all potential options as they try and overturn Barcelona’s two-point lead at the top of the table.

It came after Zidane met with Rodrygo on Friday to reassure him he remained part of his plans despite his return to the Castilla team.

He remains eligible to replace Hazard, who is set to miss the next three to four months with a fractured ankle, for Real’s midweek Champions League match against Manchester City. 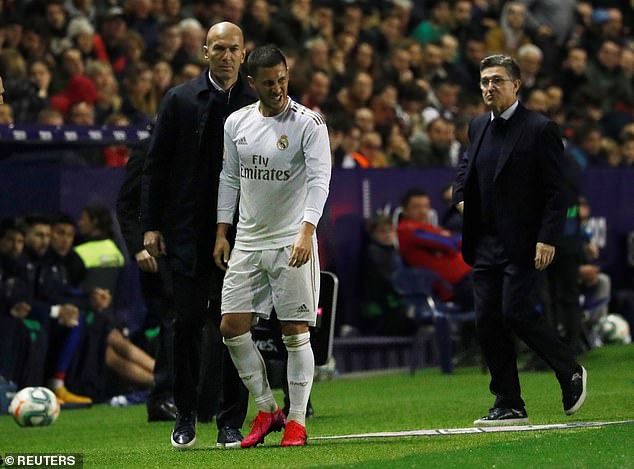 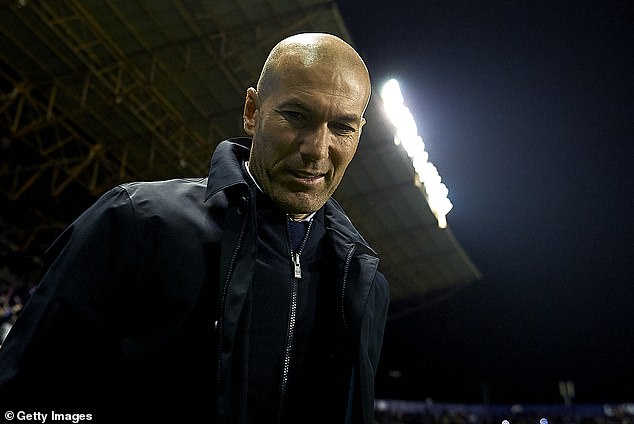