Reece James is one of several young players who have established themselves in the Chelsea senior squad this season. New manager Frank Lampard was forced to put his faith in academy graduates due to the Blues’ transfer ban but has been richly rewarded with James and his fellow starlets looking right at home in the Premier League.

James has clocked up 26 appearances across all competitions this term, scoring twice and providing three assists from defence.

Meanwhile, Tammy Abraham is the club’s top-scorer with 15 strikes before his season was derailed by an ankle injury and Mason Mount has been a vital part of Lampard’s plans with six goals and five assists in 41 outings.

Elsewhere, Fikayo Tomori has gained valuable experience in the heart of defence and Billy Gilmour is the latest teenage sensation off the Chelsea production line with a couple of eye-catching recent displays against Liverpool and Everton.

The 18-year-old is a long-term prospect at Stamford Bridge and has been backed to retain his spot in the senior squad when Chelsea’s more established stars return from injury. 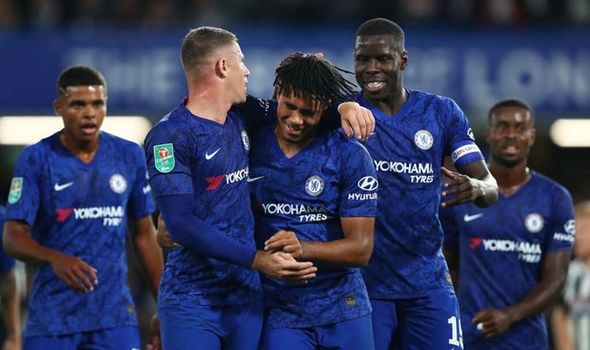 Likewise, James is an established part of the first-team picture now but still has good connections to the academy and the 20-year-old has already identified the next youngster who could make the step up to the senior squad.

Speaking to Bleacher Report, James said: “Be on the look-out for Tino Anjorin.

“He’s debuted already but one who can break into the first team [next season].”

The attacking midfielder made his senior bow for Chelsea in the League Cup last September, playing the final 20 minutes of the 7-1 victory over Grimsby Town.

Anjorin was then called up by Lampard once again for the most recent clash with Everton, and the 18-year-old was handed a late chance to impress in the 4-0 victory.

The youngster is captain of Chelsea’s FA Youth Cup side and top scorer for the unbeaten development squad, although he is yet to find the back of the net in his limited run-outs for the first team.

Anjorin has been with the Blues since he was eight, and has revealed that he used to struggle up against the likes of Callum Hudson-Odoi in the academy set-up.

Speaking to the official Chelsea website, Anjorin said: “I used to get a lot of growing issues.

“I played with the Under-15s a lot [while in the age group below] and they were very strong, people like Callum Hudson-Odoi and Jonathan Panzo. 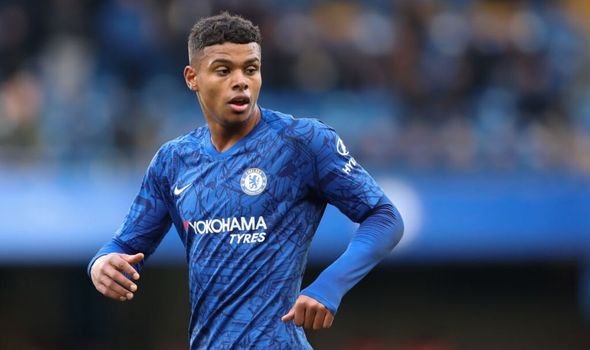 “It was a massive jump at the time – the intensity is a lot higher, you have to be sharper and it’s a lot more demanding on your body. They’d win tournament after tournament and I was overwhelmed because they’re the players I looked up to.”

Anjorin now has differet goals, with the youngster often training alongside some of the most highly-decorated players in the modern game.

“Learning from them, getting that experience and advice from them, having a manager like Frank Lampard who’s done it all, it can only make you a better player.”