Kyle Walker Peters’ red card against Crystal Palace was overturned by referee Jon Moss after he consulted the VAR pitchside monitor, in what has been described as a ‘huge step forward for VAR’ by ex-Premier League striker Michael Owen.

The Southampton right back was shown a straight red by Moss after a high foot on Palace defender Tyrick Mitchell.

But after the video assistant referee advised the on-field referee to consult the pitchside monitor – a move which was discouraged last season – Moss decided to downgrade his decision to a yellow card. 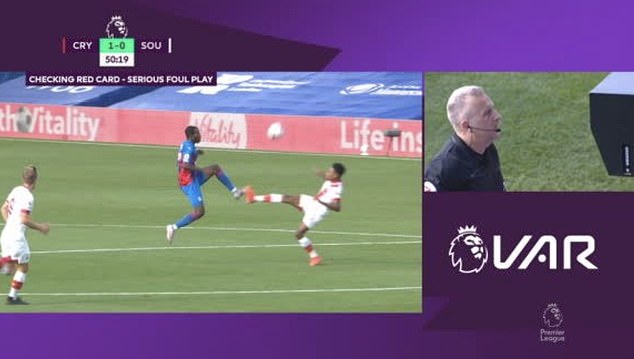 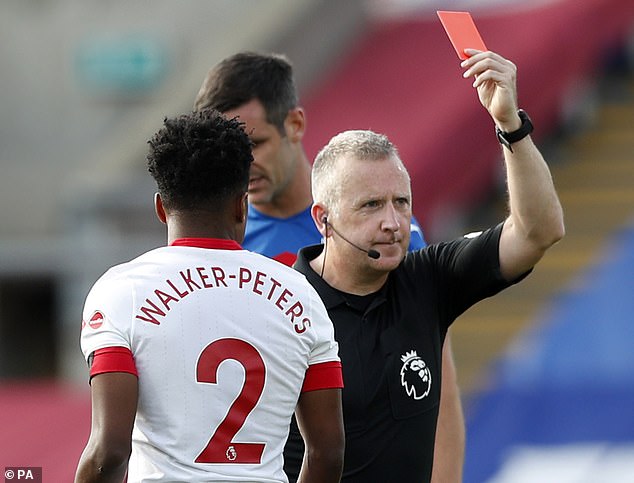 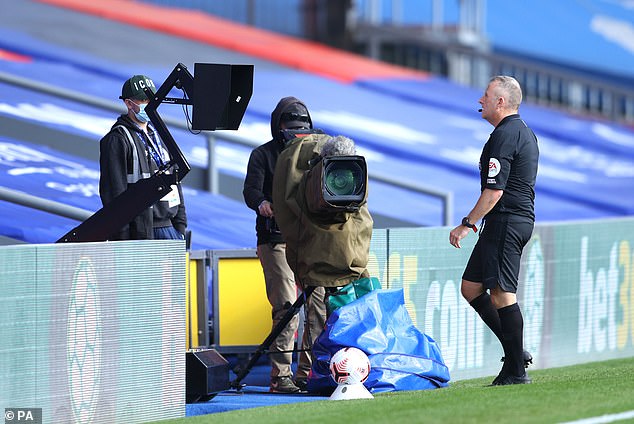 Yet after Moss looked at the pitchside monitor, he decided to change his decision upon review

Given Walker-Peters’ challenge wasn’t with excessive force and seemed a genuinely mistimed attempt for the ball, it seemed the correct decision was eventually found.

And the reaction on social media was full of praise for the VAR process and Moss consulting the pitch-side monitor.

‘John (sic) Moss makes the wrong call issuing a red card but sees the replay on the pitch side monitor and reversed his own decision. 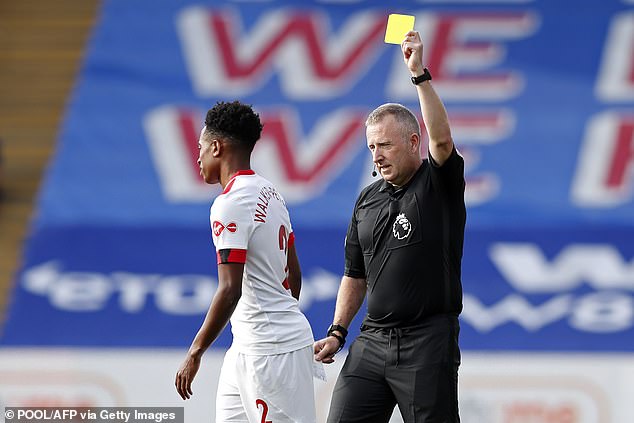 Others on Twitter were also similarly surprised and satisfied with what occurred, with one saying: ‘Breaking News!!!! VAR in England starts functioning.’

Another joked: ‘Everyone who has Walker-Peters in fantasy must love VAR right about now.’

Despite the decision, Southampton couldn’t use the VAR call to their advantage, as they slumped to a 1-0 defeat at Selhurst Park, courtesy of Wilfried Zaha’s early volley.