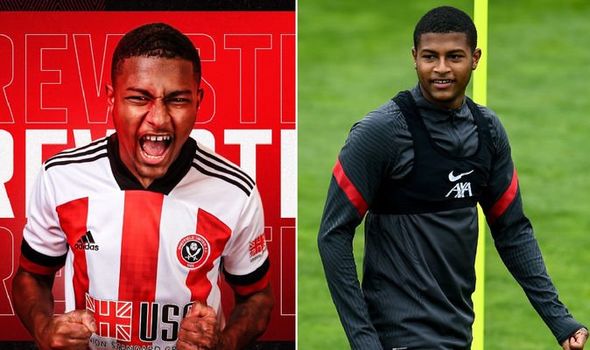 Rhian Brewster has admitted it was “difficult” to leave Liverpool after sealing a £23.5million move to Sheffield United on Friday. The 20-year-old ends a five-year spell on Merseyside to move to Yorkshire in hope of consistent Premier League game time under Chris Wilder.

The England youth international managed just four first-team appearances for Liverpool despite his promise, due to the competition up top in the Premier League champions’ squad.

Brewster provided a glimpse of his promise on loan at Swansea in the Championship, scoring 11 times in 22 games in just six months in south Wales.

Multiple clubs had shown interest in him since but Brewster has chosen to move to the Blades, who have agreed a buy-back clause in the deal to sign Brewster.

Liverpool will be able to buy the frontman back for around £40m in any of the next three years, after which the clause will expire.

Sheffield United will pay £18m upfront with the remaining £5.5m in performance-related add-ons for the under-17 World Cup winner, who will the No 24 shirt at Bramall Lane. 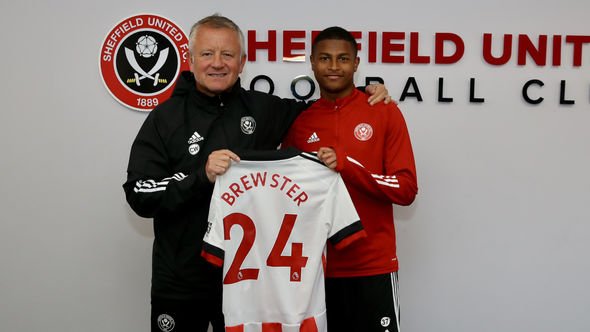 The Reds also have a 15 per-cent sell-on clause included in the deal for former Chelsea trainee Brewster, who has yet to make a single Premier League appearance.

Speaking to Sky Sports after putting pen to paper, London-born Brewster said: “Yeah of course, it’s hard leaving any team and a team like Liverpool, who are amazing.

“They’re only on the way up right now. It’s difficult to leave but for me, I think I need game time and for me and my career.

“I think it’s time to push on and try and get regular game time in the Premier League. I think the step for me is to do it here.

“I’m going to try do as much as possible to help the team, work hard on and off the pitch, try to score goals and help the team. 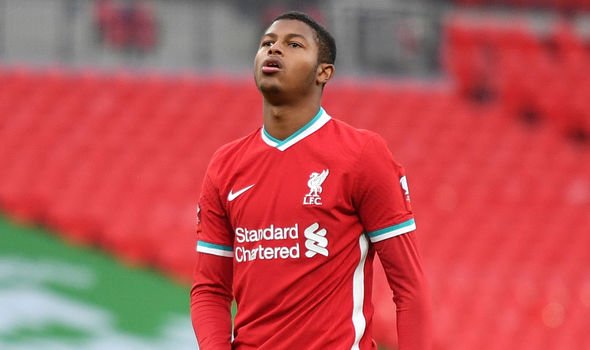 “It [the price tag] comes with a big pressure but for me it’s just about trying to help the team, trying to score goals and work hard and hopefully get some results.

“There was quite a few teams that came in for me, you can’t just pick one straight off, you have to think about it and take your time because it’s my future and my career.

Brewster said a classy farewell to Liverpool in two tweets from his official Twitter account on Friday evening.

“After years of learning & growing at Liverpool the time has come for me to head onto a new chapter,” he wrote.

“An emotional thank you to everyone at @LFC for their belief and support in me every step of the way, through all the good times and tougher ones as well. 1/2.

“Huge love to all my teammates, taking me under their wing and pushing me to be better every single day.

“I leave here with special memories and countless learnings. But most importantly, better than I arrived #YNWA 2/2.”

Earlier in the day, Liverpool boss Jurgen Klopp explained: “It’s about development – if Rhian was now 25 or 26 we would say stay and work for your chance – it’s a different situation when you are younger.

“A player like Rhian in this position, it’s important he makes the next steps and uses the time he lost during the serious injury. 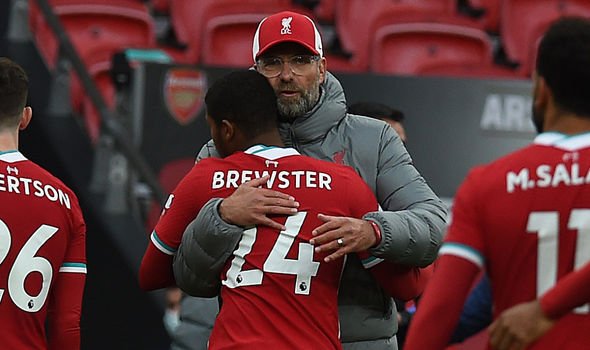 “It’s possible a move to another club would make sense but I don’t know exactly what will happen there.

“If Rhian stays this year, he’s part of the squad as well just like Curtis [Jones] in the same way. It’s about earning game time and you earn during game time during training and the minutes you get.

“It’s not about the number in the squad, I can work easily with 24 or 25 players for a long season, but if the player doesn’t feel comfortable in the situation fighting for a place or doesn’t see the perspective, then we have to talk.

“These kinds of talks are going on at the moment but like always and then you will get the result in the end when a decision is done.

“Sometimes it is just better for a player to go somewhere else and get more game time.”

Blades boss Wilder said after the deal was confirmed: “At the top of the pitch we have one of the country’s hottest properties from Liverpool and for him to sign permanent here is fantastic for everyone concerned.

“There has been a lot of interest in him over the summer, a lot of speculation about who we were going for, but he has been our number one target and I am delighted to have secured his services.

“He’s a natural goalscorer. He finishes from any aspect, whether it is in the air or whether it’s spectacular goals, free-kicks or off his shin – he has a lovely habit of scoring goals, which is crucial in the Premier League.”