Man Utd: Will Solskjaer be happy with Anfield point?

Following Manchester United’s 0-0 draw with bitter rivals and fellow title chasers Liverpool, Roy Keane criticised the showings of Bruno Fernandes and Marcus Rashford, arguably United’s two most important players. However, Rio Ferdinand has defended Fernandes, insisting he has been “phenomenal” for the club.

Rio Ferdinand has seemingly disagreed with Roy Keane’s scathing assessment of the performances of Bruno Fernandes and Marcus Rashford against Liverpool.

Manchester United were held to a 0-0 draw by their bitter rivals and fellow title chasers.

Liverpool enjoyed the majority of the play, especially in the first half, but failed to create any real clear cut chances.

United could have even won the game in the dying moments but Paul Pogba was denied by Alisson from close range.

JUST IN: Man Utd can change the title race if Woodward jumps gun for Solskjaer 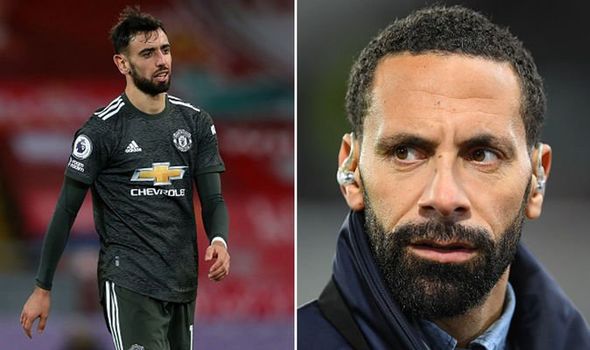 That prompted ex-Old Trafford captain Keane to call into question the efforts of key men Fernandes and Rashford, who failed to have any significant impacts of proceedings.

Keane told Sky Sports: “The back four, which always worries me, were brilliant.

“I know they gave up one or two chances in the first half an hour, but Luke Shaw was brilliant defensively and going forward.

“When I look at the couple of chances United have created, Rashford never turned up. 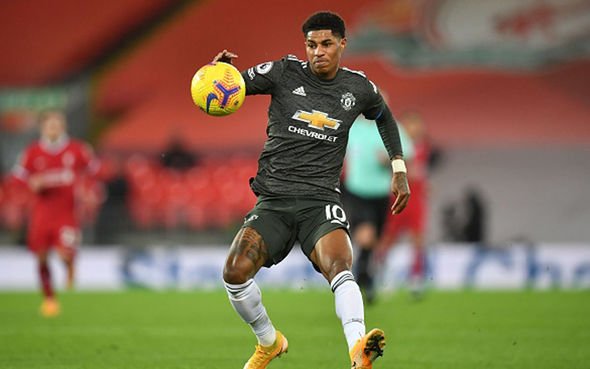 “Fernandes didn’t play that well either, but they still created the two best chances of the game. Huge moments.”

However, Ferdinand has jumped to the defence of Fernandes in particular, insisting that the Portuguese has carried United to where they are now, before stating his belief that the result was something to be proud of.

“They looked off but we’re top of the league so I always look at it like that,” the ex-defender said on the Stretford Paddock YouTube channel.

“If we played this game and had zero shots on target and we looked like we had no threat at all, then I’d be a little bit concerned.

“But I still think there were moments, it was just the final pass or timing of the pass in the final third maybe a couple of times, and then the finish, they were just a little bit off today.

“But, listen, you can’t talk about [Bruno]. I wouldn’t say Bruno’s looked off recently. The geezer’s output has been phenomenal.”