The Blues drew 1-1 against the Russian side in the Champions League on Wednesday night, with right-sided defender James playing in an unusual central midfield role, with N’Golo Kante and Mateo Kovacic injured and Ruben Loftus-Cheek rested.

And Ferdinand stated only ‘top players’ were capable of changing positions and still putting in strong performances. 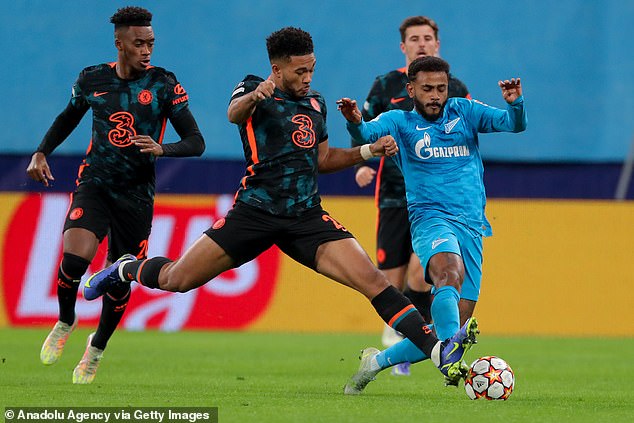 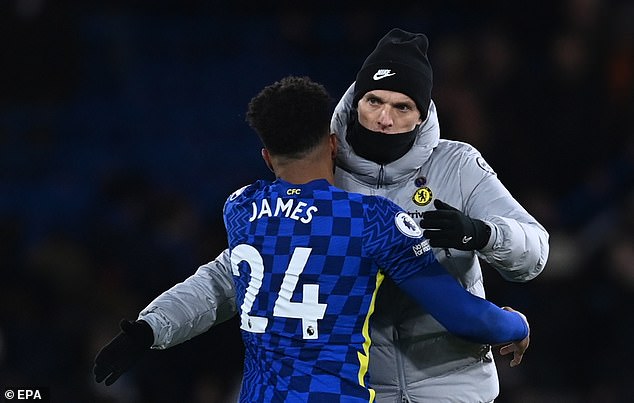 He said: ‘He’s a ridiculous talent. We spoke about right-backs in this country with huge talent dictating games – he went into midfield and looked like he’d been playing there all his life. He was dominating, passing, breaking things up.

‘He’s an integral part of the team there. You win games in the central midfield area a lot of the time, that battle in there. He’s gone in there in a Champions League game and produced a performance that is getting people talking about him.

‘Only top players can do that, are intelligent enough to adapt to different positions. You don’t worry about those players. The way Reece goes into different areas of the pitch, when he receives it in the middle of the pitch he looks so comfortable.’ 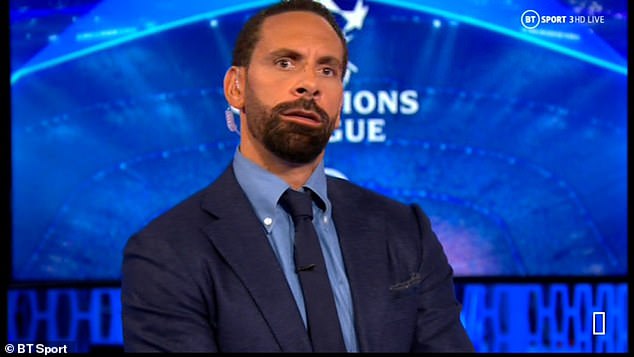 Fellow pundit Owen Hargreaves compared him to a former Blues midfielder in Ghanaian Michael Essien in terms of his power, strength and quick feet.

He added: ‘He reminds me of Essien playing in there. Powerful. He can cover ground, play on his own, get up against people one-vs-one, he’s such a great player.’

When Ferdinand asked about if there were any weaknesses to his game, Hargreaves continued: ‘Nothing. Nothing. I don’t think he’s got one. He’s the most complete right-back (in England). He can play (in midfield) without question.

Is Villarreal vs Arsenal on TV tonight? Kick-off time, channel and how to watch Europa League fixture

Bukayo Saka believes Arsenal showed they are 'better' than Villarreal