Manchester United icon Rio Ferdinand has told Liverpool defenders Trent Alexander-Arnold and Joel Matip of a “conversation that has to be had” after the Reds’ 2-1 win over Ajax in the Champions League. The Cameroonian scored the winning goal after Mohammed Kudus equalised Mohamed Salah’s first-half strike, but there were still fragilities in the Liverpool defence.

Despite an improved performance from Liverpool’s opening group stage game, a 4-1 defeat to Napoli, Ferdinand noted a communication issue that was present for the goal that Jurgen Klopp’s side conceded.

“The only thing I would say in protection of Trent, if I’m playing here [right centre-back], I’m Trent’s eyes and ears and I’m saying to Trent ‘Anything to feet, you go and get it and stay in that position’, my thing has always been communication,” Ferdinand told BT Sport.

“If these two players say before the game this area behind the full-back, this is my area. I say to the full-back: ‘You got to the ball, the player, if the ball goes over your head and I’m not there then you can shout at me, it’s my fault’, but are they having those conversations? Has that been said before or during the game? I don’t see Trent going to Matip ‘Where was you?’ maybe that’s the conversation that has to be had.” 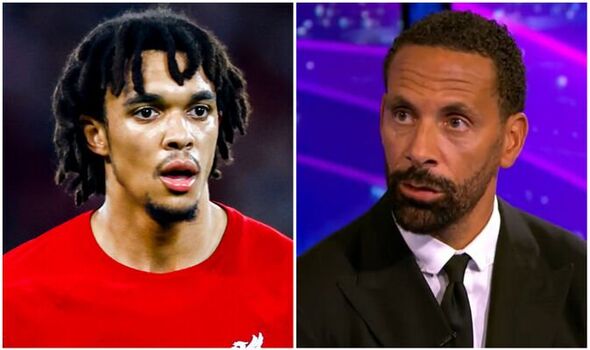 Alexander Arnold saw a ball go in behind him that led to Kudus’ equaliser in the first half, and Ferdinand at half-time suggested that Liverpool needed to “clean these things up” as they failed to keep yet another clean sheet. “We spoke about being engaged defensively before the game,” Ferdinand added. “You can see the intentions of the Liverpool team, pressing in the wide area.

“They beat the press, composure from Ajax, good shape but the ball comes out but Trent’s got to see that run. From this point on, it’s all about Kudus, what a finish, no goalkeeper is saving that. Trent can see the wide player, he can see where he goes he just gets caught ball watching. Any mistake at the moment, they’re getting punished. It’s unfortunate for Liverpool but they’ve got to clean these things up. 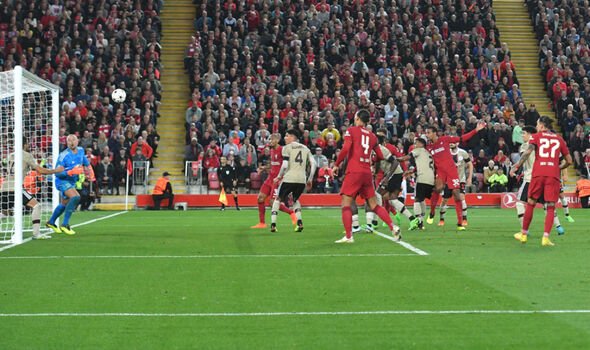 “Right-backs are so important now and he’s such a ridiculously gifted footballer and this is what he gives you on the other end. There’s not many others, unless Reece James, that give you the output in the forward areas that he gives you. You want the balance in his game to come but listen this kids going to be a legend in the game in years to come but there’s areas that need tightening up and that’s part of being a footballer.”

Klopp admitted he was unsure if his side could have done better defensively for Ajax’s goal. “I don’t know. I have to watch it back,” Klopp said. “In the end you cannot stop all balls behind but I thought we deal with that well, in that situation not.

“But like I said, it will always happen in football, it might not always lead to a goal, Ali might have to make a save. I understand we have to talk about all little details but for us it’s not that important, it’s about conceding a chance – which can happen with the quality of opponent – and getting back to how it should’ve been and that’s what we done second-half.