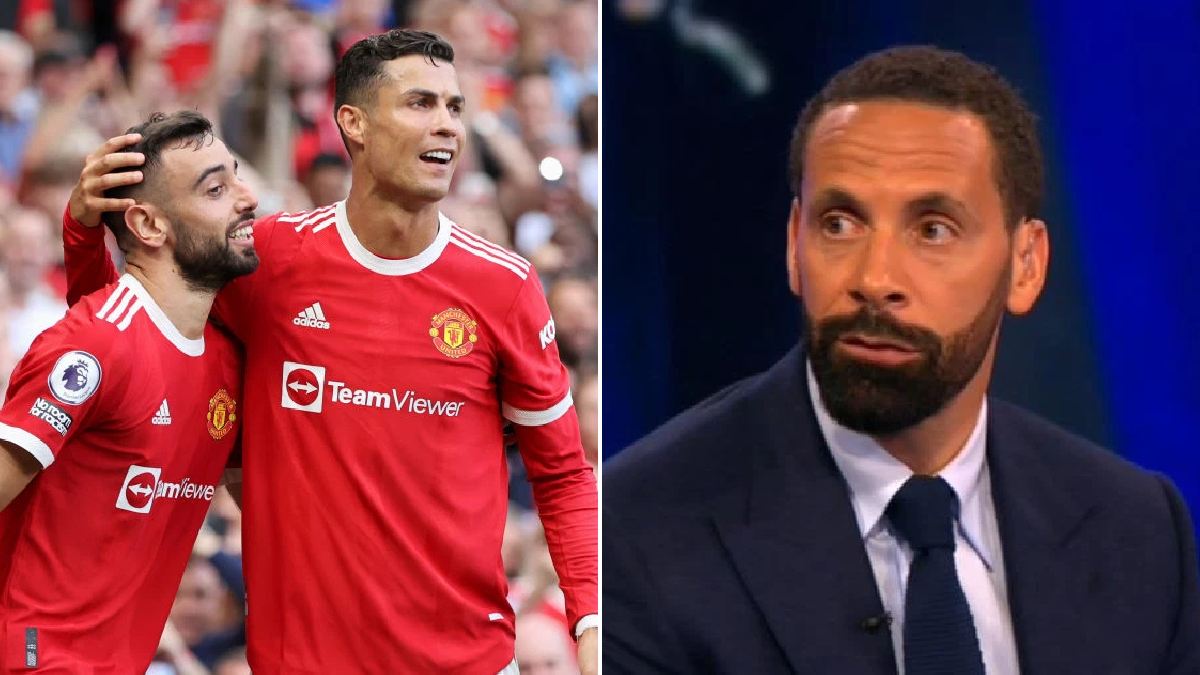 Rio Ferdinand believes Manchester United are one of a handful of teams capable of triumphing in this season’s Champions League but fears they could be held back by their lack of trophy-winning experience.

The Red Devils enjoyed a stellar transfer window, bringing in Cristiano Ronaldo, Raphael Varane and Jadon Sancho, but the core of the squad have not won any silverware since 2017’s Europa League final victory.

In the meantime, Liverpool and Chelsea have won both the Premier League and Champions League while City were in last season’s final and stormed to their third league title in four years under Pep Guardiola.

Although United have added know-how and experience over the summer, Ferdinand still feels his old club lack some of the nous required to win titles and says they will have to learn quickly if they want to win the Champions League.

‘I think Man United’s not problem, but where they’re behind the other three English teams, is the experience of winning things,’ he told BT Sport ahead of United’s opening group game against Young Boys on Tuesday evening.

‘All the other three English teams have won things, whether it be the Champions League or the Premier League. Man United have yet to do that as this group.

Fellow pundit Paul Scholes agreed with Ferdinand’s assessment of United’s chances, though feels the wealth of options Ole Gunnar Solskjaer now has at his disposal could be a game-changer.

The former midfielder added: ‘I think they’ve got a chance. As Rio said, the transfer window was big for them.

‘You go back to the Europa League final, they probably had 11 or 12 players that you felt were good enough to win a trophy and [Solskjaer] couldn’t make a substitute. He didn’t have trust in them five or six [bench] players to come onto the pitch. Now he’s got that.

‘You look at the bench, and what can come into this squad – Rashford not involved, Cavani not involved, you’ve got Greenwood and Martial – all of a sudden there’s a group of 15 or 16 players that could go on to potentially win the Champions League and fight for the Premier League as well.