Rio Ferdinand expects Everton defenders Mason Holgate and Michael Keane to thrive under Carlo Ancelotti. The two centre-backs are set to play together on June 21 when the Toffees return to action in the Merseyside derby against rivals Liverpool following Yerry Mina’s thigh injury and Ferdinand expects promising results out of that partnership.

Holgate has started 10 out of 11 matches ever since Ancelotti replaced Marco Silva at the helm in December and the Manchester United legend is confident the Merseysiders have one of the “best young centre-halves in the country”.

“He’s in a really superb place. His form for Everton has been excellent – he’s been one of the most consistent players in a blue shirt. 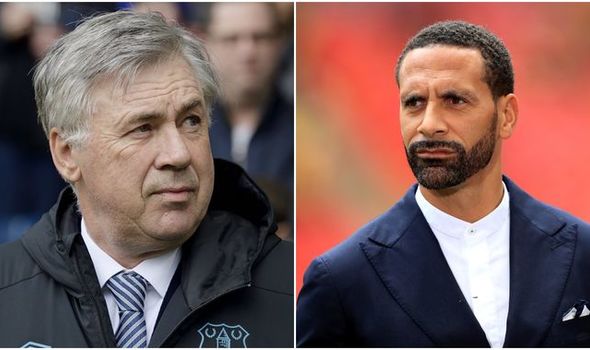 “He’d been touted as being in the next England squad [before lockdown]. He’s set goals for himself and he’s starting to knock those goals down, one by one.

“He’s defending well and, we all knew that he could pass and play, but I think he’s brought that to another level this season. He’s shown authority in the way he has played.

Arsenal legend explains why Jose Mourinho is “frustrated” at Tottenham 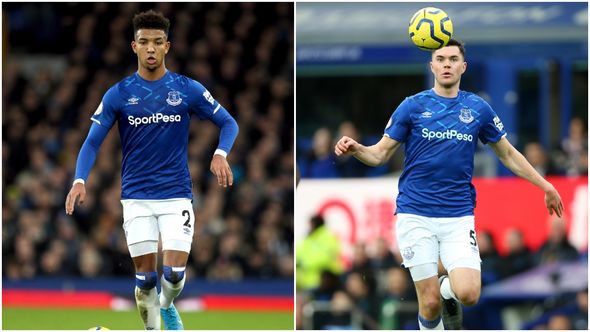 “Everton have got one of the best young centre-halves in the country – that’s a fact. He’s not even scratched the surface yet in terms of what he will be in three to four years. The progression he’s made so far is just the tip of the iceberg with Mason. There is much more to come.

“There are so many targets he’s going to put out for himself to go and achieve, and I think he can do that with the project that’s ongoing at Everton. The potential Mason’s got is huge.”

Ferdinand also sang Keane’s praises as he expects him to form a strong bond with Holgate both inside and outside of the pitch.

The 27-year-old has made 25 appearances for Everton this season and the legendary defender expects him to continue to grow and progress under Ancelotti.

Ferdinand added: “Mason’s got confidence in his own ability and it’s the same with Michael Keane, who I’ve known for a long time.

“They’ve got that steely determination, too, to want to fight for a position and feel like you should be playing every week. That’s what you need if you want to be a top player – you should think, ‘I’m the best here’.

“Both Michael and Mason are also guys who want to learn, want to listen and become better players. I think they’ve become really good friends, too, which is good.

“If you can create those relationships off the field, that will only be beneficial. I had that with [United centre-back partner] Nemanja Vidic. Off the field we were very tight and on the pitch it went well, too.”

Arsenal and Tottenham 'both interested in signing Flamengo's Gerson'