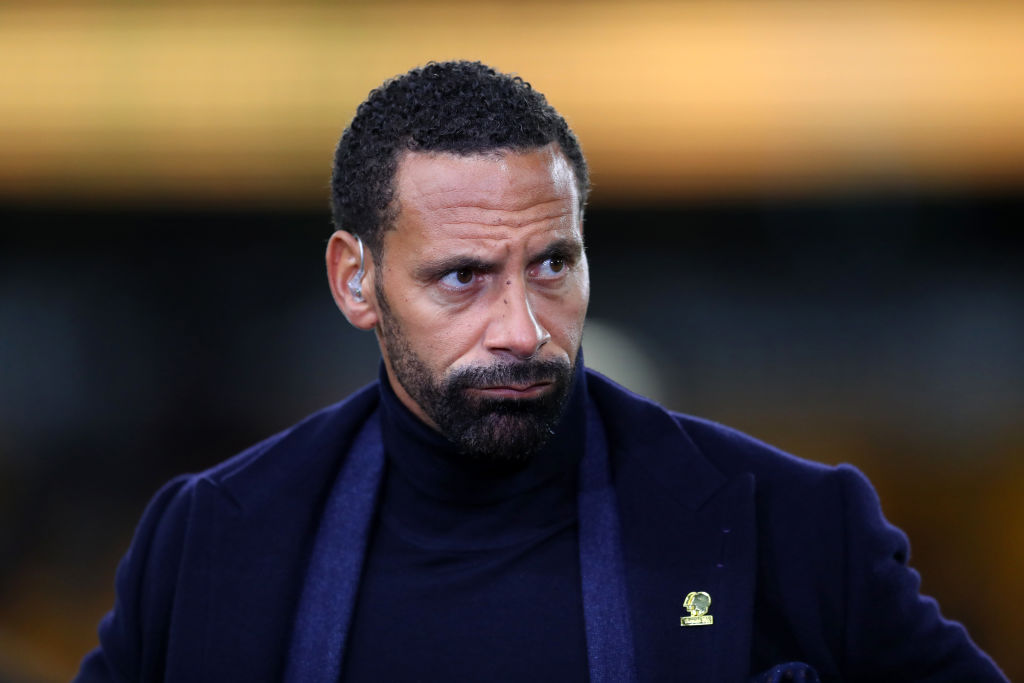 The Red Devils have signed Raphael Varane from Real Madrid, Jadon Sancho from Borussia Dortmund and Tom Heaton from Aston Villa this summer.

But Ferdinand believes Manchester United could still bolster Ole Gunnar Solskjaer’s squad with another signing before the window closes at the end of the month and says Saul and Rice are ‘perfect’ targets.

Spain international Saul has been heavily linked with a move to the Premier League over the past 12 months and helped fire Atletico Madrid to the La Liga title last season.

Rice, meanwhile, has established himself as West Ham’s most important player in recent seasons and starred for England at this summer’s Euros.

‘I think if the right player becomes available for the right price, Ole Gunnar Solskjaer will go and get him,’ Ferdinand told his FIVE YouTube channel.

‘The problem is who is out there and who could be a good fit? Saul Niguez would be a perfect fit and he’s asking price was £160m a couple of years ago, now it’s more like £40-50m.

‘In today’s game that’s a decent price for someone like him who has Champions League experience. I’m a big fan of his. If you can get him in this window, I think you do it.

‘I think Declan Rice would be a massive addition to this squad. I’m a massive fan of his. I would love to see him keep progressing.

‘He was brilliant for England in the summer. I think if West Ham keep him they’ve done unbelievably well. I think he does well staying at West Ham or if he goes.’

Manchester United kick-started their Premier League campaign with a 5-1 victory over Leeds United on Saturday. Solskjaer’s side travel to Southampton this weekend.