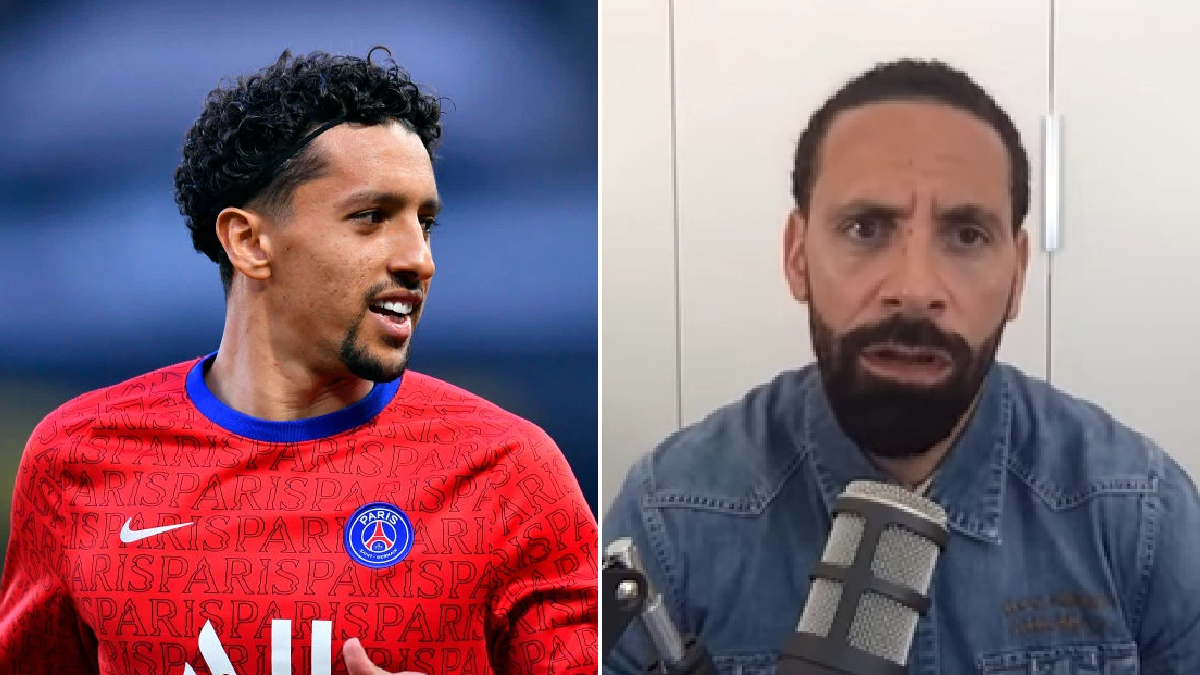 Rio Ferdinand says Chelsea and Manchester United need look no further than Paris Saint-Germain’s Marquinhos if they want to sign a centre-back, describing him as the ultimate big-game player.

The two Premier League giants are both in the market for a new central defender this summer, with United rumoured to be in talks to sign Villarreal’s Pau Torres and Chelsea linked with the likes of Jules Kounde and Niklas Sule.

But Ferdinand says there is only one player they should be looking at to upgrade their defence, identifying PSG skipper Marquinhos as one of the very best centre-backs in the world.

‘If any team is in the market for a centre-back, right now, out of the top teams, with the finances, Marquinhos is the only place I’m going,’ Ferdinand said on his Vibe with Five YouTube show.

‘Big-game player. Every big game you see that guy play he turns up.

‘Fit as you like, quick, robust, hardened, battle-hardened, understands the big-game environments. Top, top player, great attitude, leader, got it all.

‘If I’m looking for a centre-back of experience who can take me to the next level, he’s the one I’m going for.’

Ferdinand believes Chelsea are only missing a ‘top centre-half’ to challenge for the Premier League title next season, while he feels United could also use some extra firepower and flair up top.

Despite Edinson Cavani having signed a new deal, and with an array of attacking options already at Ole Gunnar Solskjaer’s fingertips, Ferdinand is desperate to see his old club make another big play to sign Jadon Sancho from Borussia Dortmund this summer.

‘For the third season on the spin he’s got 30+ goal involvements,’ said Ferdinand when asked about Sancho. ‘This is for a 21-year-old kid!

‘I don’t care where he’s playing, he’s in the Bundesliga, it’s ridiculous for anyone to be saying he shouldn’t be in the England squad.

‘The kid is the real deal and someone like Man United or whoever, one of the top teams, has to go out and get this boy because he brings the playground to the stadiums.’