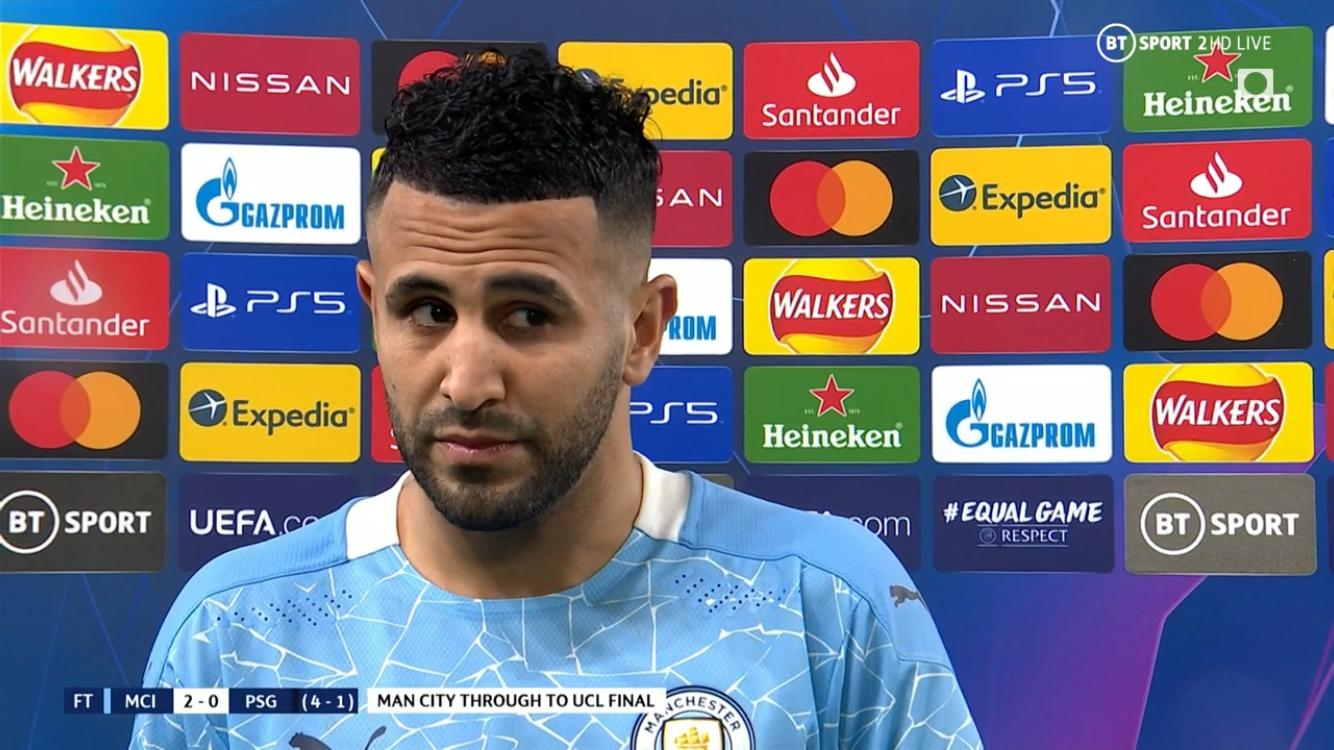 Pep Guardiola’s side, who are on the verge of winning the Premier League, boasted a 2-1 lead ahead of the second leg and cruised to a 2-0 win at the Etihad, with Mahrez scoring both goals.

‘It was a very good game,’ Mahrez said in his post-match interview. ‘We didn’t start well again – we didn’t have a good first half but we got the goal and we were more comfortable.

‘We played well second half and we could have scored more. They lost their nerve and started to kick us and after the red card it was more comfortable.

‘It wasn’t the game plan to counter attack, but they had to come at us and maybe at times we were a bit deeper and we are good on the counter. That’s how the two goals came about and we are happy.’