Roma 1-1 Torino: Nemanja Matic rescues a point for Giallorossi after Karol Linetty’s header put the visitors in front… with FURIOUS Jose Mourinho shown a red card from the touchline

Roma 1-1 Tornio: Jose Mourinho was sent to the stands as his Roma side rescued a point with a late goal at the Stadio Olimpico.

After a quiet first-half that saw both side’s fail to register a shot on target, the Serie A fixture really picked up steam after the interval.

42-cap Poland international Karol Linetty missed out on making Czeslaw Michniewicz’s 26-man squad for the upcoming World Cup, but the midfielder redeemed himself with a just his second Torino goal to put the visitors in front. 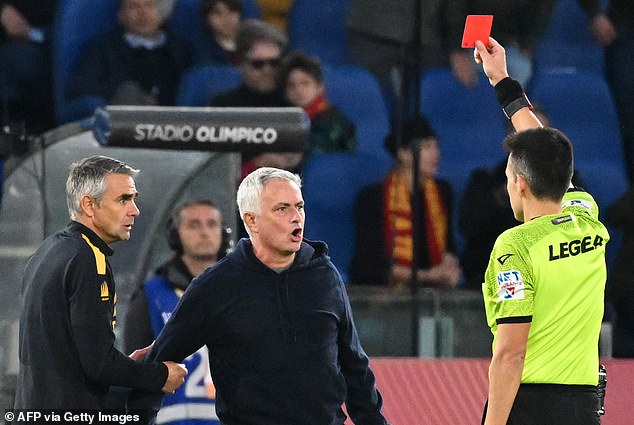 Latching on to a ball from former Arsenal target Wilfried Singo, Linetty rose up high to direct his header beyond Rui Patricio in the Roma goal.

Roma had a chance to equalise just moments after the opening goal when Nicolo Zaniolo’s searching free kick failed to find a teammate to direct the ball goalwards.

The home side continued searching for an equaliser as the second half wore on, and Mourinho opted to bring on star man Paulo Dybala for his first competitive minutes since suffering an injury in early October. 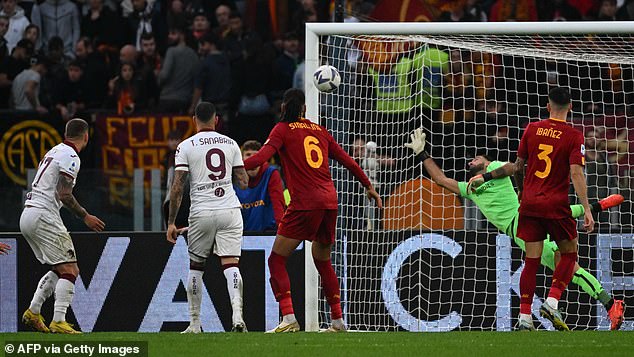 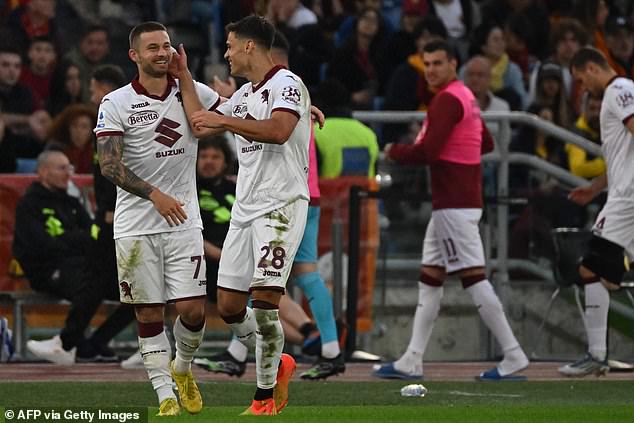 Dybala’s introduction seemed to buoy the spirit of his teammates and Roma came close on several occasions in the latter stages of the game with the former Juventus star having the pick of the chances but failing to trouble the Torino goalkeeper.

Roma later had a penalty shout when Singo’s boot appeared to brush the face of Roger Ibanez inside the Torino box but the referee waved off the home side’s protestations.

An irate Dybala was booked in the closing stages for his comments to the referee as Roma repeatedly felt they had been hard done by as a result of the official’s decisions. 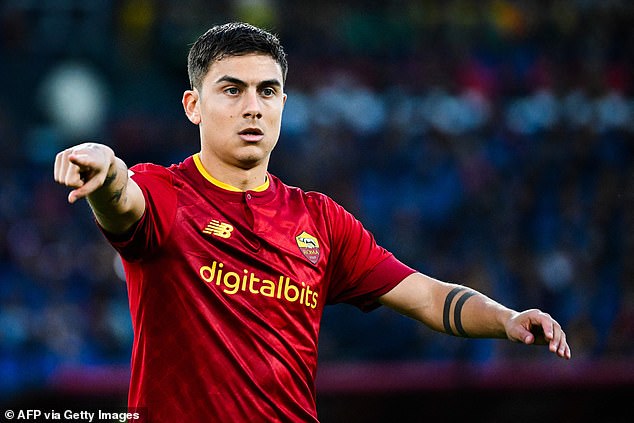 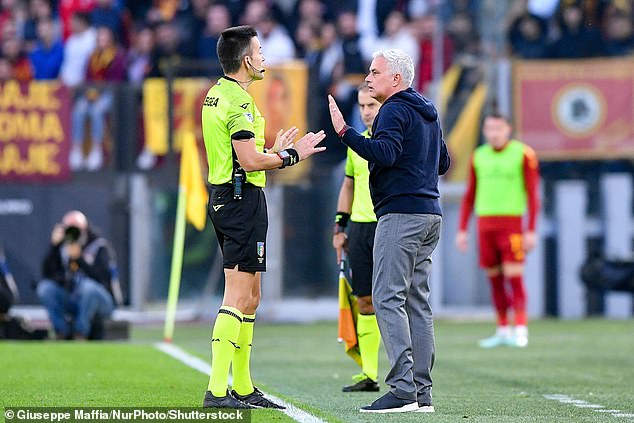 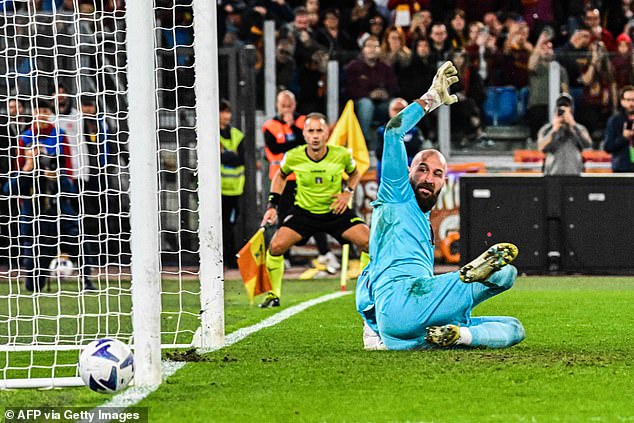 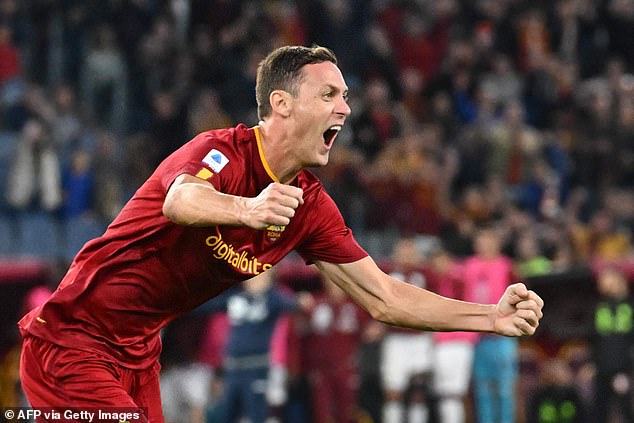 But it was Mourinho who took his protestations one step further, leading to the referee sending the manager into the stands.

Seconds after their manager’s dismissal, the home side would be handed a lifeline when they were awarded a spot kick after Dybala was brought down in the box.

Against the club with which he earned legendary status, Andrea Belotti was unable to convert his injury-time penalty, but his miss would be quickly forgotten when Roma got the goal they had searched so hard for after Nemanja Matic capitalised on a rebound to equalise in the final seconds of the game.