Roma boss Paulo Fonseca has admitted he wants to either sign Chris Smalling permanently or keep him on loan for an extra year next season. The Manchester United defender has spent the year on loan in Rome, and has been hugely impressive for the Serie A side.

United defender Smalling has refound himself while on loan at Roma.

In recent years at Old Trafford, the centre-back has struggled for consistency.

But this season he has been much more impressive, having played 21 league games for Fonseca’s side.

He missed the first four games of the season through injury, but has since made himself a regular feature in the Roma side. 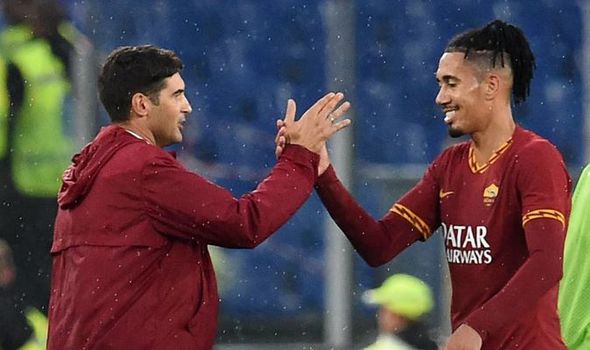 He went on to make 21 starts from 22 games in the league, and clearly impressed Fonseca in the process.

The Roma manager admitted on Friday that he wants to keep the 30-year-old at the club next season, and predicted that Smalling wants to stay as well.

“I will do everything I can to keep him at Roma next year too,” he told ESPN.

“I know he wants to stay, let’s see what happens.

Great Big Lockdown Survey: Tell us what life’s like for you by answering THESE questions

Create your own survey at doopoll.co

“He’s an amazing man, so humble, so professional.

“He is adored by the fans and established himself as one of the leaders in the dressing room.

“It’s not easy for English central defenders to adapt so quickly to Italian football, the record there isn’t good. But he has been amazing.”

Earlier in the season, Ole Gunnar Solskjaer indicated that he wants to keep Smalling despite Roma’s interest. 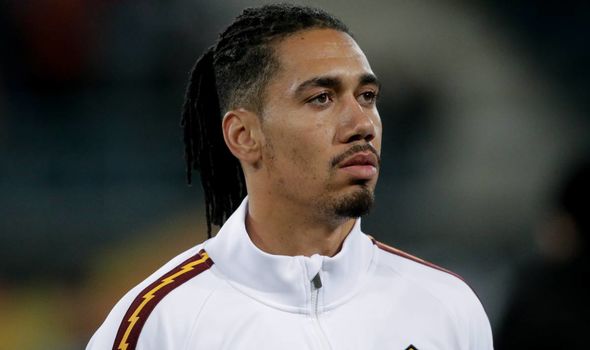 He simply replied: “yeah.” when asked if the defender would be returning to United this summer.

Meanwhile, Roma are also set to complete the signing of Henrikh Mkhitaryan during the upcoming window.

The winger has been on loan from Arsenal this season and has been impressive, with Roma ready to offer up Cengiz Under in exchange.

Mourinho admits Spurs will struggle to get back into Champions League