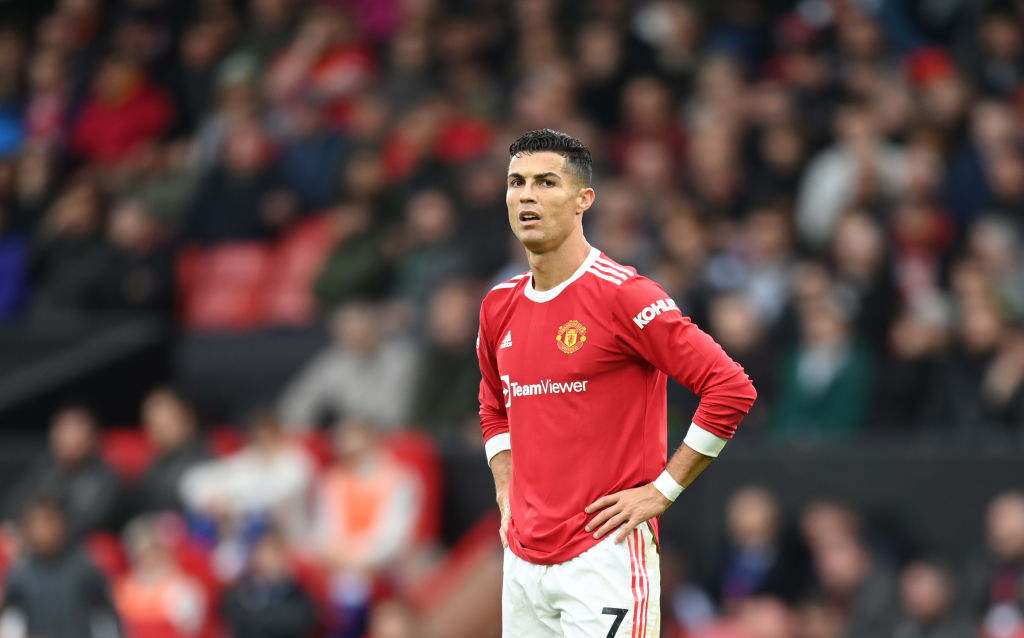 Cristiano Ronaldo was in no mood to hang around, heading straight down the tunnel, after Manchester United’s 1-1 draw with Everton at Old Trafford.

The 36-year-old was surprisingly left on the bench for the clash, with Ole Gunnar Solskjaer explaining before kick-off that he needed to freshen up his team following their exploits in midweek.

Ronaldo had scored a last-gasp winner for the Red Devils against Villarreal on Wednesday and had to settle for a role on the sidelines on Saturday.

Anthony Martial put United a goal up in the first half, but Andros Townsend’s second-half equaliser means Solskjaer’s side are without a win in their last two Premier League games.

Although he came on for Edinson Cavani in the 57th minute, Ronaldo was unable to inspire his side to victory like he did in midweek.

Being the perennial winner he is, and having scored five goals in five games prior to the game, he stormed off down the tunnel as soon as the full-time whistle went, visibly frustrated and muttering to himself.

‘Disappointing the result, I understand that, we’ve all been there,’ United legend Rio Ferdinand told BT Sport of Ronaldo’s actions.

‘He scored five in five, he’s a man in form who wanted to continue that vein in form and get goals – shoot his team to victory on a day like today.

‘I understand frustrations and it comes out sometimes like that, [Paul] Pogba was straight down the tunnel after him, both probably disappointed.’