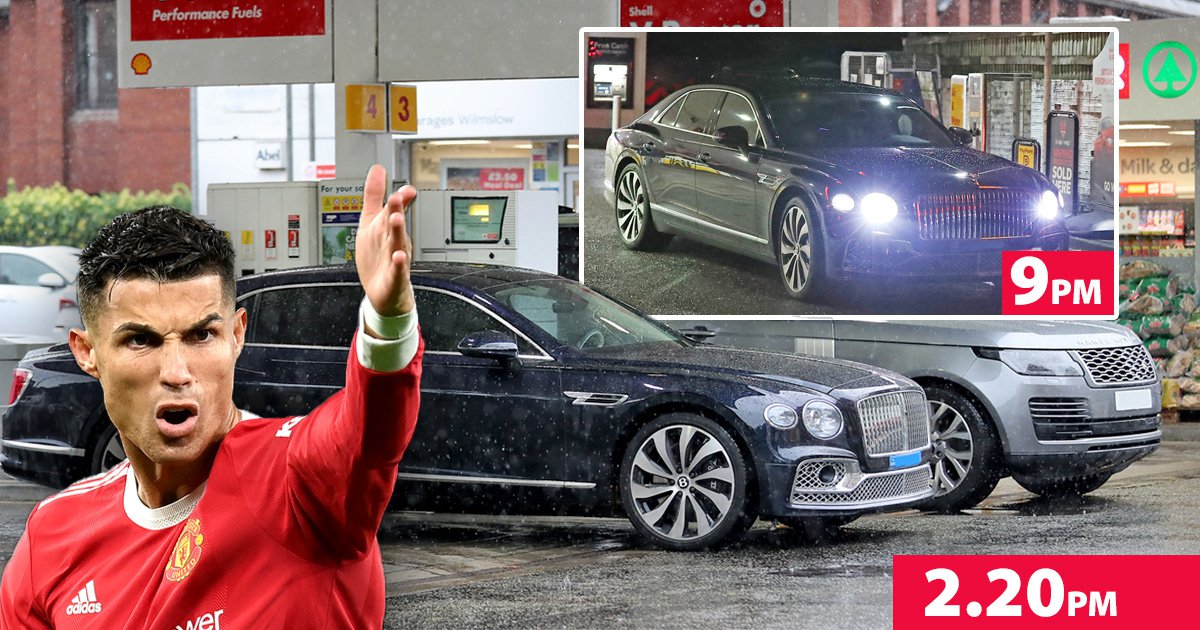 Cristiano Ronaldo’s driver sat for nearly seven hours at a petrol station but had to leave in his £220,000 Bentley without a drop.

The Manchester United star’s lush ride was spotted in a Shell forecourt a few miles from the forward’s home but, like the rest of the nation, his efforts to fill up were in vain.

A member of Ronaldo’s security team driving a Range Rover was also parked up alongside the Bentley but suffered the same fate.

The Sun claim both drivers pulled up at 2.20pm, hoping a tanker would arrive at the filling station, but after six hours and 40 minutes they realised they would have to leave without refueling and drove away at 9pm.

Ronaldo was nowhere to be seen but it seems one of the world’s best footballers is in the same situation, as the majority of the UK struggles to fill their cars up while queues at petrol stations continue to cause disruption.

Prime Minister Boris Johnson has claimed the UK fuel crisis is ‘stabilising’, and dismissed calls for key workers to be given priority at garages, but millions are still encountering problems.

A source told the newspaper: ‘Even with all Ronaldo’s money, he’s in the same boat as the rest of us.

‘His security waited for hours obviously hoping a tanker would eventually arrive but they were forced to drive off.

‘The two men looked so fed up waiting in the rain. Ronaldo might be housebound like everyone else if this keeps up.’

Ronaldo recently splashed out on the flash Bentley Flying Spur and has been spotted arriving at United’s training ground in his new motor during the past week.

The five-time Ballon d’Or winner netted an injury-time winner as the Red Devils came from a goal down to take maximum points.

Speaking at full-time after his heroics, the 36-year-old said: ‘Now everything is possible everything is open and we believe we will go through.

‘This is why I came back, I missed this club a lot. I made history in this club, and I want to do it again.

‘I have to say thanks you to all of them [the fans], not just for me, but to push the team which will be very important especially this season.’

Watford forward Troy Deeney reflects on his troublesome past