Roy Hodgson has told the Premier League’s top six that they will not be able to sign Crystal Palace starlet Eberechi Eze this summer. The midfielder secured the Eagles’ top-flight status with a stunning performance against Sheffield United yesterday.

Eze weaved through the Blades’ defence to set up Christian Benteke’s opening goal at Bramall Lane. He then embarked on a solo run from his own half before his strike deflected in via John Fleck.

It was a goal reminiscent of one he scored against the same opposition in January.

The goal – should it still be credited to him – and assist takes the former Queens Park Rangers man to four goals and five assists in an impressive maiden Premier League campaign.

Eze’s form will naturally prompt transfer interest, with Arsenal reportedly keeping tabs on the player who was once part of their academy. Tottenham also showed an interest before his summer move to Selhurst Park. 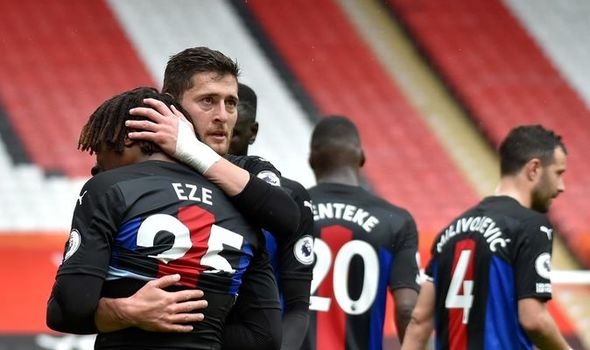 Palace signed Eze from QPR for an initial £15 million up-front fee, with an extra £5 million in add-ons and clauses.

Hodgson was first asked if he felt England should be ensuring that the 22-year-old remains committed to the Three Lions, having represented them at under-20 and under-21 level. Eze also qualifies for Nigeria.

But the 73-year-old said he had not given it any thought. “When it comes to nationality, I’ve got to be honest with you: I’ve never given it a thought,” Hodgson said.

“But at the same time, he’s been playing regularly for the England under-21s and I’ve just automatically assumed that that’s where he sees his career in England and he’ll keep fighting for a spot.”

Then asked if he expected interest from bigger clubs in the next transfer window, Hodgson fended off interest.

“Oh, I’d not really thought about that. These are all good questions, but I mean what occurs to me is that we’ve only just signed him,” Hodgson, who is yet to extend his contract beyond the summer, said. 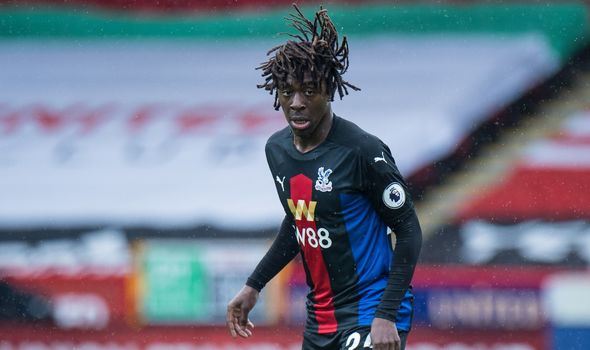 “It was quite an investment for our club to pay £15million and £5million in add-ons, that’s quite a big investment for us. I wasn’t contemplating that it would be an investment that would last one season then he would move somewhere else. So I hope that’s not the case.

“And I’m pretty sure the club will work very, very hard to make certain that any interest in him will be warded off, because we brought him into the football club to play for us and make us better.

“We didn’t bring him into the club in order to make some small profit on one transfer at the end of the first season.”