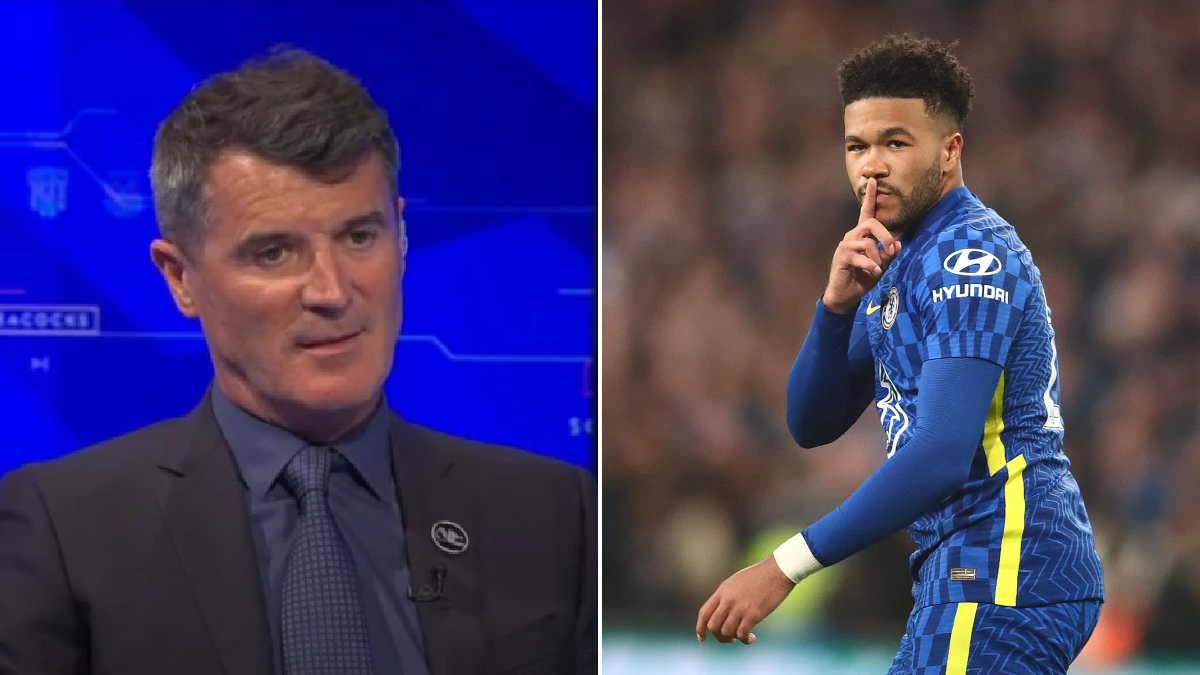 Roy Keane says Chelsea are ‘lucky’ to have ‘outstanding’ Reece James after his impressive performance in the 1-1 draw with Manchester United.

Due to injury issues, James made only his third Premier League start since December in Chelsea’s clash at Old Trafford on Thursday night.

Despite his recent fitness struggles, the 22-year-old produced an impressive performance for the Blues, creating a number of chances and almost scoring when a curling effort struck the post.

After the 1-1 draw – which was secured when Cristiano Ronaldo cancelled out Marcos Alonso’s opener – Keane singled out England international James for praise.

‘What a player Reece James is,’ the Manchester United legend said said during Sky Sports’ coverage.

‘He looks like a boxer. His distribution, movement, strength. He seems like a nice kid too. He’s a clever lad, could play in any position.

‘Chelsea are a lucky club to have him. Outstanding.’

European champions Chelsea were the better team at Old Trafford but Ronaldo’s equaliser earned Manchester United a point, though that will likely not be enough as Ralf Rangnick’s side look to finish in the top four.

Blues boss Thomas Tuchel said: ‘We should have had three points tonight. On and off the ball I was happy with how we played.

‘We were very brave without the ball and the performance was excellent but we lacked a bit of determination and maybe a bit of luck inside the box.

‘We have had it a bit too often this season where we have drawn games when we were clearly the better team. We had it in the first half of the season. We should have won this game.’

The Old Trafford stalemate means Chelsea and Manchester United stay third and sixth respectively in the Premier League as the season draws to a close.

Chelsea travel to Goodison Park to face relegation-battlers Everton on Sunday while Manchester United return to action on Monday night against Brentford.

Jose Mourinho hits out at referee Andre Marriner over penalty