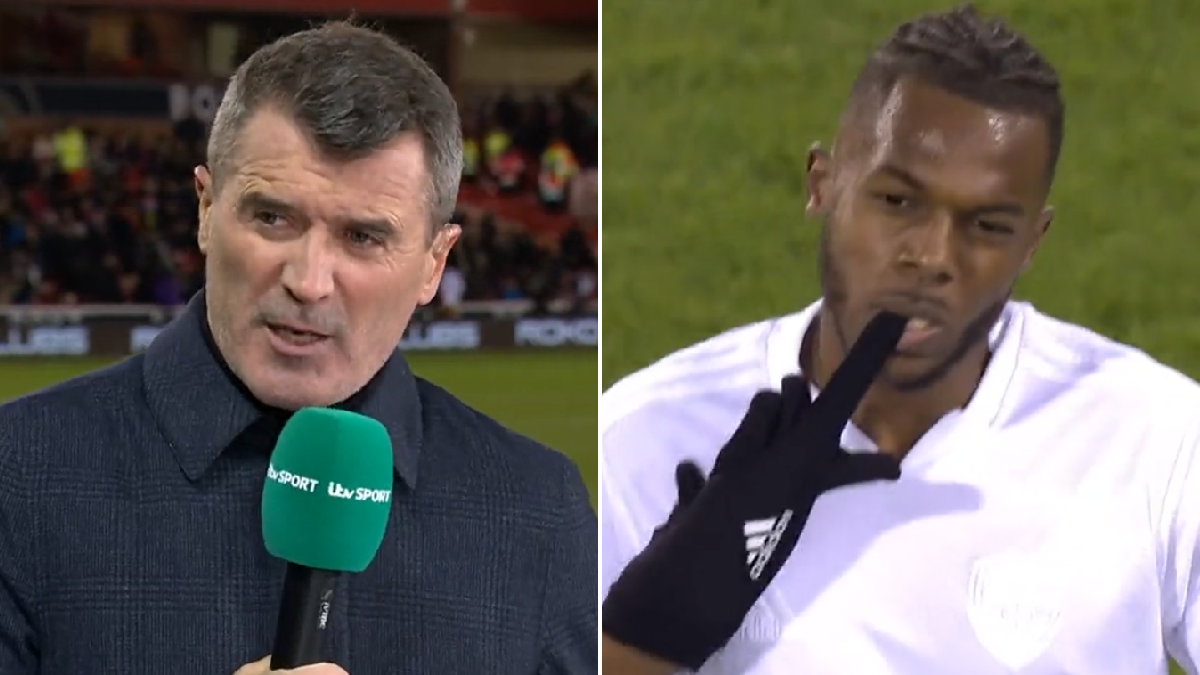 Roy Keane has slammed Arsenal for playing like a ‘pub team’ in their FA Cup tie against Nottingham Forest and insists Nuno Tavares can have no complaints with being hauled off by Mikel Arteta.

Arsenal laboured in a dull first-half at the City Ground with summer signing Tavares enduring an error-strewn start to the contest.

By the 35th minute, Arteta had seen enough and replaced the Portuguese with Kieran Tierney.

Tavares left the pitch slowly before removing his gloves and tossing them to the floor as he headed for the dugout.

Giving his verdict on the full-back’s reaction, Keane told ITV: ‘Why is he upset? He must know [he’s at risk of being taken off].

‘He’s right in front of the dugout and the manager, he’s been sloppy in everything he’s done.

‘Okay, a player can make a mistake but that sloppiness is down to his attitude and the way he started the game and you can’t start a game like that. You’ll get dragged off.’

Arsenal had won five of their last six games heading into their third round tie on Sunday with their only blip a last-minute defeat to Manchester City.

But Keane was unimpressed with what he saw from the Gunners and hosts Forest after a goalless first 45 minutes.

‘It’s been rubbish, you have to be critical of both teams. Forest are the home team, you think: ‘Come on get on the front foot, get bodies in the box.’

‘Arsenal for all their quality, they looked like Real Madrid [recently]  but they are playing like a pub team.

‘It’s been so poor, the pace of passing, the decision-making, passing it behind people. Really rubbish.’