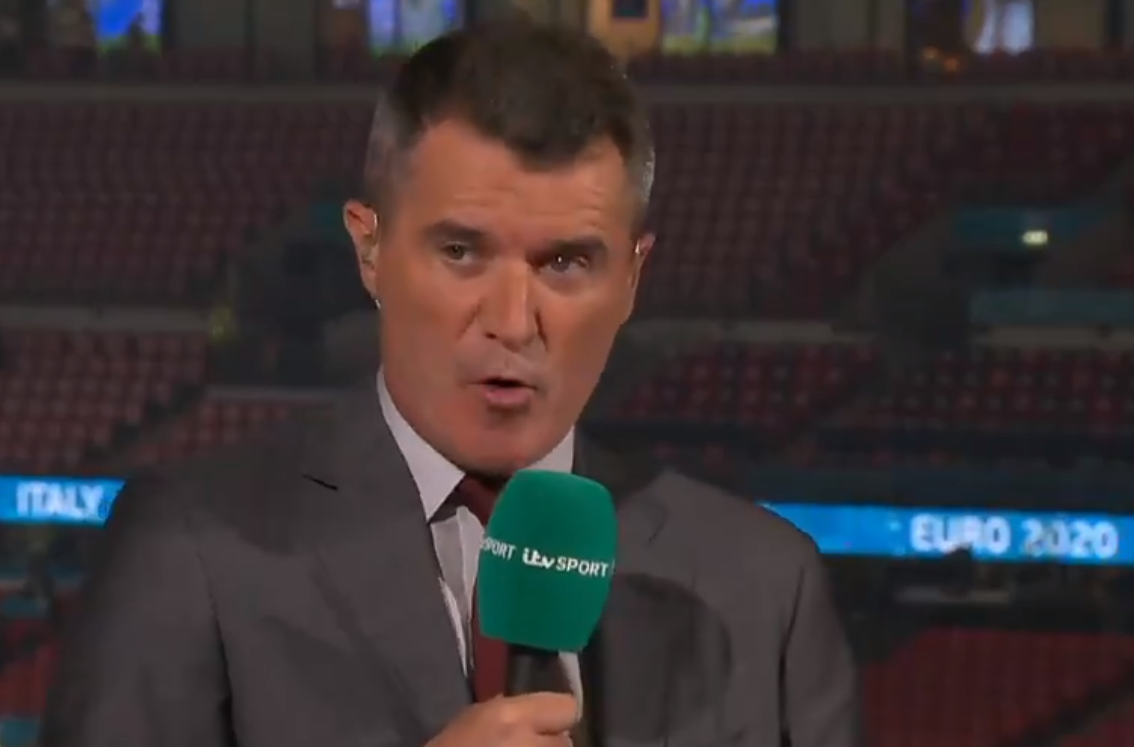 Roy Keane admits he was left feeling sorry for Bukayo Saka after several of England’s more experienced players declined the opportunity to take a penalty during Sunday’s dramatic shootout defeat against Italy at Wembley.

Gareth Southgate’s side took an early lead through Luke Shaw, but were second best once Leonardo Bonucci equalised midway through the second period, scrambling home a scrappy goal after England failed to clear a corner.

Neither team really threatened in the additional 30 minutes, before Italy prevailed 3-2 in the shootout after subsitutes Marcus Rashford, Jadon Sancho and Saka all missed from 12 yards.

Former Manchester United skipper Keane took issue afterwards with the fact that both Sterling and Grealish allowed Saka to step-up before them, and felt sympathy for the crestfallen Arsenal teenager.

He told ITV: ‘If you’re Sterling or Grealish you cannot sit there and have a young kid walk up ahead of you.

‘You can’t sit there and see a young kid, 19, a child walk up in front of me and I’ve played a lot more games, got a lot more experience.

‘Sterling’s won trophies, I’m not saying he wasn’t prepared. Gareth might have been thinking you’re going to be sixth or seventh. You can’t sit there. That must be hard to take.

‘You’ve got to get in front of this young kid and say listen I’ll step up before you.’

England manager Gareth Southgate, meanwhile, accepted the blame for Saka’s miss revealing he made his mind up on who would take penalties based on how the players had practiced in training.

He said: ‘That is down to me, I decided on the penalty takers based on what they have done in training and nobody is on their own.

‘We have won together as a team and it is on all of us together to not be able to win the game tonight and in terms of penalties it is my call and it totally rests with me.’