Arsenal have received a transfer boost in their pursuit of Dusan Vlahovic after it was confirmed the Fiorentina star has turned down a mammoth contract offer.

The Gunners were reported to be ready to do battle with north London rivals Tottenham in the race for the 21-year-old striker in summer, while they continued to be linked late last month.

Those reports prompted Fiorentina’s club president Rocco Commisso to publicly talk down any prospect of a move. 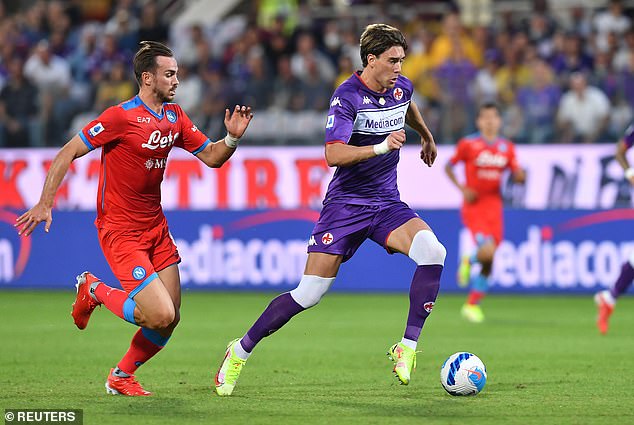 Commisso insisted that the club intended to tie Vlahovic down to a new long-term deal worth £35m to ward off his suitors, according to The Mirror.

But it now seems certain that the Serbian will be on the move next summer after contract negotiations broke down.

‘When I arrived in Florence, I promised the fans that I would be up front with them and that I would never make promises that I couldn’t keep,’ Commisso shared in an official club statement on Tuesday morning. 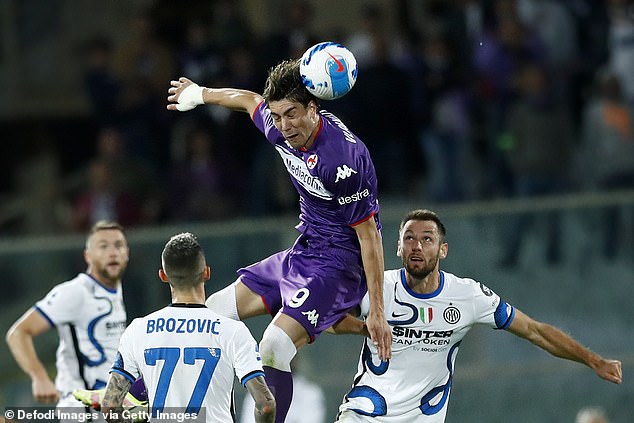 ‘I would therefore like to update the Fiorentina fans on an issue that has been much talked and spoken about in recent months – the question of Dusan Vlahovic’s contract.

‘We also improved our offer on a number of occasions in order to accommodate the requests of both Dusan and his entourage. However, despite our efforts, those offers have not been accepted.

‘During my time in Florence over the past few weeks, I have personally endeavoured to find a solution that would make both the player and the club happy, but I am disappointed to say that our efforts and attempts have not been rewarded. 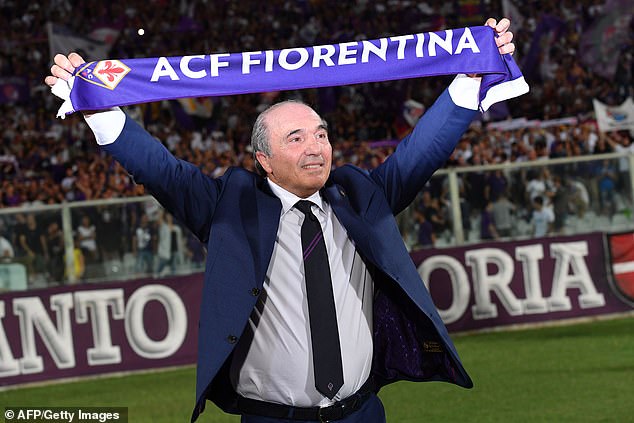 ‘At this point, all that we can do is acknowledge the wishes of the player and his entourage and quickly identify feasible, appropriate solutions as we proceed with this exciting new season.

‘In any case, Dusan Vlahovic has a contract linking him to Fiorentina for the next 21 months. We have no doubt that the player will – as he always has – do his bit to help the team achieve its objectives, showing the same level of professionalism he has shown since he arrived in Florence, with the utmost respect from our fans, his team-mates, the coach and the club as a whole.’

Vlahovic’s refusal of the lucrative new deal comes at an opportune moment for Gunners boss Mikel Arteta who could look to replace Alexandre Lacazette. 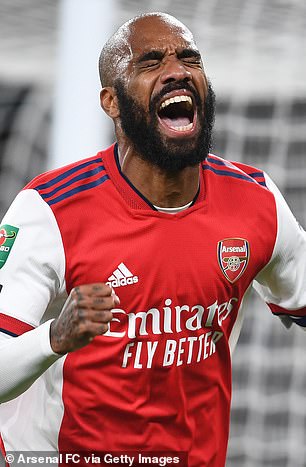 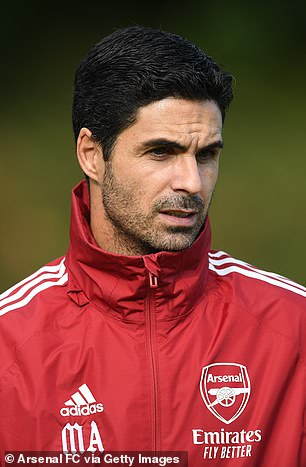 The 30-year-old looks set for an Emirates exit as his contract with the London club expires at the end of the season and he will be free to walk away for nothing.

Dominic Calvert-Lewin and Ollie Watkins were reported to have been added to Arsenal’s striker shopping list earlier this week as the clubs ramps up their search for potential replacements.

Vlahovic enjoyed an excellent campaign for Fiorentina last season, netting 21 times in 37 Serie A matches, and his fine form has seen him attract interest from a host of clubs across Europe, including Arsenal’s rivals Tottenham and Liverpool.

Ilkay Gundogan: Manchester City have no plans to sell midfielder this summer