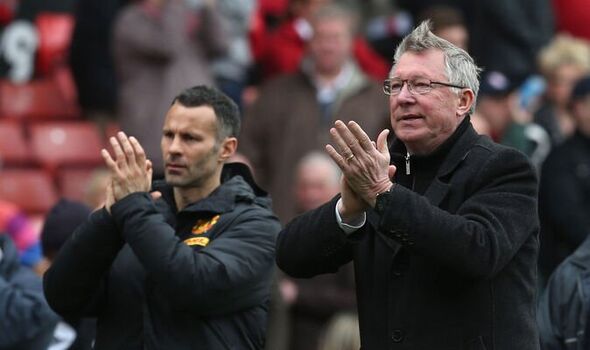 Ryan Giggs has a “fantastic temperament” ex Manchester United manager Sir Alex Ferguson told jurors today. The 80-year-old came to Manchester Crown Court in person to give evidence about Giggs during his trial.

The 48-year-old former Manchester United star is accused of controlling and coercive behaviour towards his ex Kate Greville, 36, during their six-year relationship.

Asked by Giggs’ barrister Chris Daw QC about Giggs’ temperament, Sir Alex said: “There was the issue of the dressing room became I used Ryan a lot  – when I lost my temper about a performance I would use Ryan as the example.

“Sometimes he got the sharp end of my tongue. I knew he could take it and he was strong enough and I know everyone else in the dressing room would say oh, if Ryan Giggs can take it we can all take it.”

Sir Alex said: “Fantastic temperament, wonderful temperament. To have a career as long as he had and to be in a position where he had energy. He did everything we wished for. “He was without doubt the best example I had at the club. Everyone looked at Ryan as number one.”

Asked if he had ever seen Giggs become “angry or aggressive” Sir Alex said: “No, no.”

Mr Daw also asked how the two met, to which Sir Alex said: “On one occasion we started visiting his house to convince him to come to Manchester United. [He was] 13.

“We tried hard to convince him to come to Manchester United but the main contact was his mother. She was very good and very accommodating. She welcomed our visits time and time again.

“Ryan was a quiet boy; he just sat there and listened to what we were saying.

“The club had been through a bad period when I joined in 1986. So it was a big job to do and we saw Ryan as one step towards a better club.”

He added: “As I said he was a quiet boy and really we dealt through the mother.

“The press, the media started comparing him with George Best and we had to face a lot of media attention on the boy and I said to his mother if you really trust me I will look after him and, if anyone from the media came to him, they had to come through me.

“We had to protect him because when someone says they’re the next George Best it’s a big thing, a big issue. But the boy was great. There was no problem.”

Asked if Giggs had “a lot of girlfriends”, Sir Alex said: “When he was older we had dinners at the end of the season. He would bring a friend with him yeah.”