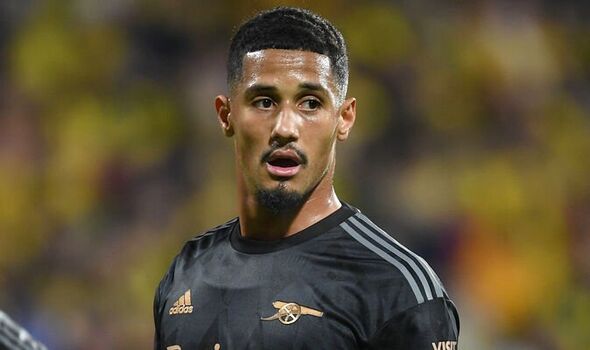 William Saliba’s contract at Arsenal reportedly expires at the end of this season. However, the Gunners do have an option to extend the deal by a further year.

Three years after joining the club, Saliba’s Arsenal career has finally taken off. The Frenchman has taken to the Premier League like a duck to water.

But after just 11 appearances in an Arsenal shirt, there is already talk over his long-term future. There have been differing reports over how long there is remaining on his current contract.

Football.london have claimed Saliba’s deal runs until 2024, with the club having an option to extend it by a year. But now The Athletic have provided different information.

The report claims Saliba’s deal actually expires at the end of the current season. Arsenal have an option to extend it to the summer of 2024 but no further.

The 21-year-old has already established himself in an Arsenal side who are flying high at the top of the Premier League. So pinning him down to a long-term deal is high on the agenda.

Bukayo Saka’s contract expires in 2024 and he is the closest to signing a new deal. Both sides are confident pen will be put to paper soon.

Gabriel Martinelli’s contract is also up in 2024 but The Athletic says there is an option to extend it until 2026. The Brazilian’s immediate future is therefore not as much of a worry but Arsenal still want to reward him after becoming a key first-team member, and he wants to stay at the Emirates.

But the news on Saliba will be the most worrying to Arsenal supporters. There has been reported interest from the likes of Paris Saint-Germain and Real Madrid in the centre-back and the World Cup will only amplify his talents.

Saliba has started all 10 of Arsenal’s league matches so far this season alongside Gabriel. His performances have meant £50million signing Ben White has had to play at right-back, a position he has excelled in.

Speaking earlier this month, Saliba admitted contract talks had begun with the club. However, he remained coy on how close he was to signing a new deal.

Manager Arteta has remained confident Saliba wants to stay. He commented: “If I look at how he talks about the club and how much he wants to be here, I have no doubts that he wants to continue to be here.”